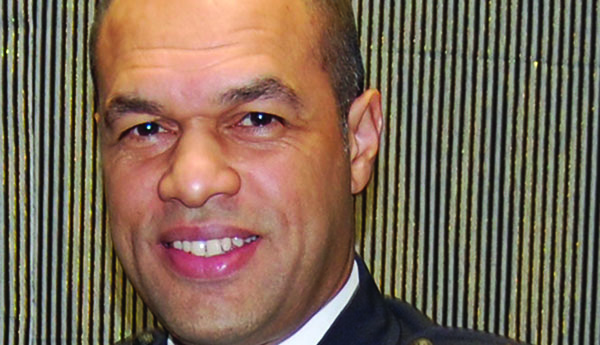 TORONTO, Ontario – Four organizations in the African Canadian community have thrown their support behind Deputy Chief Peter Sloly to be selected the next Chief of Police of the Toronto Police Service (TPS).

The African Canadian Legal Clinic, Association of Black Law Enforcers, Coalition of Black Trade Unionists and Midaynta Community Services have written a letter to the Toronto Police Services Board (TPSB) endorsing the candidacy of Sloly.

“Of the known leading contenders for the position, none have publicly demonstrated equal or more willingness than Deputy Chief Sloly to actively engage and openly discuss the critical issues in policing that have the most disproportionate and detrimental impacts on the African Canadian community,” reads the letter, dated March 23.

It noted that these issues include carding, racial profiling, police use of force, the school to prison pipeline, and general victimization of the community by gangs, guns, drugs and hate crimes.

Anthony Morgan, policy and research lawyer at the African Canadian Legal Clinic (ACLC), said the organizations did not go blindly into endorsing Sloly but considered the full field of leading candidates “thinking about accountability for our community, who also has a track record for making positive steps for change.”

Morgan has found himself on opposite sides of the table with Sloly as it relates to seeking more equitable treatment of the African Canadian community but notes that, “In the nature of this work, even if you sit on the opposite sides of issues or we’re advocating for the community and sometimes we’re not always seeing eye to eye, there’s still a respect there for him and for all the other chiefs and deputy chiefs alike.”

The organizations noted that Sloly, through his years of leadership in policing, has demonstrated himself to be a progressive and inclusive community relationship-builder.

“This points towards Deputy Chief Sloly serving as a meaningfully progressive Chief of Police whose leadership will be as equitably inclusive as we aspire our diverse city to be.”

They said the deputy chief has acquired the requisite leadership competencies through which community relationships and a sense of collectively and inclusivity can offer important lessons.

“His appointment would serve as an example to not only the TPS and the City of Toronto, but to all of Canada.

“Our TPS needs a leader who is not perceived as or fulfills the stereotypical adage of a token. Simply being a Black face or another person of colour is unacceptable. Our TPS needs a leader who dares to harness the power of community voices that work to push for change and accountability based on our city’s most pressing needs. We steadfastly believe that Deputy Chief Sloly meritoriously meets all the criteria and is the most ideal candidate to lead this change with accountability.”

In his column on March 23, James quotes extensively from an interview with Keith Forde, former deputy chief and the first Black deputy chief of the Toronto Police Service, who fully endorses Sloly. Forde is puzzled as to why Police Chief Bill Blair has not come out in support of Sloly’s candidacy, whom it seems the chief has been preparing for the top position.

Earlier in March, Morgan and Margaret Parsons, executive director of the ACLC, wrote a commentary in the Toronto Star entitled, “Is the Toronto Police Service open to a black chief?”

“While many have speculated about the outcome, there is one critical point worth considering: this selection provides an ultimate test for whether diversity’s strength is great enough to lift a qualified African Canadian to the rank of the city’s next top cop,” they opined.

The term of the Chief Blair will end on April 25, after the TPSB denied his request for a two-year contract extension in July 2014.

“It should be clearly understood, however, that pursuant to the mandates of our respective organizations, whether Deputy Chief Sloly is rightfully promoted to be the next Chief of Police or is unwisely overlooked or adversely impacted for reasons not due to merit or his superior and demonstrated qualifications, our expectations for much-needed positive and transformative change in the policing of our community will remain the same,” the letter to the TPSB said.

In an email, Morgan invited community members to express their support for the letter of endorsement and for Deputy Chief Sloly’s candidacy as the next chief of police.

“The African Canadian Legal Clinic strongly encourages you to contact the Toronto Police Service Board directly at the following email address: board@tpsb.ca,” said Morgan in the email.

“You too have a say in this decision which will have a significant impact on how the police will operate in your neighbourhood and throughout our city. Let us come together to make sure the collective interest of the African Canadian community is heard on this impending decision,” he said.

Morgan said there is tremendous possibility for the community to impact the future of policing through exercising its voice.

“If I didn’t believe that, if we as an organization didn’t believe that we wouldn’t call on the community to do that, so while there is certainly an internal process that is ongoing, we have influence, we do have a say. The $370,000+ that the next chief will get – that’s actually our money that we pay for in taxes so we have the opportunity to speak to the future of policing and, I would say, a civic obligation to do so and being silent is not an option,” he said.

The letter of endorsement to the TPSB noted that, “As a community, we have come too far, witnessed too much progress, and seen too many of our people and homes negatively impacted by anti-Black biases in policing to let this decision unduly impact our work.”

“Regardless of the choice for the next Chief of Police, our community will remain tenacious in our collective pursuit of change and accountability. Our focus and activities will always be unwaveringly committed to ensuring that the rights and dignity of African Canadians are respected and protected by the TPS in a manner that is most consistent with the Ontario Human Rights Code, the Police Services Act and Toronto Police Services Board policy,” the letter said.