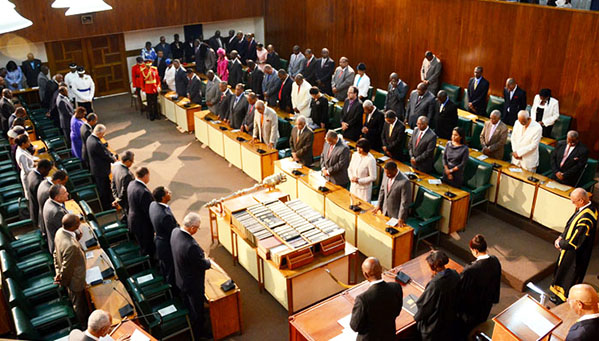 New Jamaica Cabinet To Be Sworn In Tomorrow

KINGSTON, Jamaica, Mar. 6, (CMC) – The members of the Andrew Holness-led Cabinet will be sworn in tomorrow.

An advisory from the Jamaica Information Service (JIS) says, the ceremony is scheduled for 2pm (local time) at King’s House – the official residence of Governor General, Sir Patrick Allen.

Holness was sworn into office on Thursday, one week after the Jamaica Labour Party (JLP), won the general election by a one-seat majority.

According to JLP General Secretary, Dr. Horace Chang, in preparation for the appointments, the Prime Minister has been having consultations with several government agencies.

Chang has also suggested that the JLP Administration will be seeking to institute a smaller and more efficient set of government agencies, and the Cabinet will have a mixture of talents of young Members of Parliament and those who have experience.

The former administration, led by the People’s National Party (PNP), started out with 21 ministers but was reduced following the death of Agriculture Minister, Roger Clarke, in 2014.

The Jamaica constitution requires a minimum of 11 government ministries.