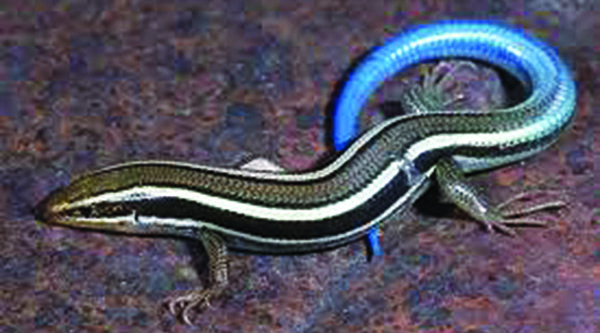 ST. PETERSBURG, Florida (CMC) – The US Fish and Wildlife Service on Monday announced that seven species of Caribbean skinks or lizards may qualify for Endangered Species Act protection.

The rare lizards from Puerto Rico and the Virgin Islands are on the knife’s edge of extinction due to introduced predators and habitat destruction.

“The Endangered Species Act can save these skinks,” said Collette Adkins, a Center biologist and lawyer who works to protect reptiles and amphibians. “We can best deal with the habitat loss and invasive predators that threaten to wipe out these skinks by getting them protected under the Act. This announcement means they’re one step closer to getting the protections they need.”

The lizards, along with several others were first identified by scientists in a 2012 study.

The scientists initiated their study after finding unusually large genetic differences among populations of skinks on different islands in the Caribbean.
The report says all of the newly identified endemic Caribbean links are near extinction (or already extinct) due to introduced predators like mongooses and cats, as well as large-scale habitat destruction for development and agriculture.

The Center petitioned for these seven skinks and two others in a 2014 petition and was joined in its petition for the nine lizards by Dr. Renata Platenberg, an ecologist specializing in Caribbean reptiles.

“The Caribbean is home to extremely rare animals found nowhere else in the world, but too many are threatened with extinction,” said Dr. Blair Hedges of Temple University, the lead author of the 2012 study that first recognized the lizards. “I’m glad that the Fish and Wildlife Service is moving these lizards toward Endangered Species Act protection. We need to protect them before it’s too late.”

Although reptiles have been around for hundreds of millions of years and survived every major extinction period, now, due largely to human impacts, they’re dying off at up to 10,000 times the historic extinction rate.

About 20 percent of reptiles in the world are endangered or vulnerable to extinction. Within the Caribbean, scientists estimate that reptiles have levels of endangerment that are at or near the highest levels worldwide.

Today’s “90-day findings” are the first in a series of required decisions on the petition and simply required the Fish and Wildlife Service to determine whether the petition presented sufficient information to warrant further consideration, a process that requires few agency resources. The next step is a full status review of the species by the Fish and Wildlife Service.

Caribbean skinks or lizards, which can grow to be about 8 inches long, are unique among reptiles in having reproductive systems most like humans, including a placenta and live birth.

They have cylindrical bodies, and most have ill-defined necks that, together with their sinuous movements and smooth, bronze-colored skin, make them look like stubby snakes.

Three of the species included in today’s finding are found within the territory of Puerto Rico, the
remaining four are found in the Virgin Islands.

Included in the petition but not the finding issued on Monday, were the Monito skink and Lesser Virgin Islands skink found in St. Thomas and two adjacent islets and several British Virgin Islands.