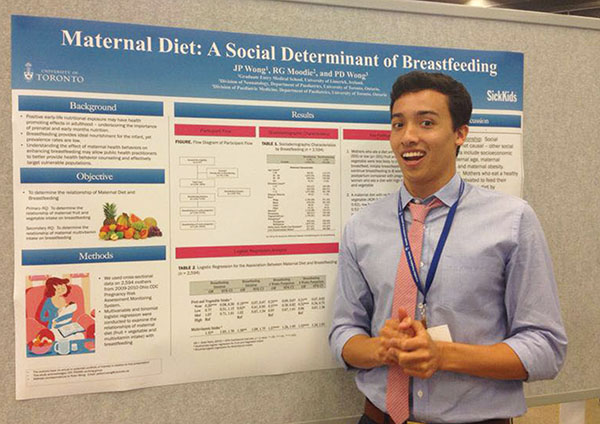 Photo above is of Dr. Jonathan Wong, who, along with his mother, Dr. Rosemary Moodie, will create African Canadian Achievement Award of Excellence (ACAA) history this year, becoming the first parent-child tandem to each receive an ACAA award — in the same year.

TORONTO, Ontario — This year, for the first time in its 31-year history, the African Canadian Achievement Awards of Excellence (ACAA) will present individual awards to a mother and her son — in the same year.

Dr. Rosemary G. Moodie, who spent 25 years as a neonatologist and clinical teacher at the Hospital for Sick Children, will receive the ACAA Excellence in Science award; and her son, Dr. Jonathan P. Wong, who is currently specializing in the highly sought-after Pediatric Medicine Residency Program at the Hospital for Sick Children in Toronto, will be bestowed with the ACAA Youth Achievement Award.

Although, in the past, the ACAA has presented individual awards to parents and their children, it never happened in the same year.

Another ACAA parent-child recipient tandem was educator, Karl Subban, who, in 2012, got the Excellence in Education award; and his now famous son, Montreal Canadiens defenceman, P.K. Subban, received the ACAA Youth Achievement Award in 2009.

The ACAA, established in June, 1985 and which has evolved into one of the Black community’s most prestigious and distinguished honours, has celebrated and paid tribute to over 350 high-achieving African Canadians.

An assistant professor in the Department of Paediatrics at the University of Toronto, Dr. Moodie is a former Corporate Chief of paediatrics and Medical Director of the Rouge Valley Health System’s regional maternal child program.

She says, the Elizabeth Gilbert quote, “We must take care of our families wherever we find them,” resonates, not only for her family, but for all families in her community. 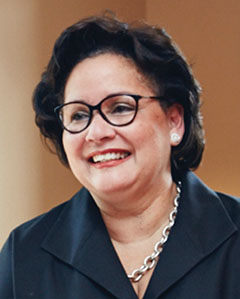 She is surveyor for Accreditation Canada and consults in areas of planning for regional health care services and health human resources.

Dr. Moodie’s medical recognitions include: the College of Physician and Surgeons Ontario Council Award for demonstrating excellence and coming closest to meeting society’s vision of an “ideal physician”; Ontario Medical Association Presidential Award for exceptional humanitarian service to Ontario communities; and Royal College of Physicians and Surgeons of Canada Specialist Award for providing outstanding care to her patients and community.

Dr. Moodie’s contribution to volunteerism, philanthropy, and advocacy is extensive. She is past President of YWCA Toronto; a member of the Advisory Board of Food for the Poor Canada and Board Director of P.A.C.E. (Canada).

She currently serves as Board Director of the St. Joseph Health Centre in Toronto and ScotiaBank Jamaica Foundation. Her community recognitions include University of Toronto Alumni Association Alumni Award for Community Engagement; City of Toronto Constance E. Hamilton Award on the Status of Women; and named as one of the Top 25 Women of Influence.

Her son, Dr. Wong, who grew up in Kingston, Jamaica and Toronto, and is of mixed Caribbean descent – African, Chinese, French, Portuguese and indigenous Carib — is passionate about ensuring good health for children of African-Canadian and Caribbean descent.

On Saturday, February 20, Dr. Moodie and her son, Dr. Wong, will receive their awards, along with 13 other 2016 ACAA award recipients, who include: 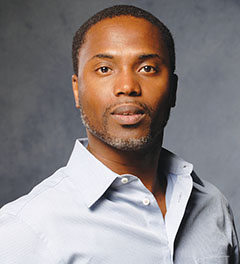 John Alleyne for Excellence in Arts and Entertainment: 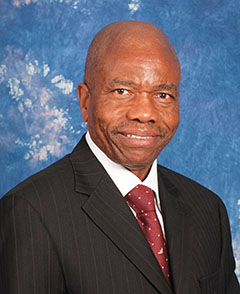 Isaac Sanya Olowafe Sr. has been investing in real estate since the 1980s. As a real estate sales agent and broker at HomeLife Superstars, where he received several awards, including the HomeLife Silver Club Member award in 2001 and the Gold Club Member award in 2002, 2003, 2004 and 2005. Olowolafe Sr. and his son, Isaac Olowolafe Jr., started a real estate investment company called Dream Maker Reality in 2003. The company eventually evolved into a brokerage firm in 2008, with Isaac Jr. as the Broker of Record and the President while Isaac Sr. became the Chairman of the Advisory Board. The first major development project of their company is the Dream Residences, located across from the Yorkdale Mall. It is a $40,000,000 plus project of 83 units of condominiums and four units of high-end town homes. 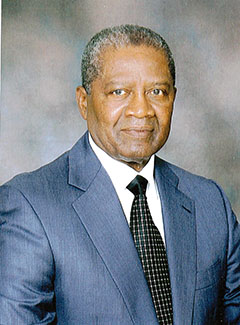 Ned Blair, a venerable, tireless community volunteer and advocate, is the Vice-president of the National Ethnic Press & Media Council of Canada’s (NEPMCC).

He was also a former President of the Organization of Black Tradesmen & Tradeswomen of Ontario (OBTTO) for nearly a decade. 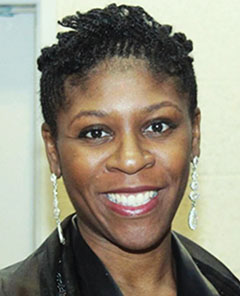 Thando Hyman for Excellence in Education:

Thando Hyman is a dynamic young leader and highly qualified educator with a proven track record that encapsulates her professional career.

Ms. Hyman has served as an Equity Instructional Leader at the Toronto District school Board and Principal of General Brock P.S., the Africentric Alternative School and is currently, the Principal of Alexander Stirling P.S. (K-8) in Scarborough.

Thando Hyman was the first Principal of Toronto’s Africentric Alternative School which opened its doors in September 2009 for students from JK to Grade 5. Due to the overwhelming response and support for the school, the enrolment doubled to 160 students by the end of its first week in  September 2009. In its second year, the Africentric Alternative School made national headlines when the inaugural Grade 3 class significantly outperformed both the school board and the province with 69% in reading, and 81% in writing and mathematics.

She has also held the role of Lead Principal for 22 TDSB schools in southeast Toronto and helped foster future generations of educators in her role as Course Director and Adjunct Professor at York University’s Faculty of Education.

A co-founder of the African Canadian Legal Clinic, Hyman-Aman is a Board Member of TVO Ontario.

Sandy Thomas for Excellence in Law:

Sandy Thomas is Counsel with the Public Prosecution Service of Canada (PPSC) in Toronto, where she has practised criminal and constitutional law since 1994.

She is currently the Federal Crown (PPSC) representative on the Toronto Ontario Justice Education Network (OJEN) Committee (based at Old City Hall), and has been since 2009.

Ms. Thomas is also founding President of the Canadian Association of Black Lawyers (CABL).  She is a member of CABL and The Advocate’s Society. 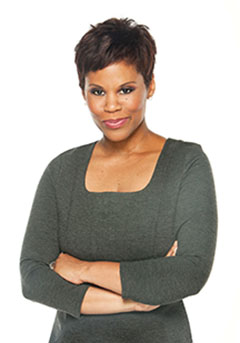 Marci Ien for Excellence in Media:

In 2014, Ryerson University Radio and Television Arts (RTA) bestowed upon Ien the distinction of having an award co-named in her honour by the RTA School of Media. The Marci Ien and Dwight Drummond Award celebrates students from under-represented and marginalized communities who show great potential in any three of RTA’s programs.

In 2013, Ien was inducted into the RTA Wall of Fame for her significant contributions to the field of media. 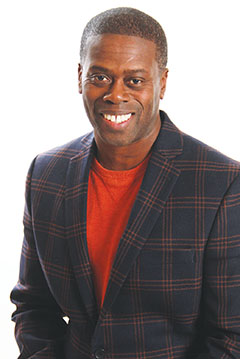 Dr. Richard Dodd, a Doctor of Naturopathic Medicine, since 1993, has been in private practice for over 20 years, operating The Natural Path Integrated Health Care Centre in Mississauga.

He served as Vice Chair on the Canadian Association of Naturopathic Doctors (CAND) in 1999 and on the Board of Directors from 1994-1999. 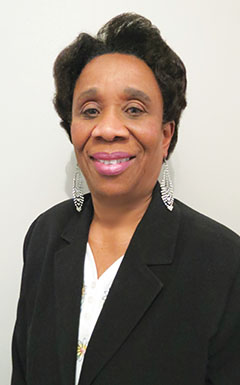 Felicia London for Excellence in Parenting:

Felicia London, a single parent and former Ontario Housing resident, who is currently a supervisor with Health Canada, Ontario region, successfully raised three adult daughters — a Justice of the Peace, a teacher and a social worker, all university graduates. She also now owns her own home. 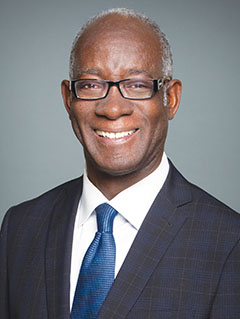 Emmanuel Dubourg for Excellence in Politics:

Quebec MP, Emmanuel Dubourg, a chartered accountant who migrated to Canada from Haiti, was recently appointed as Parliamentary Secretary to the Minister of National Revenue.

He was elected to the National Assembly of Quebec for Viau in 2007, then served as parliamentary secretary to the Minister of Employment and Social Solidarity and for two Ministers of Finance, and was re-elected as an MNA in 2008 and 2012.

Dubourg was elected as a Liberal Member of Parliament in November 2013 and served as critic for National Revenue and Canada Economic Development for Quebec Regions. He is the first Haïtian native to be elected for the Quebec Liberal Party and for the Federal Liberal Party. 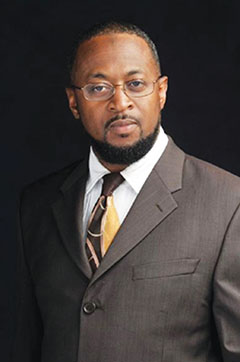 Imam Michael Abdur Rashid Taylor was appointed as Ontario Regional Chaplain with Correctional Service Canada, in December 2013 and is Director of Islamic Chaplaincy Services Canada. Imam Taylor served as an Honorary Witness for the Truth and Reconciliation Commission from 2011 until the commission presented its report to the Government of Canada in 2015. He is the current Secretary of the Canadian Council of Imams and held the position of Coordinator of the Muslim Studies Program at Emmanuel College of the University of Toronto. 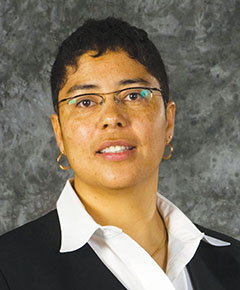 Angela James for Excellence in Sports:

Angela James, a Hockey Hall of Fame inductee, is the first Canadian woman to enter hockey’s most hallowed Hall.

In 2012, the outstanding athlete was awarded the YWCA Women’s Distinguished Award. In three seasons with the Scouts, James was a three-time OCAA scoring champion, two-time OCAA All-Star and three-time team MVP. She is the OCAA’s all-time leading scorer with over 50 goals, amazingly reaching this mark while playing mostly defense.

Currently, she is Seneca’s Senior Sports Co-ordinator and is responsible for the administration and co-ordination of sports and recreation leagues at the College. 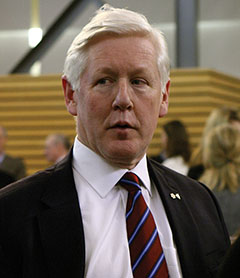 A former Ontario Premier and Interim Leader of the Federal Liberal Party, Hon. Robert “Bob” Rae was described by Share newspaper columnist, Patrick Hunter: “As Premier of Ontario, Rae brought many changes that recognized and responded to the needs of the Black community more than anyone since.” 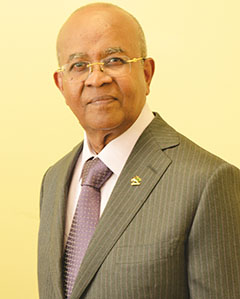 Arnold A. Auguste will be bestowed with the ACAA Lifetime Achievement Award:

Arnold A. Auguste is Publisher and Executive Editor of Share newspaper, Canada’s oldest, and largest, Black publication. Auguste, a passionate community advocate, started Share in his apartment in April 1978 and turned it into the oldest and most influential Black/Caribbean publication in Canada.

The 32nd. annual ACAA gala, which is owned and organized by Pride News Magazine, will be held on Saturday, February 20, at the Jane Mallett Theatre, inside the St. Lawrence Centre for the Arts, 27 Front Street, East, starting at 7PM sharp.

For tickets and more information, please contact the ACAA at: (905) 686-8868; email — acaa@bellnet.ca; or visit its website at:www.africancanadianachievementawards.com.