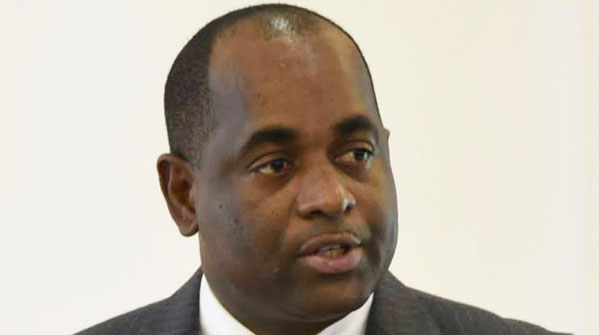 Blanchard served as Minister of State in the Prime Minister’s Office with responsibility for Project Planning and Implementation.

A brief government statement said, that apart from the appointment of Blanchard, the “portfolio of Postal Services has been allocated to Justina Charles, the present Minister for Youth, Sports, Culture and Constituency Empowerment effective March 7.

Pinnard in his resignation letter to Skerrt, last week, said, that his decision to quit the Cabinet would allow him to “more appropriately address the allegations against me and also in order to focus on other very important personal matters”.

Since then, three prominent Dominicans have been charged with inappropriate behaviour involving a minor and one of them will return to court, on Friday, after his lawyers, on Monday, asked for a judicial review of the matter facing their client.

Under Dominican law none of those accused could be named until there is a conviction.

Meanwhile, Opposition Leader, Lennox Linton, on Tuesday, said, that an executive member of the main opposition United Workers Party (UWP) may have to do the honourable thing and resign, as a result of the ongoing police investigation. 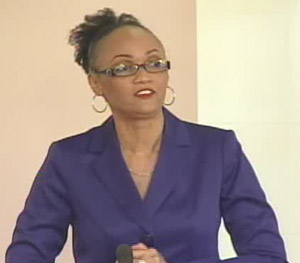 “We believe that resignation from office, at least while the matter is before the court, is the only honourable course of action available to public officials in the leadership of political parties facing such allegations of serious inappropriate behaviour,” Linton said in a statement, adding, “and that is precisely what the UWP Team Dominica expects of the accused executive member”.

Linton said, that the appropriate organs of the UWP “will be engaged to act decisively in the public interest and for the general well-being of the Party.”

Linton said, the allegations against the member has been denied but he has been charged under the Sexual Offenses Act.

“On behalf of the leadership of the UWP Team Dominica, I apologize for the widespread disappointment, hurt and discomfort among nationals at home and abroad caused by this most regrettable development. This is not a fall that defines us. It is a stumble that caught us by surprise. Rest assured that the lessons learned have strengthened our resolve in the mission to advance human dignity,” he said.

“In this sad but extremely necessary episode in the national struggle to defeat the scourge of child abuse, the member of our team has the right to a defense as much as the alleged victim has a right to have the matter justly prosecuted without fear or favour; affection or ill-will.

“If we don’t give the complaints of abused children the importance they deserve in the judicial process; if we shut them down through payments to parents; if we intimidate them and trash their truth with legal technicalities; then the menace of child abuse will continue to wreak havoc without let or hindrance,” Linton said, adding, that the policy direction of the UWP on the rights and development of children is articulated in 2014 Social Contract to rescue and rebuild Dominica:

“We stand firmly behind these commitments to the balanced, holistic development of our children as we strive to make Dominica the best,” Linton said, adding, that the opposition party empathizes with the families on both sides of the matter.

“We pray for God’s love, guidance and protection as these hurting families deal with the difficulties and challenges that will emerge as the wheels of justice turn,” he stated.