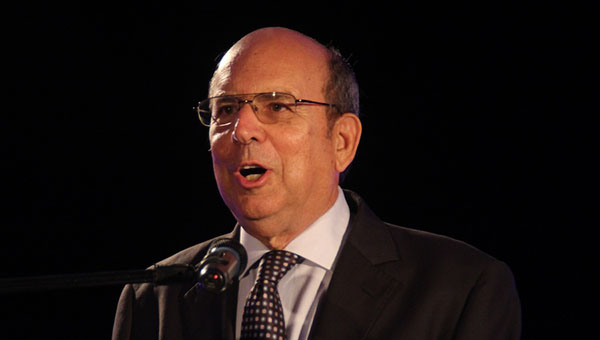 The matter was raised at the recent inter-sessional meeting of the Caribbean Community (CARICOM) in Belize, with host, Prime Minister Dean Barrow, telling his colleagues that the withdrawal of correspondent relations is severely impacting the region, by depriving banks to keep US deposits, conduct wire transfers, and facilitate credit card settlements for local clients.

“The implications of this for our international trade, for our remittances, for our structures of production, consumption and investment, are so obvious as to require little further elaboration,” Barrow said, at the time.

At yesterday’s conference, President of the Barbados International Business Association (BIBA), Andrew Alleyne, said, the Caribbean has been unfairly branded as high-risk and, as a result, some of the correspondent banks have started to withdraw the correspondent relations from the region.

“Look at Belize, the larger banks have already severed relations with banks there, the first being the Bank of Belize-Bank of America relationship. This forced the closure of several indigenous banks. Closer to home, an Antigua bank, known as CUB, recently lost its correspondent banking support when Bank of America terminated its relationship. In Jamaica, Barclays has advised Jamaica National Bank that it will be terminating its relationship on April 1.

“In some instances, the decision to withdraw correspondent banking services is based on low business volumes or low revenues. However, the focus on the Caribbean is not based on an objective assessment of the region’s risk, but reflects a lack of understanding of the region by risk managers who are largely unfamiliar with the Caribbean’s high regulatory and compliance standards,” Alleyne said.

He noted, that the region’s international business sector must continuously examine the business environment and work together to find solutions to the challenges faced.

The BIBA president also pointed to the issue of banks ‘de-risking’, which he said, stems from the enacting of new international regulations, aimed at addressing money laundering and the financing of terrorism. The new rules also require international correspondent banks to ensure that their front line banks are also carrying out the same level of due diligence on their customers.

“As recently as last week, the United States Comptroller of the Currency announced, that OCC may create new guidance to deal with de-risking. In his March 7th speech, he said the Office of the Comptroller of the Currency is collecting data on banks de-risking decision-making processes. … While it is too early to speculate if the OCC’s involvement will improve the decision-making process, the Agency might require banks to conduct enhanced due diligence tests that require input from Senior Management before breaking ties with a foreign correspondent,” he said.

Alleyne told the conference that yet another concern for BIBA is the issue of business facilitation, which, unlike the withdrawal of correspondent banking services, is within the region’s power to fix.

According to the BIBA president, there is now a greater need to improve Barbados’ ranking in the World Bank’s ‘Ease of Doing Business’ index, especially now that the international business sector is losing some of its competitiveness, due to new and expanding tax transparency laws and regulations in North America and Europe.

“On a more positive note, the TMF Complexity Index recently ranked Barbados 7th, in terms of “Ease of doing business” – a significant improvement from the previous year when we were ranked 22nd. Within the Americas, Barbados was ranked an impressive fourth. Ease of doing business is critical for the sector to grow. We must continue to find ways of improving efficiency within our public and private sectors in order to enhance the attractiveness of Barbados as a jurisdiction from which to conduct business,” Alleyne noted.