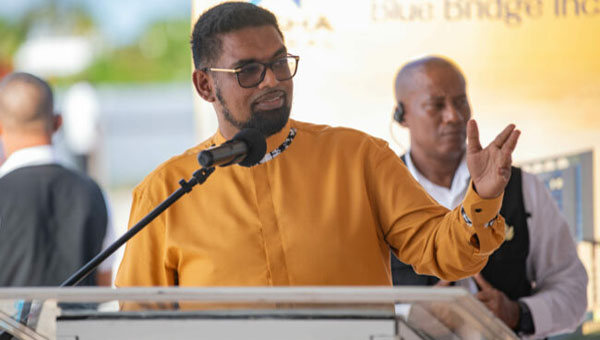 HOUSTON, Guyana (Thursday, July 21, 2022) — A new hotel property, Four Points, by Sheraton–Marriott Bonvoy, to be constructed at Houston, along the new Eccles to Mandela Road bypass highway, is just one component of the rapid economic zone set to change the landscape of the country, remarked President, Dr. Irfaan Ali.

He noted that the hotel, which is being developed by Caribbean Green Building Inc., would be a “natural spin-off” for development, and key to the growth and progression of the area that would have a private sector industrial/commercial development to support the oil and gas sector — which would be a part of a huge commercial zone, an upscale housing development, a medical and technological zone, and a service hub.

“That is the type of planning that surrounds this area. Those are the types of services that will come to this area. So this area will become a massive economic zone. Thousands of jobs will be created.”

Additionally, the President said discussions are underway for the construction of a mall, a second hotel and the placement of a number of government ministries along the highway.

Announcing that his Administration will open land for agriculture, industrial development and manufacturing, he added: “You will see the infrastructural changes in our country that are directly linked towards the opening up of lands and opening up of opportunities for these types of investments.”

These developments, President Ali emphasised, are not isolated but rather, are strategically aligned to the government’s goal of building a sustainable, diversified economy.

“That is what leads to sustainability; building an economy and building a system that is not reliant on one sector, so it can withstand a variation of shocks. That is important in building a sustainable society.”

The President pointed to the value that such investments bring to the surrounding communities, particularly regarding the increase in real estate and increased connectivity and expansion of roadways and supporting infrastructure, across the country. 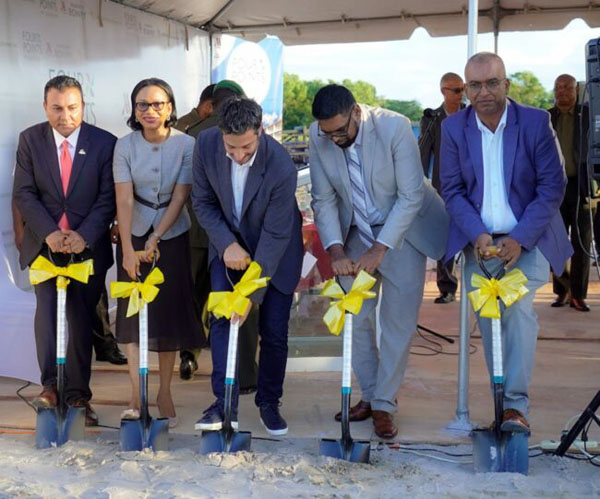 He said that along with the Mandela to Eccles, Eccles to Diamond four-lane road, and the Ogle to Eccles road, other links will also be created.

He noted that plans are also in place to connect the East Coast of Demerara to the East Bank, and then move all the way down to the Soesdyke-Linden Highway and on to Silica City.

The President commented on the magnitude of investments, and their impact on job creation.

Ali also gave his assurance that, by the end of this year, his government would be on a massive implementation schedule, and major transformative projects should be awarded. Following this, he added, there will be a heavy focus on community infrastructural development.

Pointing to the strides, made under his Administration, to remove unnecessary bureaucracy and reduce the approval time for such investments, he added that works are advancing with developers to create a single-window construction approval system.

“We want those bureaucracies to be eliminated. Checks and balances to ensure transparency and rigidity of the system are critical, but not at the expense of the project.”

The President declared that the country is heading in a direction that will realise prosperity for all citizens.

“There is no other path for this country, but a path of unity, a path of prosperity, a path of development. Every single stakeholder, from the church all the way down to the community groups, must be custodians of this future. We are all in one vehicle, powered under the banner of One Guyana.”

According to Andres Botero-Toro, Project Development Manager of Caribbean Green Building Inc., the development will take into account the cultural diversity in Guyana.