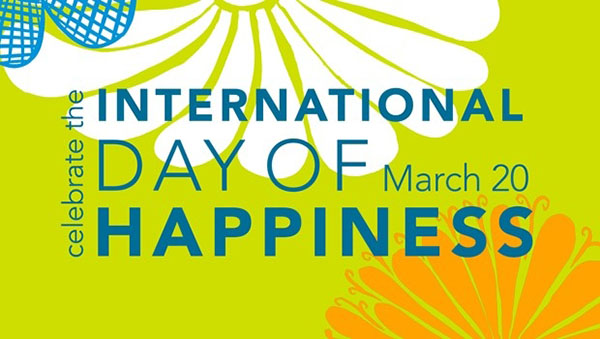 The Pursuit Of Global National Happiness

ROME, Italy Mar 20, 2016 (IPS) — Should a country’s development be measured in smiles instead of dollars? Increasingly, governments and organizations are measuring social progress through happiness.

This is in marked contrast to the long-accepted practice of using Gross Domestic Product to measure development, built upon the premise that a country’s success can largely be quantified by its economic activity.

Though only recently gaining international attention, the push to pursue “gross national happiness” as a policy goal originated over 40 years ago in the small Himalayan kingdom of Bhutan.

A country with very low GDP per capita but a high sense of general well-being, Bhutan developed the gross national happiness model to emphasize Buddhist spiritual values over a western focus on economic growth.

Initially, the philosophy proved difficult to implement and quantify. Happiness is a quality ever-present in our lives yet difficult to identify as a policy goal.

As a result, several decades passed before happiness came to the global stage as an ideal for development.

In 2011, the United Nations General Assembly released its first World Happiness Report, reflecting its invitation to member countries “to pursue the elaboration of additional measures that better capture the importance of the pursuit of happiness and well-being in development with a view to guiding their public policies.”

In his address to the United Nations General Assembly on ‘Happiness and Well-Being,’ Secretary-General Ban Ki-Moon argued for “a new economic paradigm that recognizes the parity between the three pillars of sustainable development.

Social, economic and environmental well-being are indivisible. Together they define gross global happiness.” In the context of the Sustainable Development Goals, happiness has become a fundamental goal of development.

Just days before this year’s International Day of Happiness on March 20, the fourth World Happiness Report was released. Developed by an international committee of economists, psychologists, and public health experts, the report includes a happiness ranking of over 150 nations.

Denmark holds the top spot, followed by Iceland, Norway, Finland, Canada, the Netherlands, New Zealand, and Sweden. Rounding out the bottom of the rankings was Burundi, a country shaken by political violence in the past year. Also nearing the bottom of the list were Syria, Togo, Afghanistan, Benin, Rwanda, Guinea, Liberia, Tanzania, and Madagascar.

The happiest nations have thriving economies and the capacity to provide significant social services to citizens. By contrast, countries at the bottom of the list face widespread poverty.

Environmental safety, healthcare infrastructure, and political stability in the countries where people are happiest contrasts with the economic inequality, devastating impact of disease, and institutionalized violence in countries at the bottom of the happiness index.

While the report notes that gross domestic product per capita is one of the variables explaining the variation across countries, it also found five additional constituents of national happiness, namely: healthy years of life expectancy; social support (as measured by having someone to count on in times of trouble); trust (as measured by perceived absence of corruption in government and business); perceived freedom to make life choices; and generosity (as measured by donations).

In their chapter on the distribution of happiness worldwide, economists John F. Helliwell of the University of British Columbia, Haifang Huang of the University of Alberta and Shun Wang of the Korea Development Institute note that crises can elicit a wide range of responses depending on the sociopolitical landscape.

Greece experienced the largest drop in happiness of any country in the past decade, reflecting its crippling economic crisis that began in 2007. At the other end of the spectrum, Japan has developed such strong levels of trust and “social capital” that happiness increased in Fukushima, ravaged by an earthquake and tsunami in 2011, as members of the community came together to rebuild and support one another.

European nations face a crisis that in its nature and scale are unlike any other in modern times, as over a million migrants and refugees entered Europe in 2015, an influx that can only increase in 2016.

The migrant crisis is proving to be a significant test of the capacities of individual European countries and of the European community to cope.

The influx of migrants should be seen not as devastation to a region, but rather, as an opportunity for nations to collaborate, seek creative solutions, and show generosity towards its neighbors and towards the individuals crossing European borders.

The migrants and refugees are seeking more than just entry; they risk their livelihoods, their families, and their lives in search of relief from poverty, systematic oppression, and devastating violence.

Above all, these people are seeking happiness. The International Day of Happiness reflects the hope that all states will collaborate and contribute to the pursuit of global happiness.