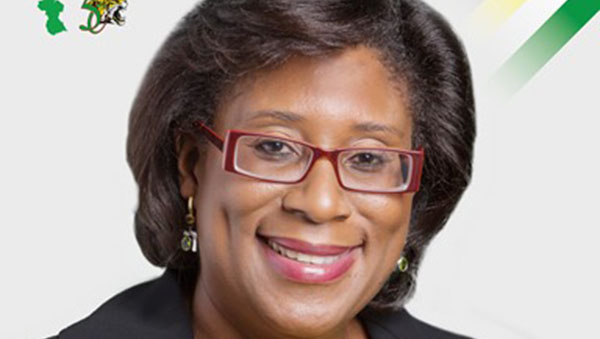 Much To Celebrate On Guyana’s 50th Anniversary Of Independence

Photo above: Minister of Public Telecommunication, Catherine Hughes, says she is satisfied that the event will showcase everything Guyanese. Photo credit: GINA.

GEORGETOWN, Guyana March 31, 2016 (GINA) — Guyana’s mixture of religious entertainment, variegated cultures among the ethnicities including dances, poetry and drama will be displayed when Guyana celebrates its Golden Jubilee of Independence in May.

As the 50th Jubilee celebration draws near, Minister of Public Telecommunication, Catherine Hughes — who also holds ministerial responsibility for the tourism sector — says she is satisfied that the event will showcase everything Guyanese.

Hughes said, at the recent launch of the Guyana Jubilee festival at Colgrain House, “It puts on show, the amazing Guyanese talents, from performing to cooking, to painting to sculpturing, to designing and decorating.”

Musical legends, Dave Martain and Aubrey Mann, will be performing at events and Punch, Times Two and many other talented artistes and dancers will be featured entertainers, as well.

Guyanese fashion designers, including Marcia Dos Santos, Andrea Braithwaite, Sonia Noel, and many others, will display their unique, creative designs in shoes, jewelry, clothing and accessories. Exhibitions of Guyana’s cuisine, crafts and tourism products will entice the curious mind.

The Botanical Gardens is being rehabilitated to attract more persons during this year’s Jubilee festival. It will soon feature a waterfall at its entrance.

This is significant as it will commemorate Guyana’s 50th Independence Anniversary by showcasing the country’s many waterfalls.

The Victoria Lily pond will be enlarged, deepened and landscaped for better promotion of the rare Victoria Amazonica, Guyana’s national flower, and additional grass will be added around the pond.

In addition, outdoor lights will be installed along the road leading to the parking lot, extending the Garden’s visiting hours beyond sundown. Evening receptions will be hosted in the gardens as security lighting will be installed at strategic points. 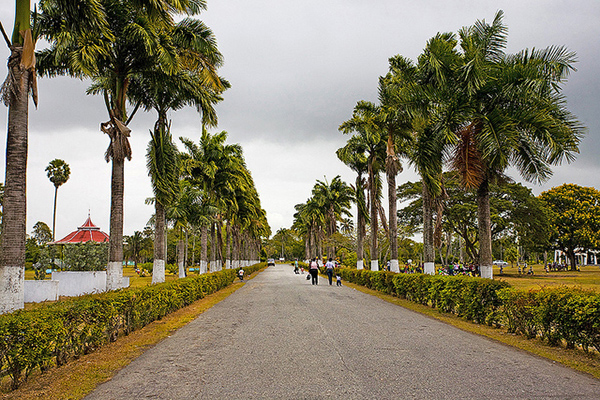 Visitors stroll down the main road that runs through the Gardens. Photo courtesy of the Guyana City Guide.

There will also be the creation of botanical labelling and signage. A catalogue of key plant species in the Botanical Gardens has been completed and will be used to prepare mounted labels on tree/plant specimens. A brochure and map will be produced to facilitate self-guided “plant walks” around the gardens.

All these preparations is expected be completed to welcome the 50th Jubilee celebrations with great pomp and, ultimately, advertise Guyana to the world.

Meanwhile, the 50th Independence Anniversary also brings the opportunity for infrastructure and architecture to be noted.

The 65-mile-long Linden/Soesdyke Highway was the first of its kind in the entire Caribbean. This engineering masterpiece will soon undergo massive rehabilitation.

The first floating bridge in the Caribbean, the Demerara Harbour Bridge, which measures 7074 feet was designed by a Guyanese, Captain John Coglan. While it was supposed to last only 10 years, it is still serving its propose 38 years later.

Guyana boasts many firsts in the Caribbean region, and the country has produced outstanding individuals who have excelled in their fields of work.

The main events to celebrate Guyana’s 50th Jubilee of Independence commence on May 19th and ends on May 22nd and will be held at the Guyana National Stadium. Currently there are celebrations being held at the various administrative regions in Guyana.