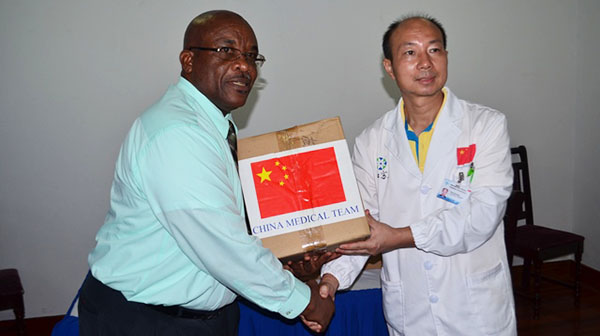 GEORGETOWN, Guyana, May 18 (GINA) — Thirteen (13) Berbicians benefited from specialised surgeries at the New Amsterdam Hospital, yesterday, as the 11th Chinese Medical Brigade visited and conducted a series of operations.

The presence of the Chinese Medical Brigade in Guyana is viewed by both China and Guyana as helping to deepen the two countries’ bilateral relations that date back to June 27, 1972.

Under the leadership of Dr. Wang Yongxiang, the nine-member team successfully completed one spinal, five eye (cataract), three gynaecological and four general surgeries. The spinal surgery was one of the more significant, since this type is not common at the hospital.

Dr. Yongxiang told the Guyana Information News Agency (GINA) that, “(since) 2014, our team comes here, and I have performed nearly 100 spine surgeries in GPHC, but in New Amsterdam Hospital they rarely perform spine surgeries.” 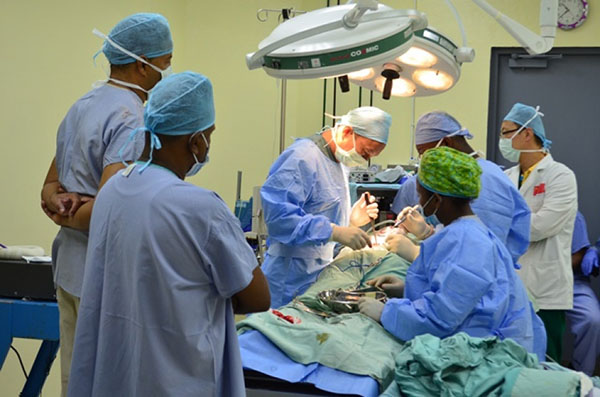 The Chinese Medical Team performing a spinal surgery on a patient at the New Amsterdam Hospital. Photo credit: GINA. 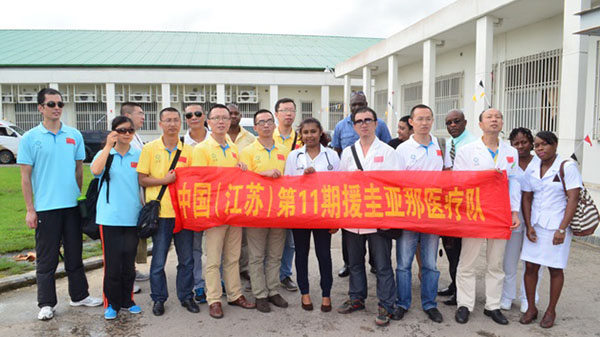 This 11th brigade has been serving Guyana for the past two years and will be returning to China on Thursday. The 16-member delegation has been conducting outreaches in different hospitals.

Additionally, the medical brigade also donated a quantity of medical supplies, including cardiac and infant monitors, surgical instruments and protective gloves, clothing and other items to residents of Angoy’s Avenue in New Amsterdam. 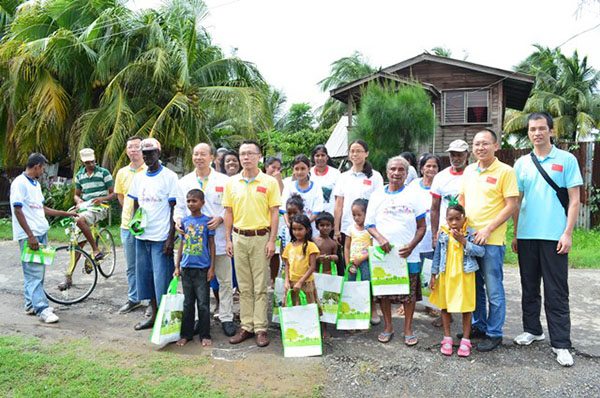 Members of the Chinese Medical Brigade distributing clothing and other items to the residents of Angoy’s Avenue, Berbice. Photo credit: GINA.

Guyanese have been benefitting over the years since the advent of the Chinese medical brigade, bringing specialised skills to the health sector. Local health care professionals have also benefitted from the training provided by the Chinese.