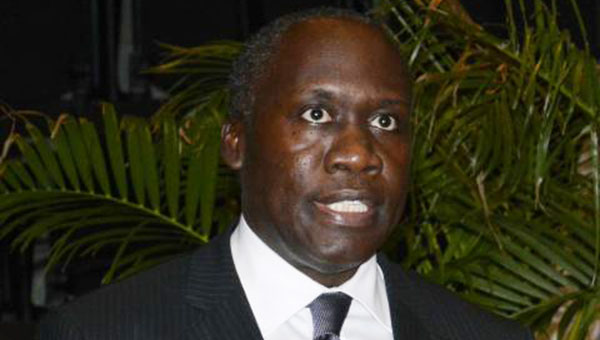 Cuffie, addressing the start of Public Service week here, said that the IDB study, done last year, “found that not only is quality of service in several instances poor but that, even worse, we have grown accustomed to expecting poor service”.

He said that the IDB measured the quality of service to the public, and citizens’ satisfaction with it, and found, in some instances, some services were rated as low as 3 out of 10.

“I will be the first to admit therefore, that we have fallen short, and that the Ministry of Public Administration and Communications has a major role to play, to ensure that the public service is modernized and equipped to perform its delivery function to meet the public’s expectation,” Cuffie said.

The poor grades for the public service, follows a 2010 study done by the firm, Market Research International (MORI) Caribbean Limited, that found citizens have also expressed their dissatisfaction with the quality of public services currently provided by government agencies.

According to Cuffie, the MORI study found that 53 per cent of citizens described the public service as delivering poor service; 49 per cent described it as slow; 35 per cent labelled it corrupt, 27 per cent impolite, 31 per cent unsatisfactory and a “mere 11 per cent efficient”.

Cuffie said that the 2016 theme therefore, seeks to project the public service “as an institution that is seeking to modernize and transform its services and operations in order to meet the evolving needs of citizens”.

He said the vision is that the country’s public service is moving towards integrating services through the greater and more efficient use of technology, good governance and improved processes.

“The public service … must continue its march towards providing more avenues for citizens to engage, constructively, with government, making information and services easier and more convenient to access, providing timely delivery of services, and ensuring more professionalism and courtesy in engaging with citizens,

He said one of the ways in which the work of the public service will be highlighted during the week, is through a Public Service Open House, the objective of which will be to highlight some of the achievements within the public service.

“Specifically, each ministry will be required to showcase one major initiative relating to improvements to services that are delivered to their customers. Some of these achievements can include a technology-driven solution, a new or enhanced service, improved processes, and any innovative approach to enhancing their delivery mechanism,” he stated.

Cuffie said he is confident that “when these things are highlighted, hundreds of persons will be pleasantly surprised at the scope of the public service’s interaction with the wider public and many successes that have been achieved already”.