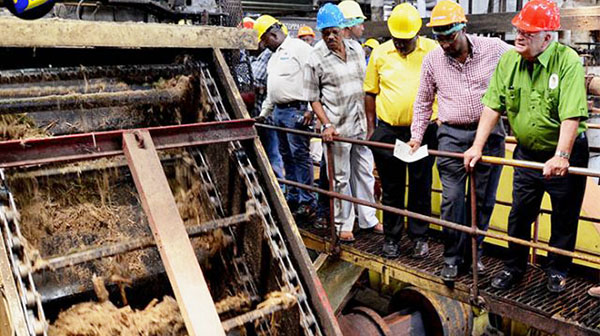 KINGSTON, Jamaica, July 11, (CMC) – The Jamaica government says it is holding talks with potential investors, in a bid to keep operational, the Long Pond Sugar Factory in Clark’s Town, Trelawny, northwest of here.

The government took over the operations at Long Pond, earlier this year, in an effort to harvest 95,000 tonnes of cane, and Industry, Commerce, Agriculture and Fisheries Minister, Karl Samuda, says the Ministry “is working overtime” with the owners of Everglades, which operates Long Pond, to conclude the negotiations.

Samuda, speaking to employees and cane farmers, over the weekend, said an agreement should be in place by September, which will keep the estate open and viable, and give cane farmers “peace of mind” as they prepare for the 2017 sugar crop.

“I would say certainly within a month, we should have a very definitive position on exactly what state the negotiations are at. They should be complete, decisions taken and the plans outlined to everybody. I can assure you…we will communicate the results as they occur, on a real time basis,” he said.

Samuda said the potential investors are energy specialists, who are looking at energy conversion, which would require a higher level of production.

“The discussions are to take over a section of the estate, to share in the operations. The plan is for them to continue with the production of cane, but the final by-product may not necessarily be in brown sugar,” he said, adding that the Andrew Holness government is very optimistic that the investors will come on board.

Meanwhile, Samuda, says strategies, employed by the government at the Monymusk Sugar Factory in Clarendon, will ensure that the facility remains open when the current sugar crop ends.

He said operational issues affecting the cane fields have been addressed.

“At another time I will visit Monymusk and explain the strategy we employed to make sure that Monymusk does not close, and also, to guarantee that you will have water through the irrigation system (that) has paralysed the cane fields,” he said.

Sugar Company of Jamaica (SCJ) Holdings is operating the Monymusk factory, free of rental, in order to mill the over 150,000 tonnes of cane expected to be reaped for the crop period.

This is under an agreement between the government and Pan Caribbean Sugar Company, the principals of Monymusk.

SCJ Holdings will also manage 2,800 hectares of cane, up to the end of the 2016 crop period, and has invited farmers to lease lands for one year.

The program of assistance by the government is aimed at securing the future of the industry, which has been affected by issues such as marketing arrangements, inadequate prices for exports, as well as financial challenges among factory owners.

Between 2009 and 2010, the government divested its holdings in Monymusk, Frome, Bernard Lodge, Trelawny and St. Thomas Estates, which constitute 70 per cent of the sugar industry.

Samuda also said the government will be moving to tackle the problem of imported refined sugar for use in the manufacturing sector, which ends up in the retail trade.

“You cannot have sugar being produced…brought back having been refined and then you have manufacturers, who use that refined sugar as raw material, and get duty concession, selling it in the retail trade at enormous profit. It undermines those who are engaged in the industry and we are going to put a stop to it,” he said.

He said the Jamaica Bureau of Standards (JBS) has been asked to play a key role in the process of ensuring that breaches are addressed.

“The Bureau of Standards has been given instructions and they have to produce that within the next two months maximum, where every single bag of sugar must bear the seal of the Bureau of Standards and anywhere we go and find one bag that doesn’t have that seal, we are seizing it. We are going to charge those who have it,” he warned. 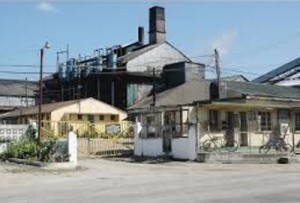 Minister Samuda said Jamaica cannot sacrifice its sugar industry, which supports so many families “who have invested blood, sweat and money into it”.

“The future of sugar does not lie in the traditional approach to how we sell sugar. We must leave that behind us and now move to value-added because I have never been able to understand why we have continued to sell raw sugar, then it is refined and sold back to us,” he contended.

“What is wrong with us refining it and probably selling it back to them?” Minister Samuda questioned.

He noted that the sugar industry is prime for new and major investments at all levels and that the roles of the farmers and investors should be clearly defined.

Minister Samuda said the sector is important to Jamaica and continues to be a leading provider of jobs, with some 50,000 persons employed.