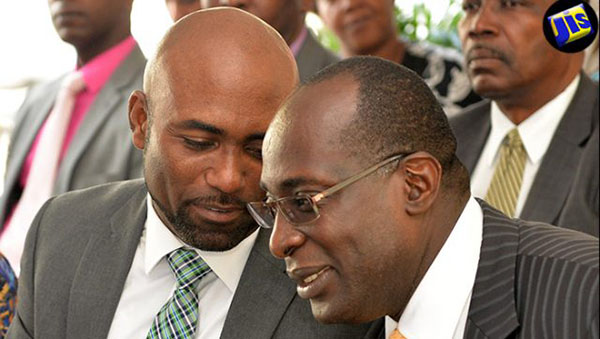 ST. ANDREW, Jamaica, July 14 (JIS) — The government’s national cyber security public-education and awareness campaign is being funded, at a cost of over $15 million, by the Jamaica Bankers Association (JBA).

The campaign is being spearheaded by the Ministry of Science, Energy and Technology, with additional support from the Universal Service Fund (USF).

It aims to heighten awareness about the potential risks associated with using the Internet and social media platforms, and promote safeguards to reduce vulnerabilities to these.

A wide range of educational and promotional formats will be utilised, including billboards, brochures, print, electronic and social media messaging, and posters.

In addition, several training workshops will be held for public- and private-sector stakeholders.

The campaign was formally launched by Science, Energy and Technology Minister, Dr. Andrew Wheatley, during a ceremony at Bethel Baptist Church in Half-Way-Tree, St. Andrew, on July 12.

Welcoming the partnership, Dr. Wheatley underscored the need to promote safeguards against cyber attacks, which are potentially detrimental for the victims.

He cited a 2013 United Nations study, which showed that as many as 17 per cent of global Internet and social media users had been affected by some form of cybercrime.

These, he pointed out, often surface through e-mails, electronic financial transactions or other engagements, incorporating the use of mobile phones and computers.

In this regard, Dr. Wheatley said a practical solution is heightening public awareness.

“When our people know what to do and what to look out for online, they are empowered. As a part of the government, we in the Ministry, alongside our partners, are providing the tools of empowerment,” he added.

In his remarks, Education, Youth and Information Minister, Senator Ruel Reid, endorsed the campaign and underscored the importance of cyber security, consequent on the prevalence of technology across the society.

He said acceptance of the safeguards “will have to be largely driven by socialisation,” which sees persons, particularly young people who are students, behaving responsibly in how they use technology.

“The school, therefore, plays a very important role (in that regard), because part of our job is socialisation,” Senator Reid added.

For her part, JBA Marketing Committee member, Belinda Williams, said the Association’s support for the campaign was “deliberate” as financial services industry stakeholders recognised the “vast value of leveraging technology and the Internet in better serving and understanding our clients”.

While acknowledging the convenience that technology provides, Williams said persons should also be aware of hackers and other criminal-minded individuals who target unsuspecting users.

“We must, therefore, forge relevant partnerships to protect our operations, industry, customers and nation and continue to educate and build awareness for responsibly managing ourselves online,” she added.