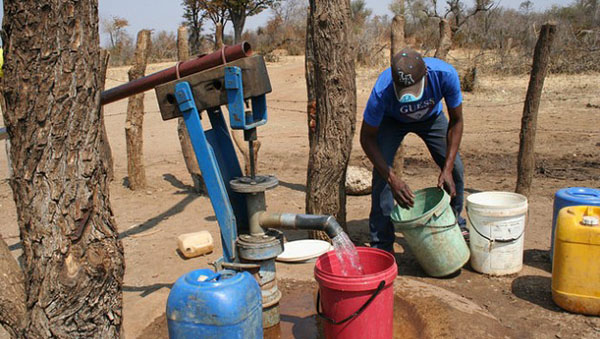 Can Africa Slay Its Financial Hydra?

BULAWAYO, Zimbabwe, January 26, 2017 (IPS) — Thanks to growing investor interest, increasing respect for democratic reforms, and its vast food production potential, the Africa Rising narrative is only getting better.

But Africa’s development success story will only be complete when the continent plugs the hemorrhaging of its financial resources badly needed for its own development. Africa is losing an estimated 50 billion dollars annually through illicit financial flows (IFFs) — half of all global losses and the equivalent of Morocco’s Gross Domestic Product (GDP).

According to the World Bank, IFFs refer to the deliberate loss of financial resources through under-invoicing, which researchers say is a blot on the ‘Africa Rising’ narrative. Worst, IFFs are depriving Africans of needed resources to access better food, education and health care. Despite a decline in the prevalence of undernourishment in Sub-Saharan Africa, the World Food Programme says the region still has the highest percentage of population going hungry, with one in four persons undernourished.

As cancerous as corruption, illicit financial flows are costing Africa big time. This is despite a continental initiative to curb them at a time Africa is making some progress on good governance, according to the seminal Mo Ibrahim Index of African Governance 2016.

Can the wings of capital flight be clipped?
A 2015 report by the High-level Panel on Illicit Financial Flows from Africa established by the African Union and United Nations Economic Commission for Africa (ECA) puts the average financial losses at between 50 billion and 148 billion dollars a year through trade mispricing. South Africa, the Democratic Republic of Congo, Nigeria, Mozambique and Liberia are some of the countries that have suffered most due to trade mispricing.

Cumulatively, IFFs range from natural resources plundering and environmental crimes like illegal logging, illegal trade in wildlife, and unaccounted for and unregulated fishing (IUU) to illegal mining practices, food imports, and degraded ecosystems. Munang estimates that Africa loses up to 195 billion dollars annually of its natural capital — an amount exceeding the total annual cost Africa needs to invest in infrastructure, healthcare, education and adapting to climate change under a 2°C warming scenario.

“Reversing IFFs and other natural capital losses is an urgent imperative if the region is going to develop and achieve the SDGs,” said Munang, adding that in terms of climate resilience, for instance, it is projected that to meet adaptation costs by the 2020s, funds disbursed annually to Africa need to grow at an average rate of 10-20 percent annually from 2011 levels.

“So far, this has not been achieved. And no clear pathway exists from international sources,” Munang said. “But IFFs are only a tip of the iceberg. Within the paradigm of Africa’s natural capital losses, part of which is in the form of IFFs, the losses are mind-boggling.”

“[Illicit Financial Flows] are only a tip of the iceberg. Within the paradigm of Africa’s natural capital losses, part of which is in the form of IFFs, the losses are mind-boggling.” — UNEP’s Richard Munang

UNECA says illicit financial flows are unrecorded capital flows derived from the proceeds of theft, bribery and other forms of corruption by government officials and criminal activities, including drug trading, racketeering, counterfeiting, contraband and terrorist financing.

Tax Inspectors without Borders (TIWB), a project launched by the Organisation for Economic Cooperation and Development (OECD) and the United Nations Development Programme (UNDP) in 2015, has helped collect more than 260 million dollars in additional tax revenues in eight pilot countries, indicating the potential of tightening tax audits.

According to the McKinsey Global Institute, GDP growth has averaged five percent in Africa in the last decade, consistently outperforming global economic trends. This growth has been boosted by among other factors, rapid urbanization, expanding regional markets, sound macroeconomic management and improved governance.

The Panel chaired by former South African President Thabo Mbeki also fingered large commercial corporations as culprits in IFFs, which have been fueled by corruption and weak governance. The solution, the panel said was to boost transparency in mining sector transactions and stop money laundering via banks, actions which rested on coordinated action between government, private sector and civil society.

“Illicit financial flows are a challenge to us as Africans, but clearly the solution is global. We couldn’t resolve this thing by just acting on our own as Africans,” Mbeki told the UN’s Africa Renewal magazine in a 2016 interview in New York.

For instance, Zimbabwe is currently in a financial crisis, having lost close to 2 billion dollars to illicit financial flows in 2015, according to the Reserve Bank. The figure is four times the money Zimbabwe attracted in Foreign Direct Investment in 2015 and more than half the 2016 national budget. The Global Financial Integrity Report estimates that over the last 30 years, Zimbabwe has lost a cumulative 12 billion dollars to IFFs.

“It is a grave concern. I looked at the statistics and found out that it’s a cancer that we are brewing,” Central Bank Governor John Mangudya conceded.

Is transparency the tool for slaying development’s demon?
The World Bank says curbing IFFs requires strong international cooperation and concerted action by developed and developing countries in partnership with the private sector and civil society.

IFFs pose a huge challenge to political and economic security around the world, particularly to developing countries. Corruption, organized crime, illegal exploitation of natural resources, fraud in international trade and tax evasion are as harmful as the diversion of money from public priorities, says the World Bank.

Advice on how to make tax policies more transparent — such as requiring all tax holidays to be publicly disclosed, along with names of officials involved in granting the holiday — would likely increase tax revenues collected by governments while reducing the risk of corruption and the potential for firms to abuse tax holiday provisions.

Global initiatives to limit tax evasion and stop proceeds of crime such as the the OECD/Global Forum on Taxation and the UN Conventions against Drugs, Trans-national Organized Crime and Corruption (UNODC) are yielding results. The World Bank’s Stolen Asset Recovery (StAR) programme found that of nearly 1.4 billion dollars in frozen corrupt assets in OECD countries between 2010 and 2012, less than 150 million has been recovered.

Proceeds of illicit financial flows are difficult to recover despite some high-profile cases like that of Teodorin Nguema Obiang, the son of Africa’s longest serving leader, Teodoro Obiang Nguema Mbasogo of Equatorial Guinea. In 2014, a U.S. court ordered Teodorin to sell 30 million dollars’ worth of property believed to have been the proceeds of corruption. In 2013, 700 million in assets stolen and stashed in Switzerland by the Sani Abacha regime was returned to Nigeria.

A 2016 report by the Africa Growth Initiative at the Brookings Institution, “Foresight Africa: Top Priorities for the Continent 2017”, says good governance significantly impacts the mobilization of domestic resources such as tax revenues, as well as external financial flows such as FDI, ODA, remittances, and illicit financial flows.