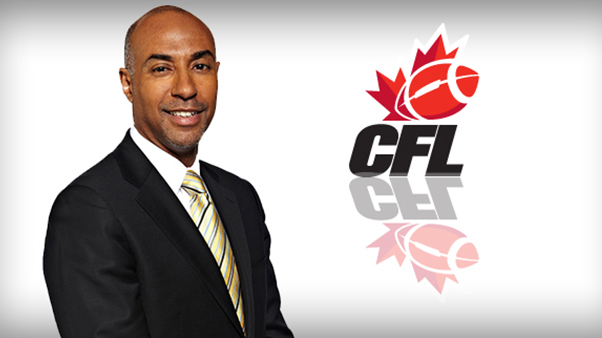 Jeffrey L. Orridge, the Canadian Football League's 13th. and first African Canadian Commissioner, will be on hand to receive the African Canadian Achievement Award for Excellence in Sports, on Saturday, February 25. Photo courtesy of the CFL.

TORONTO, Ontario, January 26, 2017 — Jeffrey L. Orridge, the 13th. Commissioner of the Canadian Football League (CFL), will be recognised and honoured by the African Canadian community, during Black History Month.

The Commissioner will be presented with one the community’s most prestigious tributes — the African Canadian Achievement Award of Excellence (ACAA) — for his “trailblazing accomplishments in the sports media/management arena, and particularly, your milestone as the first Black-Canadian to hold the office of Commissioner of the Canadian Football League”.

“We are delighted to recognise and pay tribute to Mr. Jeffrey L. Orridge, the 13th CFL Commissioner, during Black History Month, as one of our contemporary ‘Black history-makers’, this year,” said Michael Van Cooten, Founder, Chair and Chief Executive Officer (CEO) of the ACAA.

“This is especially important for our community, in this, the year of the 150th birthday of Canada, because Mr. Orridge’s many noteworthy accomplishments, in a little over a year since he assumed his current position, and in his previous executive roles, exemplifies the significant contributions made by African Canadians to the development of our nation, going all the way back to Mathieu De Costa, in the early 17th century.

“Our community is looking forward to honouring this distinguished gentleman, who is the first person of African ancestry to achieve the lofty position of CFL Commissioner,” he added. 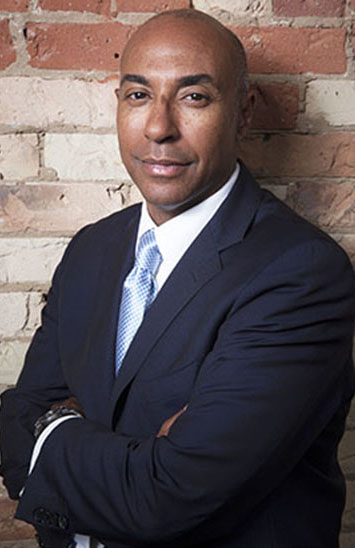 Orridge is repositioning the CFL for the future with a new and progressive approach. Photo courtesy of the CFL.

“A leading executive with a lifelong passion for sports and more than 20 years of experience in building major brands and businesses, Orridge is repositioning the CFL for the future with a new and progressive approach that is designed to further engage the CFL’s avid supporters while attracting a new generation of fans,” notes the CFL website.

Before being appointed to his current position, Orridge was Executive Director at Canadian Broadcasting Corporation (CBC) Sports, where he was responsible for acquisition, management, and revenue optimization of sports properties.

As the CBC Sports’ chief negotiator, he was credited for bringing the broadcasting rights to the 2014 and 2016 Olympic Games back to CBC/Radio-Canada, as well as the rights to the 2015 Pan American Games.

Orridge will be one of 15 high-achieving, distinguished Black Canadians who will be honoured and celebrated as “contemporary Black history-makers”, at the ACAA’s 33rd. annual gala ceremony — now recognised as the African Canadian community’s most prestigious event during Black History Month.

The ACAA was established, in June 1985, and has evolved into one of the Black community’s most distinguished and prestigious honours.

Today, it is recognised as the African Canadian community’s most prestigious event, during Black History Month.

The gala — which is being sponsored by RBC, Nursing and Homemakers Inc. (NHI), Pride News Magazine, Formula Honda, Pastor Fredrica Walters and Gwyneth Matthews-Chapman — will be held on Saturday, February 25 at the Jane Mallett Theatre, inside the St. Lawrence Centre for the Arts, in Downtown Toronto.

Tickets, which cost $45.00 for adults and $25.00 for students, 18 years and under, can be obtained by calling (905) 668-8869; visiting the organisation’s website: www.africancanadianachievementawards.com; or emailing at: acaa@bellnet.ca.