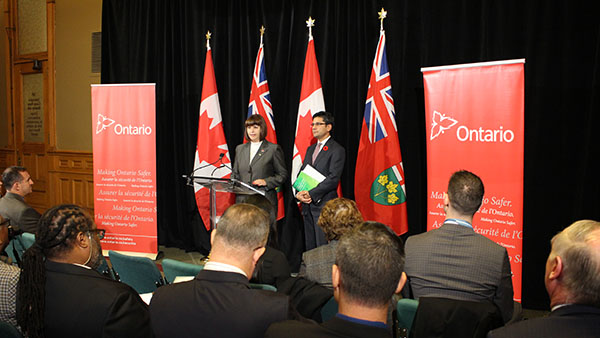 Under the proposed changes, the ombudsman would have jurisdiction over all three oversight bodies.

“Ontario is acting on 118 of the 119 recommendations directed towards the Ministry of the Attorney General — making this the most significant overhaul of policing oversight since these agencies were created,” notes a press release from the ministry.

The bill is a comprehensive community safety legislative package that, if passed, would represent the largest policing and public safety transformation in a generation.

“The proposed measures would modernize our approach to community safety, and improve police oversight and accountability. They respond to the needs and realities of Ontario’s diverse communities and would mandate local community safety and well-being planning. The goal is to build a province where all residents feel protected and safe in their homes and communities,” says a press release from the Ministry of Community Safety and Correctional Services.

The proposed legislation would transform Ontario’s policing framework by enhancing police accountability to the public by creating a new Inspector General of Police with a mandate to oversee and monitor police services and police service boards.

All board members would be required to complete training, including diversity training. Reporting requirements for boards would also be strengthened.

The province is also updating the police disciplinary process, including setting new rules for suspension without pay for police officers accused of serious criminal wrongdoing.

The legislation would also strengthen the police oversight system by expanding and clarifying the mandates of the three oversight bodies, establishing strong penalties for officers who do not comply with investigations, setting strict timelines for investigations and public reporting, and releasing more information about the results of investigations and disciplinary hearings by oversight agencies.

Presently, police officers are asked to cooperate with the investigations of oversight agencies, but there is no provincial offence for failure to do so.

Under the proposed changes, police officers would have a duty to comply with OSIU and OPCA investigations. Failure to do so would result in a provincial offence with a penalty of up to $50,000 or imprisonment for up to one year, or both.

Currently, most complaints to the Office of the Independent Police Review Director about police officers are referred to their respective police service to resolve.

The proposed changes require that within five years, the OPCA would no longer refer public complaints about police officers to police services for investigation. Instead, the agency would investigate nearly all complaints itself.

In a press release, BADC noted that it played a significant role in the development and shaping of this legislative package.

Kingsley Gilliam, Valarie Steele and Selwyn Pieters, legal counsel, consulted with both ministries, extensively, on key issues in policing and police oversight and made numerous recommendations, which can be found in the legislation, notes the release.

These include “ending the practice of suspension with pay for serious irrefutable misconduct”.

“It is not unusual for suspended officers, charged with murder or manslaughter or other serious offenses, to remain off duty under suspension for four to five years and continue receiving their pay at the public’s expense.

“This situation was highlighted earlier this year when the Sunshine List was published and an officer that has been under suspension for the entire year was shown as earning over $ 120,000,” BADC said.

Hewitt Loague, BADC president; Steele, who is the vice-president; Gilliam, director of communications and chief spokesman for BADC, and Pieters attended the press conference, held at Queen’s Park, as guests of the attorney general and minister of community safety and correctional services.

“Today is a great day for Ontarians, a great day for Canada and a great day for policing in the western world, because the legislative package will return policing to the nine core principles enunciated by Sir Robert Peele, Prime Minister of England in 1829 when he founded the first modern police force in the United Kingdom. The community is the police and the police is the community,” said Gilliam.

He noted that accountability will be significantly increased for officers at all levels, as well the police services boards and oversight bodies.

“It will increase transparency and objectivity in all matters of complaints and operation of police officers, police services, police services boards and oversight bodies. It will see all Justice Tulloch’s recommendations implemented, as well as numerous recommendations from community advocates and stakeholder groups and it will significantly reduce the fear of police in the community; which make some communities more fearful of the police than criminals.

“It will increase trust of the police by marginalized communities to the extent that people will be able to call 911 and do not have to fear that their loved ones will be killed by the police. Police, on the other hand, would be able to feel safe in dealing with communities and would obtain their cooperation in solving and preventing crimes,” said the press release.

Meanwhile, the JCA said it is pleased to see that recommendations from the review of police oversight bodies, conducted by Justice Tulloch, will be implemented. 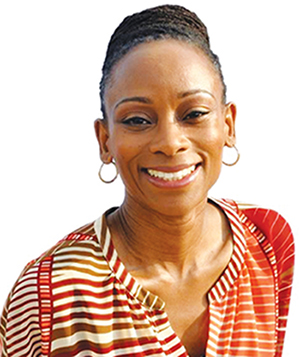 “The recommendations reflect feedback received by our community and we hope this is the start of more transparent, accountable and responsive enforcement organizations. Reform is long overdue and there is still much work to be done, but we recognize this important step and look forward to (its) implementation,” says Adaoma Patterson, president of the organization.

The proposed legislation represents the first comprehensive review and amendment of the Police Services Act since 1990.

The proposed changes are part of the government’s commitment to build stronger, safer communities through its Strategy for a Safer Ontario.

They would also do so by outlining police responsibilities and community safety service delivery.

For the first time, duties that can only be performed by a sworn police officer will be defined in regulation.

The new act would ensure police education, training, and standards are consistent across the province, and would create a Public Safety Institute as a centre of excellence to inform the delivery of police services, support evidence-based decision making, and conduct leading edge research.

The proposed legislation would support the sustainability of First Nations policing by enabling First Nations to choose their policing service delivery mode, including the option to come under the same legislative framework as the rest of Ontario.

This would ensure First Nations receive culturally responsive, sustainable, accountable, and equitable policing that has the flexibility to address specific community needs on their own terms.

The legislation would also change the Coroners Act to improve Ontario’s inquest system by requiring that inquests be mandatory when a police officer, special constable or other officer’s use of force is the direct cause of a death.

“Community safety starts in the community with a proactive approach that focuses on well-being. The changes we are proposing represent the largest transformation to Ontario’s policing and community safety in over 25 years, and will result in even stronger, safer communities,” said Minister Lalonde.

Meanwhile, Attorney General Naqvi said these are the most significant changes to the police oversight system since it was first created.

“By expanding and clarifying the three agencies’ mandates, introducing new timelines and penalties, and increasing public reporting we are building a more accountable and transparent policing oversight system. The changes we are proposing will help ensure there is trust and respect between the police and the communities they serve,” he said.

The government of Ontario says it is working to build stronger, safer communities by modernizing Ontario’s policing framework to make it more community-focused, accountable, sustainable, and culturally responsive.