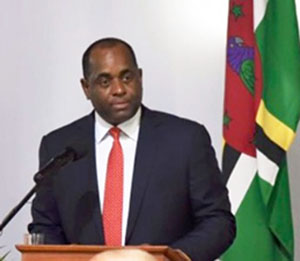 ROSEAU, Dominica, March 10, 2017 (CMC) – The Dominica government says a United States-based firm that conducted studies for the construction of an international airport, will present its findings to Cabinet, next month, amidst a call by the private sector for the Roosevelt Skerrit administration to re-engage with the population on the matter.

Prime Minister Skerrit told students of the North East Comprehensive School that he was giving the “assurances that this government is doing everything possible to build an international airport here in the north-east.

“We have, in fact, engaged an international firm, a US firm, to do all of the studies in relation to the international airport and they are coming down to do a presentation to the Cabinet on the April 21, 2017 on their findings,” he added.

Meanwhile, the Dominica Association of Industry and Commerce (DAIC) said there’s need for the government to “re-engage, to begin that discussion again on an international airport”.

DAIC Vice President, Eluid Williams, speaking at a ceremony, which was addressed by former St. Kitts-Nevis prime minister, Dr. Denzil Douglas, on the construction of an international airport here, said the issue first came into the public domain “some years ago, and again at election…and I think it is not something we can escape”.

“It is a discussion that really needs to be ongoing, and I think the point was made, emphatically, that ultimately it is what the people of Dominica want, given the direction from the policy makers,” said Williams, a former acting Head of State.

In his address, Douglas, who served as head of government in the twin-island federation for 15 years, said the construction of an international airport is an expensive venture.

“It tends to be tremendously expensive, under the best of circumstances, and this is particularly so in countries like Dominica, where a complete re-arrangement of nature’s properly placed topography would be required,” he added.

He said the construction of an international airport, taking into consideration all the factors involved, should “be the focus of a broad-based and in-depth process of national consultations”.

Douglas told the private sector, here, that his experience with massive infrastructural projects “tells me that an undertaking of this magnitude…(should be) let’s move forward as a private-public sector partnership”.

He said an international airport for Dominica would also be very beneficial to the agricultural sector.