New in Pride
Home / International News / At 60, Ghana Looks To A Future Beyond Aid 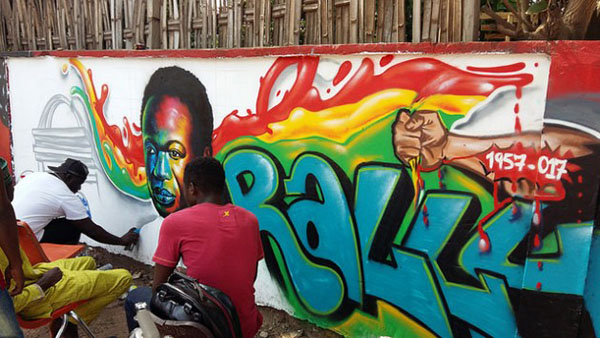 A graffiti artist in Accra creates an image of the leader of Ghana’s struggle for independence, Dr. Kwame Nkrumah. Photo credit: Kwaku Botwe/IPS.

At 60, Ghana Looks To A Future Beyond Aid

At 60, Ghana is viewed by many as a beacon of democracy and stability. But its current growth rate is just 3.6 percent — the lowest in 20 years — and its tax revenue to GDP ratio is 18 percent, which is one of the lowest among middle income economies.

At 60, it has a debt to GDP ratio of over 73 percent, one of the highest in the sub-region; the country is bedeviled with an erratic power supply, which has caused many businesses to collapse; and its informal sector is still not formalized enough to be able to widen the tax net.

At 60, Ghana still has schoolchildren who study under trees.

Some of these economic indicators have sparked a national debate about whether it was prudent for the country to set aside 4.3 million dollars to celebrate the day. Many are of the view that such an amount could be better spent on projects that would bring some economic dividend than, as they describe it, to waste it on pomp and pageantry, parade and fanfare.

These criticisms may have informed President Nana Akufo-Addo when he announced that the budget for the commemoration would not be borne by the taxpayer but by corporate Ghana. The chairman of the 30-member committee planning the anniversary was quick to add that committee members would be doing their work on voluntary basis.

But there are some who take all this with a pinch of salt, perhaps taking a cue from what many perceive to be misappropriation of funds and plain corruption during the organization of the event ten years ago (the Ghana at 50 commemoration committee spent over 60 million dollars).

The head of the Centre for Economic Governance and Political Affairs at the policy think tank Imani-Ghana wants government to make public the names of all companies who committed and how much they committed, to ensure accountability and transparency. Patrick Stephenson believes this is “the only way we can ensure that a corporate body is not getting some undue advantage in the award of contracts just because of their affiliation to this event”.

The independence event is always commemorated with marching parades performed by security personnel, workers unions, traders and school children among others. The event, which typically starts with the lighting of a flame, also sees the president inspecting a guard mounted in his honour.

Stephenson wants organisers to think outside the box and use innovative means to project and develop certain aspects of the country’s economy and culture. “For instance, cocoa, one of our biggest cash crops, could be the year-long theme of one of the commemorations in which we will look at the history, the challenges, the current situation and set targets be achieved as to how to improve on its production,” he said.

It is a view shared by communications academic Dr. Ete Skanku. He writes: “The parades are exciting but you don’t need to stand and take a salute. Spare the kids the unnecessary dehydration. Engage them in another way. They can be out there promoting a major nationals initiative practically or give a meaning/breathing life to a national project.”

The day is observed as a national holiday but most people within the informal sector, especially traders, couldn’t afford to stay at home. At the central business district in the capital, Accra traders were busily going about their business. But the traders believe that the day is worth celebrating as the budget statement given by the finance minister some four days ago seems to give some hope.

The Government has already abolished nine taxes, including a duty on importation of spare parts and the excise duty on petroleum, saying these are nuisance taxes that have “low revenue yielding potential and at the same time impose significant burden on the private sector and on the average Ghanaian”.

“These measures introduced by the government will help businesses a lot and the one-district-one-factory policy by the new administration, if implemented, will enable some of us to go back home for jobs because in Accra here we use a good part of our incomes on rent. If I were in my hometown I wouldn’t have to pay rent. I can use that rent money for something else,” says Francis Agyei, a 32-year-old second-hand clothing seller at Accra. 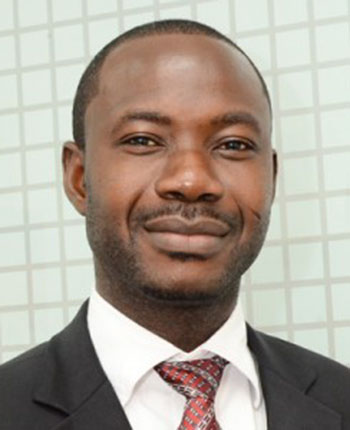 But a lecturer at the economics department of the University of Ghana, Owusu Adu Sarkodie, says Francis’s hopes and aspirations can only be achieved if managers of the economy and resources do things differently. He believes politicians should increase the revenue tax net to cover majority of people and move away from the borrowing mindset.

“We don’t have to keep borrowing for borrowing sake. Even if we have to borrow we need to use the money prudently. If you look at the public debt right now, the greater part of it was for consumption. For example, last year we borrowed 17 billion cedis, we only invested 7 billion, where did the rest go? Consumption,” he added.

If words were action then these words uttered by the President Nana Akufo-Addo in his maiden State of Nation address to parliament some two weeks ago should offer some hope to Ghanaians:

“We will put in place policies that will deliver sustainable growth and cut out corruption. We will set upon the path to build a Ghana that is not dependent on charity; a Ghana that is able to look after its people through intelligent management of the resources with which it has been endowed.

“This Ghana will be defined by integrity, sovereignty, a common ethos, discipline, and shared values. It is one where we aim to be masters of our own destiny, where we mobilise our own resources for the future, breaking the shackles of the “Guggisberg” colonial economy and a mind-set of dependency, bailouts and extraction.