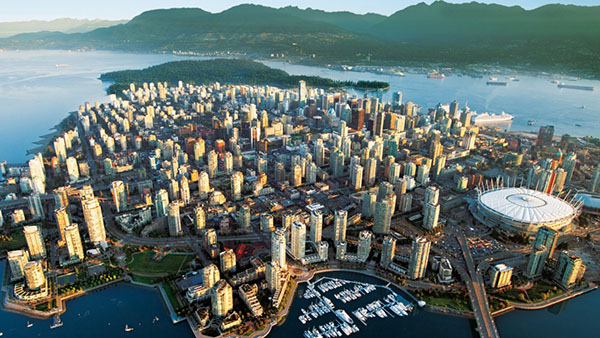 Aerial view of Vancouver, Canada, one of four cities that are the focus of the Berlin-based Transparency International's recent report, "Doors Wide Open: Corruption and Real Estate in Key Markets". Photo courtesy of Vancouver Economic Commission.

ROME/BERLIN, April 1, 2017 (IPS) — The governments of Canada, the UK, Australia and the US need to close glaring legal loopholes to prevent the corrupt elite from laundering the proceeds of grand corruption in their local real estate markets, a major anti-corruption watchdog urges.

The Berlin-based Transparency International (TI), a global anti-corruption movement working in over 100 countries, on March 29, issued a new report, Doors Wide Open: Corruption and Real Estate in Key Markets, in which it identifies the 10 main problems related to real estate and money laundering in those four countries, and makes recommendations on how to address them.

The report focuses on four cities that are known hot-spots for the corrupt to invest and launder money.

“Governments must close the loopholes that allow corrupt politicians, civil servants and business executives to be able to hide stolen wealth through the purchase of expensive houses in London, New York, Sydney and Vancouver,” said José Ugaz, Chair of Transparency International.

“The failure to deliver on their anti-corruption commitments feeds poverty and inequality while the corrupt enjoy lives of luxury,” Ugaz added. 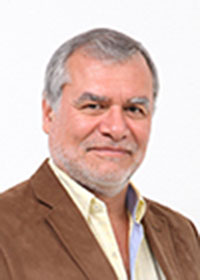 Real estate has long provided a way for individuals to secretly launder or invest stolen money and other illicitly gained funds, TI informs, adding that according to the Financial Action Task Force (FATF), real estate accounted for up to 30 per cent of criminal assets confiscated worldwide between 2011 and 2013.

“Not only do expensive apartments in New York, London or Sydney raise the social status of their owners and allow them to live in luxury, they are also an easy and convenient place to hide hundreds of millions of dollars from criminal investigators, tax authorities or others tracking criminal behaviour and the proceeds of crime,” he added.

Failure to Detect, Prevent Money Laundering in Real State
The international anti-corruption group found that despite anti-corruption promises by government in the countries covered in the report, current rules and practices have failed to detect and prevent money laundering in the real estate sector.

“Strikingly, Australia, Canada and the US rely almost exclusively on banks to stop money laundering, even though a slew of middlemen including real estate agents, accountants, tax planners, lawyers and others participate in deal-making.“

This makes all-cash deals, which do not require the involvement of a bank and which represent a significant proportion of high-end sales made to overseas investors, especially difficult to track, says TI.

Only the UK requires that checks are made on people selling real estate in order to identify suspicious activity and identify the real owners of the property.

However, TI emphasises that the same checks by real estate agents are not required on the buyers – where the highest risk of money laundering exists – leaving a gaping hole in the sector’s defences against corrupt money.

The report also finds that offshore companies pose a serious risk in all four countries because they are able to purchase property without needing to disclose any information relating to who ultimately owns and controls them to any government authority. The UK has committed to establish a registry to collect and publish this information.

Transparency International makes the following recommendations:
• Governments should require all middlemen to identify and keep records of the real, beneficial owners of legal entities, trusts and other legal arrangements in real estate sales.