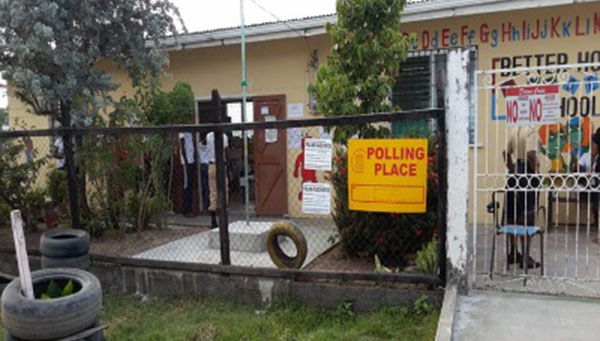 GEORGETOWN, Guyana, Mar 18, (CMC) – Guyanese are voting, today, in the first Local Government Elections (LGE) since 1994, with both the government and the main opposition, People’s Progressive Party/Civic (PPP/C), confident of winning the elections. 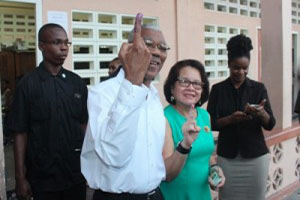 President David Granger and his wife, show off their fingers after voting.

President David Granger, who along with his wife, Sandra, voted at the Enterprise School in Durban Backlands, told reporters that, “it is a feeling of great satisfaction that our coalition, within the first year in office, has been able to give to the Guyanese people, something that they crave for over the last 19 years. So I am very happy and very satisfied that we have been able to deliver local democracy to our citizens.”

He said, he is predicting a high turnout of voters since voters have been clamouring for changes to the local systems that would have governed them for over two decades.

“They want to be able to have the type of municipality that will give them that quality life, so I am not worried about the numbers or the outcome”, Granger said.

But PPP/C General Secretary, Clement Rohee, said, he is convinced that the voters will send a message to the coalition government, comprising A Partnership for National Unity (APNU) and the Alliance for Change (AFC), that they have become worse off ever since the PPP/C government was removed from office in May last year. 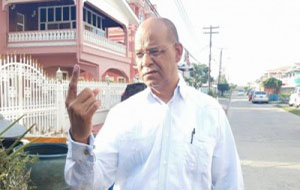 Rohee said, PPP/C supporters have been energized for the local government elections adding, “they will be using these elections to say to the APNU+AFC that they are fed up and disgusted and they want to change back to where they were under the PPP Civic administration”.

In the run-up to the elections, the PPP had raised several concerns about the readiness of the Guyana Elections Commission (GECOM) for the polls. It wanted full reform of GECOM before the elections.

Rohee said, many of the concerns of his party were addressed, but there were many more that were not, adding, “the struggle continues”.

He said, the party will continue to work to ensure there are changes at GECOM before the next general elections, which are due in 2020.