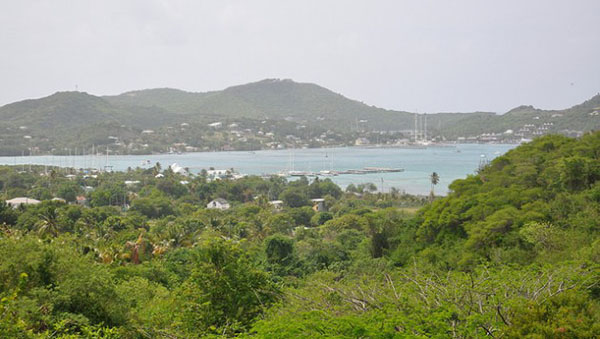 Picturesque Antigua and Barbuda says its “natural beauty” is what is being fought for in the war on climate change. Photo credit: Desmond Brown/IPS.

“Imagine a World Where the Worst-Case Scenarios Have Been Realized”

ST. JOHN’S, Antigua and Barbuda, April 20, 2017 (IPS) — The tiny island-nation of Antigua and Barbuda has made an impassioned plea for support from the international community to deal with the devastating impacts of climate change. 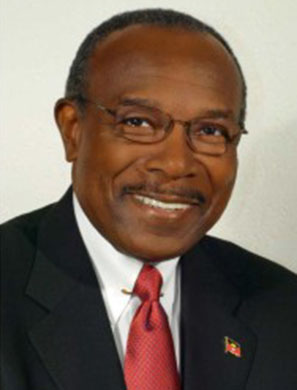 “One area of approach that we have undertaken in Antigua and Barbuda, that I believe would be beneficial amongst other Small Island Developing States (SIDS) and developing countries, is for those of us with more advanced institutions to seek to be of assistance to other countries,” Joseph told IPS.

“I would like to encourage other countries, which have strong institutions, to take up the challenge in not only seeing how to combat climate change locally and nationally but, where possible, taking regional and global approaches.”

The Paris Agreement, which entered into force in November last year, brings all nations into a common cause to undertake ambitious efforts to combat climate change and adapt to its effects, with enhanced support to assist developing countries to do so.

Its central aim is to strengthen the global response to the threat of climate change by keeping a global temperature rise this century well below 2 degrees C above pre-industrial levels and to pursue efforts to limit the temperature increase even further to 1.5 degrees C.

Earlier this month Antigua and Barbuda hosted the 16th meeting of countries participating in the Cartagena Dialogue for Progressive Action.

The Dialogue is an informal space “open to countries working towards an ambitious, comprehensive, and legally binding regime in the United Nations Framework Convention on Climate Change (UNFCCC), and committed, domestically, to becoming or remaining low carbon economies.”

It aims to “discuss openly and constructively the reasoning behind each others’ positions, exploring areas of convergence and potential areas of joint action.” It is one of the few groups within the UN climate negotiations that brings together negotiators from the global North and South.

“When I see long lines of vehicles trying to escape the storm by heading over state lines or crossing international boundaries, I always wonder what they would do if they lived here.” –Foreign Minister Charles Fernandez

Joseph told delegates that “as a nation, we have a lot to lose” and he urged them to ensure that the Paris Agreement serves the future of all nations and becomes the cornerstone of advancing economically, socially and otherwise.

“Imagine a world where white sandy beaches and coral reefs like the ones just off these shores become a rarity. Where glaciers and snow covered mountain tops might be limited to postcard memories. Where droughts, storms, famines and epidemics can become more intense and more common. Where the worst-case scenarios of climate change have been realised. And with this grave image of what is at stake for humanity in our minds, let us earnestly collaborate to ensure that such horrors never come to pass,” Joseph said.

His colleague, Charles Fernandez, the Minister of Foreign Affairs, said as a member of the SIDS, Antigua and Barbuda’s “natural beauty” is what is being fought for. 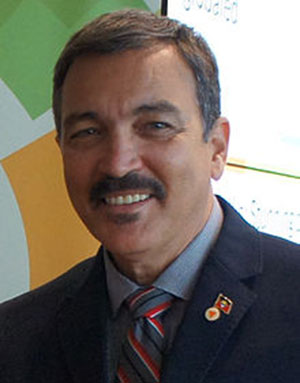 “Sometimes I watch how larger and richer countries react to the approach of a major hurricane,” he told IPS.

“When I see long lines of vehicles trying to escape the storm by heading over state lines or crossing international boundaries, I always wonder what they would do if they lived here. We small islanders have to be ready to bunker down and bear it; and when it’s over, dust off and pick up the pieces.

The Cartagena Dialogue is one mechanism through which countries look beyond their self-identified commitments toward establishing an ambitious new and binding agreement on climate change.

Joseph said the establishing of such a regime will require the coming together of many and various minds on an impressive list of complex issues.

“From the promotion and access of appropriate technologies that will help nations pursue economic development while mitigating greenhouse gas production, to ensuring that other strategies such as public awareness, education, finance, sector specific targets and national limits — all deserve our keenest consideration toward achieving our goals,” he said.

“Here in Antigua and Barbuda, the government is in the process of developing regulations to further guide the implementation of the Paris Agreement. However, this will only be one in a series of vital steps needed to put Antigua and Barbuda on a progressive path to deal with climate change. We are aggressively pursuing accreditation to the various mechanisms and hope that our experiences both in the accreditation process and implementation will serve as examples and best practices for other SIDS and developing countries to further their own actions against climate change.”

Antigua and Barbuda is the first and currently the only country in the Eastern Caribbean to have achieved accreditation to the Adaptation Fund.

“We have decided as a member of the Organisation of Eastern Caribbean States to use this status not only for our own advancement but also toward the advancement of fellow members of the sub-region by allowing ourselves to serve as a regional implementing entity, improving their access to the financial mechanisms,” Joseph said.

The Paris Agreement was opened for signatures on April 22, 2016, and will remain open to Parties of the UNFCCC until April 21, 2017.

The Paris Agreement becomes international law based on a dual “trigger” – when 55 Parties have ratified the Agreement, and 55 percent of the goal of emissions are covered by the Parties.

While the Paris Agreement wasn’t expected to enter into force until 2020, countries including Antigua and Barbuda have been demonstrating leadership to address the global threat of climate change, and reduce emissions to meet the target of less than 1.5 degrees C increase in global average temperatures.