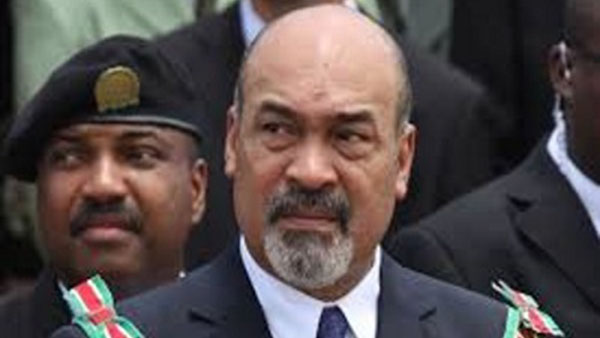 PARAMARIBO, Suriname, June 28, 2017 (CMC) — Suriname’s military prosecutor, today, demanded a 20-year jail term for President, Desi Bouterse, for his alleged role in the so called “December Murders” that has given the country’s ‘trial of the century’ an unexpected historical turn.

But, Irwin Kanhai, the attorney for President Bouterse, said “it is not over yet” and together with the lawyers for the other defendants will address the Military Court, on Thursday.

Relatives of the 15 men who were murdered on December 8, 1982, expressed happiness after hearing the demand by prosecutor, Roy Elgin, who based his request for 20 years on his belief that the murders had been premeditated.

He told the court that Bouterse, who at the time headed a military government in this Dutch-speaking Caribbean Community (CARICOM) country, was responsible for the killings and that the former army leader had been in Fort Zeelandia at the time they were committed.

“The murders were planned properly and there was a script. It was premeditated,” said Elgin.

Several years ago, the former army commander claimed political responsibility for the murders since he was head of the government at the time of the massacre, but has denied any personal involvement in the killings.

Bouterse claimed that the trial is politically motivated and has argued, in the past, that the truth and a resolution regarding the “December Murders” will not be found through the court system, but rather through a process as had been the case in South-Africa and other countries, where special commissions were established to determine the truth behind political murders.

The “December Murders” trial started in 2007, at least 25 years after the murders of the prominent citizens at the historic Fort Zeelandia in Paramaribo, that then served as the headquarters of the then-military leadership of Suriname.

But in May 2012, Parliament passed an amendment to the Amnesty legislation, derailing the trial just days before Elgin was to announce his terms for punishment.

In June last year, Bouterse again moved to derail the trial by instructing his Attorney General, Roy Baidjnath-Panday, to end the prosecution, indefinitely. The Military Court overruled the blockade of the trial in December 2016, arguing that the invocation of Article 148 did not stand. The Attorney General then filed an appeal before the Court of Appeal.

On May 11, the Appellate Court ruled that the Attorney General’s request was inadmissible and the case was sent back to the Military Court.

In his presentation to the Military Court, the prosecutor referred to statements of union leader, Fred Derby, who was the only one of the 16 men who had been arrested, and who survived the night at Zeelandia.

Derby, who died from a heart attack in 2001, had given a statement in December 2000, in which he said that it was Bouterse who had presided over a ‘tribunal’ that decided who would die that night. 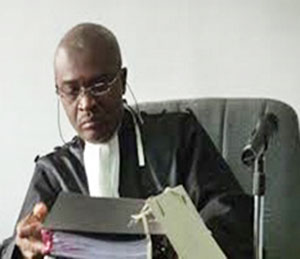 Elgin insisted that even if Bouterse was not present in Fort Zeelandia, he could still be considered the culprit, as his presence is not a prerequisite.

While there were insinuations that Bouterse, personally, killed two of the December Murder victims, the prosecutor said that there was no such evidence.

Elgin said that there were enough statements from trustworthy witnesses to back his demand that Bouterse be jailed for 20 years.

He dismissed as “untrustworthy” several witnesses, who claimed that they could not remember what took place on December 8, 1982.

The relatives of the murdered men say they were happy with the demands of the prosecutor, even as they remained cautious.

Henri Behr, whose brother, Bram, a journalist, was among those killed, said that demand had been presented “lengthy and clearly” and showed that the rule of law was functioning.

He praised the prosecutor saying “It must be a weight off his shoulders.”

Romeo Hoost, who spoke for the van het Committee Remembering Victims Suriname, said it was “remarkable how the Prosecutor’s Office made a 200 percent turn and came to a demand after so many years”.

But he said it was too early to be jubilant. Bouterse has, in the past, tried to stop the trial and Hoost was worried that he would take action again. “He will not accept this as a verdict.”

Attorney Gerard Spong, an outspoken critique of Bouterse, said the demand was of huge historical value, noting that the prosecutor had indicated there was enough evidence to prove that Bouterse was present during the murders.

“Legally that is important because it helps to prove that there was classic premeditation in play,” he said, adding that he hoped the Military Court would adhere to the request of the prosecutor.