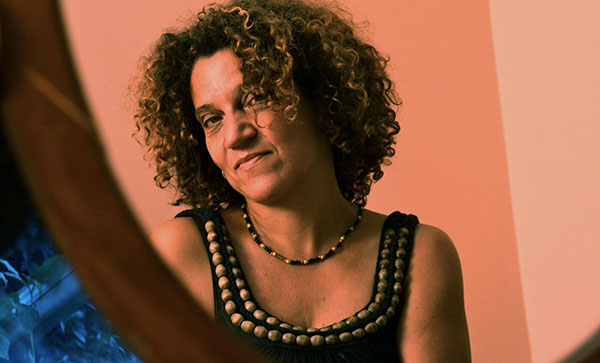 Toronto, Ontario – It took filmmaker, Frances-Anne Solomon’s, dogged determination to put on the first CaribbeanTales film festival and now in its eighth year the festival has expanded the possibilities of Caribbean film.

Solomon, chief executive officer of CaribbeanTales Worldwide Distribution, recalled that when she started out in 2001 there was no profile of Caribbean film at that time.

“I decided to work outside the Caribbean because the Caribbean did not have the infrastructure to tell our stories,” Solomon said at the media launch of the 8th annual CaribbeanTales Toronto film showcase at the consulate general of Trinidad & Tobago in Toronto on July 11.

The England-born, award-winning filmmaker of Trinidadian parentage was raised and educated in the Caribbean and Canada before moving to England where she built a successful career with the BBC as a television drama producer and executive producer.

Solomon will also launch CaribbeanTales-TV, a Netflix-style video on demand platform at the festival. Funded by the Trillium Foundation, the platform is aimed at students, educators and Caribbean film buffs around the world.

“CT-TV aims to be the go-to Internet hub where anyone anywhere can find films on any subject related to the Caribbean,” said Solomon.

Having brought 45 filmmakers from the Caribbean to an intensive five-day Incubator program in Toronto, which ran simultaneously with the Toronto International Film Festival (TIFF), Solomon was delighted to be told by a filmmaker that the Caribbean is the next wave in filmmaking.

Vanessa Ramhit-Ramroop, consul of the Trinidad & Tobago consulate representing Dr. Tota-Maharaj, consul general, said the Caribbean region is one of unique and exceptional talent and CaribbeanTales should be lauded for “taking Caribbean films to the world.”

She said the Caribbean offers directors and producers, scenic locations, a skilled labour force and there are generous tax concessions offered in some of the islands.

Ramhit-Ramroop said the government of Trinidad & Tobago has identified the film industry as one of the seven sectors air-marked for expansion and aimed at diversifying and developing the economy through attracting international productions and generating local employment.

“To that end, the Trinidad and Tobago Film Company has introduced a competitive rebate, the Production Expenditure Rebate Program, which provides cash rebates of up to 30% for expenditures accrued by filmmakers while filming in Trinidad and Tobago,” she said.

The consul cited as an example the recent film, Home Again by Canadian filmmakers, Sudz Sutherland and Jennifer Holness.

“Not only will the development of the film industry in Trinidad and Tobago foster economic activity, but it will also highlight our culture, and Caribbean culture, and broadcast it around the world.”

Nicole Brooks, manager and facilitator of the Incubator, said the program brings the best of the Caribbean to the world.

Showcasing 10 feature-length and 20 short films covering many genres and themes from August 17 to September 14, the festival aims to raise the international profile of Caribbean filmmakers, support the growth of the film industry in the Caribbean, and serve as a promotional platform for the Caribbean as a premier destination for film production.

The festival, held mainly at the Harbourfront Centre, is partnering with the Islands of the Caribbean for a special screening series called “Gems of the Caribbean,” on August 17, 18 and 30 at the CNE.

Erica Henry-Jackman, director of tourism for Antigua & Barbuda representing Friends of the Caribbean, said this is the first time that the Caribbean will have a physical presence at the national exhibition.

From September 4-14, the Harbourfront Centre will screen the best new films of the past year from the Caribbean region.

The red carpet gala, hosted by the Trinidad & Tobago consulate will be held on September 4 with a Caribbean reception and a screening of the world premiere of Kingston Paradise, a 90-minute feature film by Mary Wells and a Jamaica/Canada 2013 production.

There will also be a world premiere of No Bois Man No Fraid, a 86-minute film about two martial artists rediscovering their roots in the unique Trinidadian martial art of Kalinda or Stickfighting, by Christopher Laird Laird of Trinidad & Tobago.

The closing night feature is Songs of Redemption by Miquel Galofre of Jamaica. The 90-minute examines life inside the General Penitentiary in Kingston, Jamaica and showcases an innovative project involving inmates and wardens working collaboratively to build self-worth and respect.

There will also be Queer Caribbean featuring cutting-edge films and documentaries exploring the voices of LGBTQ film artists.

Jamaica Invasion and Trini 2 De Bone include original drama, docs and animation from Jamrock and the twin-island republic of T&T.