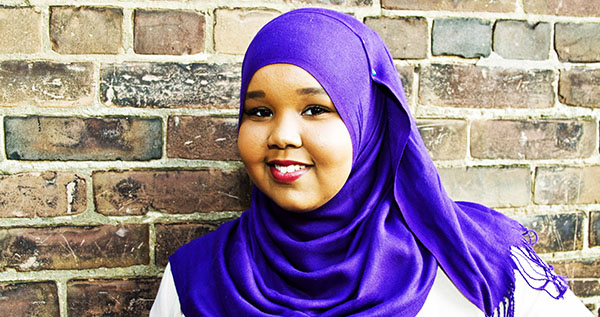 Black Candidates Willing To Speak Up For Communities

TORONTO, Ontario – Exactly two months from now, Torontonians will cast their ballots in the 2014 Municipal Election and five first-time, African Canadian candidates are hoping that they will be the choice to represent their wards at City Hall.

Munira Abukar and Andray Domise are candidates for Ward 2 Etobicoke North, Idil Burale is running in Ward 1 Etobicoke North, Lekan Olawoye wants to be the councillor of Ward 12 York South-Weston and recently retired (2012) City of Toronto administrator (and activist) Ken Jeffers has his eyes on Ward 42.

They all want to address issues of public transportation, affordable housing, unemployment, recreational spaces, and improving the social and physical infrastructure of communities.

Abukar, 22, who is of Somali descent, said the response from the community has been positive to her candidacy. She registered to run in July after looking at the 12 candidates in the ward and feeling that there wasn’t a local voice that spoke on behalf of constituents.

She has lived in the community her entire life and noticed that the other candidates either lived briefly or never lived in the area.

Given the local work that she has done for the past nine years, she decided, “It’s not about the time that you enter, it’s about the impact that you have when you enter and I realize, regardless of the fact of whether I entered in July or entered in January, it’s still the same impact. I knew I would have a positive response.”

She said people in the ward knew of the work she did as a board member of Toronto Community Housing Corporation (TCHC) and with a local food bank associated with it, Friendship food program.

They started small gardens in backyards four years ago to make sure they had healthy food growing to support families with fresh produce to eat.

She said the concerns of people in the ward vary; those living in TCHC buildings are concerned about community safety, not having enough lights in their building and not having the property up-to-date.

In the Dixon area, the biggest concern is the lack of community recreational spaces, and as a result many of the young people hang out in the parks late at nights.

Abukar said there are several high-rises in the area with many young people under the age of 18 and whenever there is a summer camp, they have to walk over to the neighbouring community or take the bus to participate in some programs.

There are also issues of affordable housing and dependable transit with a major concern being the change of bus routes without public consultation.

“We keep having this debate about subway or LRT, but it’s like we’re not talking about how to get people moving now. We need buses, we need them now,” she said, noting that she recently finished her undergraduate degree at Ryerson University and it took her two hours to get from home to the university because Etobicoke lacks buses.

Abukar said Toronto is going to be in a transition in the next four years and the slate of candidates like her, Domise and Olawoye, is positive.

“Our city slogan is ‘Diversity is our Strength’ and I’ve always been challenged by that statement because it’s a wonderful statement. Diversity should be every city’s strength, but it’s how we actualize it that really concerns me.” 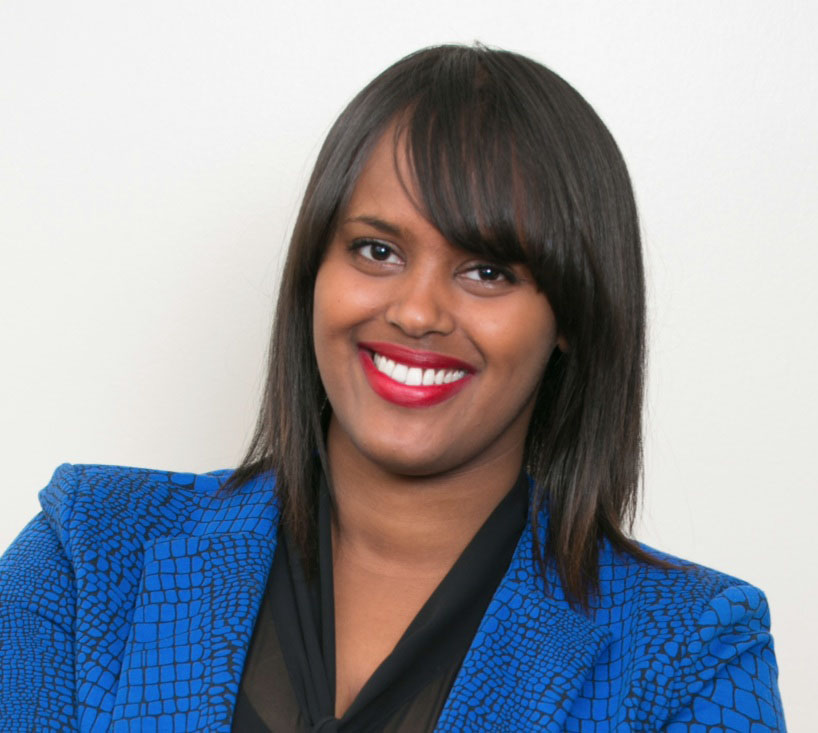 Burale, 28, who is also of Somali descent, is a community advocate and former political staffer at Queen’s Park.

She entered the race in February and is interested in investing in communities because, according to her, Toronto is a city of communities and neighbourhoods.

Burale said unemployment is huge for youth as well as for other people and that Ward 1 has a lot of newcomers as well as young people. “Are young people getting the skills they need to prosper in the 21st century economy? Now that we see the economy shifting from service-based to knowledge economy, how are we preparing people with the skills?”

Community safety is another issue for her, she said, noting that there have been several occurrences of gun violence in northwest Toronto, including around Jamestown and Mount Olive.

A founding member of the Policing Literacy Initiative, she is proposing a plan for community safety that includes the residents and not just the police. 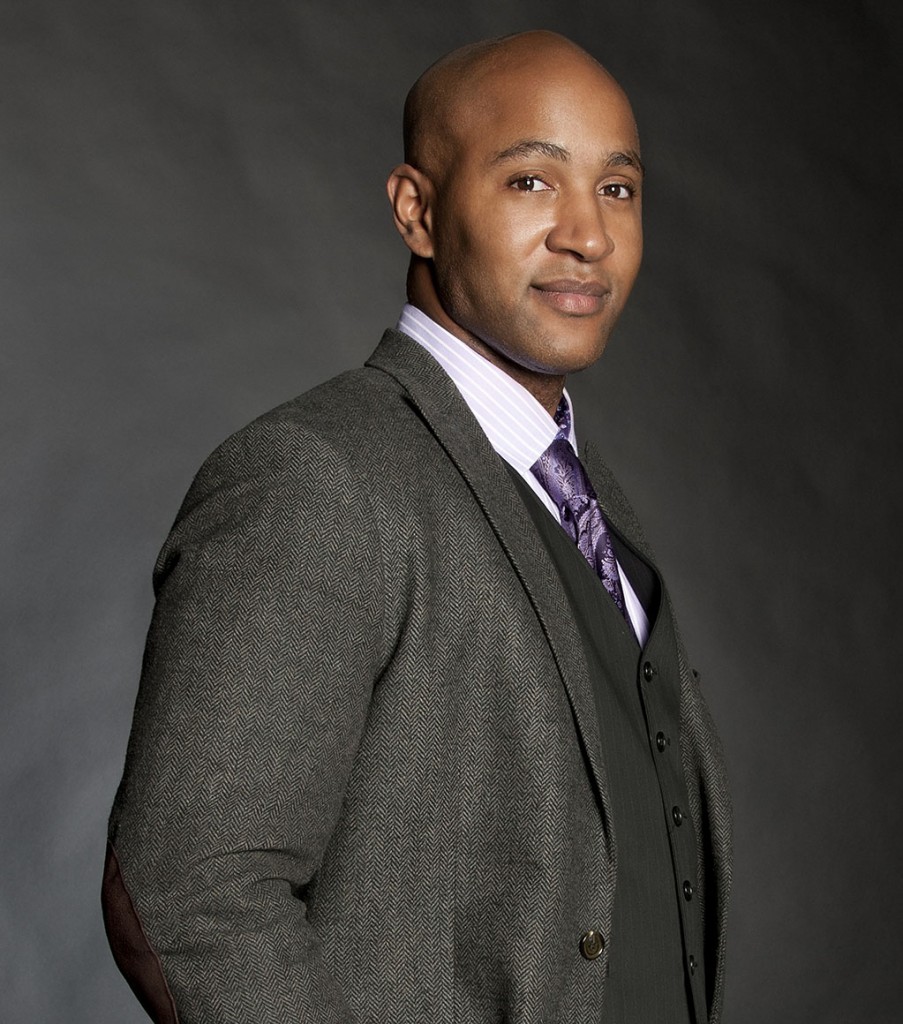 Andray Domise is a candidate for Ward 2 Etobicoke North

Domise, 33, a financial planner of Jamaican parentage, recently wrote an open letter to the African Canadian community questioning the support that many are showing for Mayor Rob Ford.

The mayor’s brother, Doug Ford, had decided not to seek re-election in Ward 2, but to become the campaign manager of the mayor. Their nephew, Michael Ford, recently entered the election race to represent Ward 2.

Domise, who registered to be a candidate in April, described the reaction from the community to his letter as mixed, acknowledging that some people bought what he wrote.

The University of Windsor alumnus said while a lot of people were agreeing with him, in principle, saying that Ford does not support them, they have been saying this very quietly.

On the other hand, there are some very vocal people who are angry with what Domise wrote and think that he is trying to get attention for himself and undermine the mayor.

His questions to them are: “How has he [the mayor] improved your life in any way?” and “What actual vote did he cast on council or on a committee to support the community?”

“I’m not going to say the result was overwhelmingly positive. But it does show me how poorly we think of ourselves that we’re not out there trying to develop our own leaders, but we’re going to support somebody that’s been out to do nothing but undermine our own community and keep us dependent on him to get ahead in Toronto at all,” he said.

Domise said the ward is so geographically and demographically diverse that he is hearing everything from the roads are in a terrible state of disrepair, parks are rundown, kids have nothing to do, to trees damaged by the winter ice storm still need to be pruned.

Residents have also complained that there are no grocery stores in that section of Rexdale, no recreational facilities for kids and seniors, and no access to public transit to get from one side of the neighbourhood to the other.

Domise said there is no direction from City Hall, nothing to create opportunities for young people or for people to get to and from jobs, and nothing to attract investors to Rexdale.

“What it’s telling me is that we’ve bought into this mythology that Rob and Doug Ford have been saying to us that no one is taking better care of Etobicoke than they are. And, when you actually dig beneath the surface what you find is a whole lot of talk and absolutely no action, no clear direction, no leadership, nothing.”

One of the challenges that he has faced, as a first-time candidate, is attracting volunteers to walk door to door with him in the ward.

“I found that the community hasn’t shown up in the sense that you don’t really have our leadership, our radio stations, our organizations, telling people to go out and help all the candidates to ensure that they better the community.”

He said other communities tend to show up but “with us, we’re so apathetic and withdrawn from the conversation that we’ve almost given up on ourselves and that’s really sad. Don’t believe that I’ve given up on my community by any stretch. I’m out here giving speeches and I’m talking to people, I’m going to organizations, schools and so forth about the importance of civic engagement.”

However, he said, it is a letdown on the part of Black leaders, not the community itself, who have done a terrible job with a few exceptions.

He criticized the larger organizations for holding events to honour “our forefathers and paying absolutely no investment into our future.”

Domise is engaging people in conversations about what kind of city they want Toronto to be and what opportunities for young people they would like to see.

However, he said, people are very skeptical that there is going to be any help out of City Hall or community leaders. 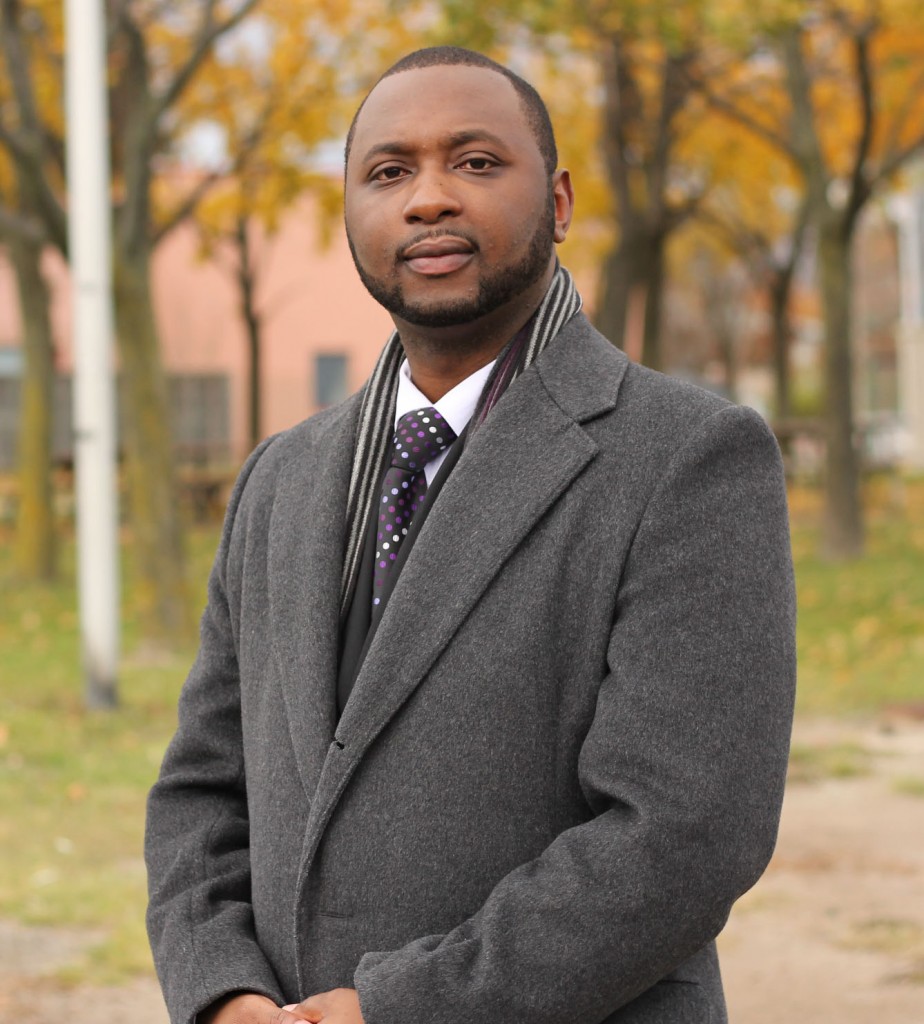 Olawoye has promised four things to his constituents: He and his team intend to meet residents at their door every week, ensure residents are informed about city issues, respond to all community inquiries within 48 hours, and to fight for local issues that concern residents.

“People are saying yes they want change, they want a new voice, they want representation. It’s been incredible; we put a plan together and we’ve done really, really well, beyond our expectations right now and I’m excited,” said Olawoye.

He said that the major concern he has heard from constituents is one of neglect.

“They don’t know who their elected official is; they call, there is no response. There is no problem-solving happening, people’s elevators continue not to work, potholes at every part of the ward. The small things that need to be done are not being done in this community.”

Public transportation is also an issue, according to Olawoye, as the route #32 buses are arriving together at stops and as a result people are late for work and appointments.

At age eight, Olawoye moved from Nigeria to Toronto with his mother and siblings in search of greater opportunities.

Olawoye holds a Bachelor’s and Master’s degree in Social Work and in his five years as executive director of For Youth Initiative (FYI), has delivered $1 million in programming to 1,000 young people in Toronto each year.

“I don’t want to be a politician, that’s not why I’m doing this. I’m doing this because public service is in my blood. I believe that when you serve the public that is the highest honour that you can get. Politics has somehow moved away from that.”

He plans to move politics back to public service and to be available to his constituents via social media channels such as Instagram, Facebook, Twitter, and by phone, email or text.

Olawoye and his wife, Chilombo, live in York South-Weston with their two young boys, Samson and Lekan Jr., and daughter, Grace. 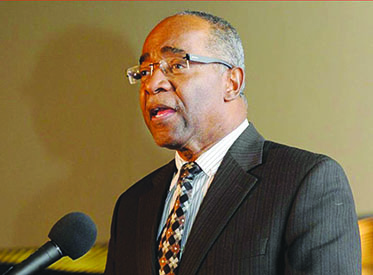 Ken Jeffers has his eyes on Ward 42

No stranger to the workings of government, Jeffers says he has been “fortunate and blessed” having gained experience in “many aspects of the city government.” It is this experience which prompted some residents of Ward 42 to encourage the track and field athlete—with a 1967 scholarship to South Carolina State University—to now run for the city council seat.

“I am aware of the issues,” said Jeffers, adding that sitting in council would provide a new perspective and allow him to effect positive change for his ward and the city.

Jeffers, who has worked alongside five previous Toronto City mayors is employing a multi-pronged approach to his campaign. These inculde: Economic Development—Invite developers to invest in the city; Transportation—Facilitate a subway system for Scarborough while increasing bus service frequency; Youth—Provide workforce readiness services; Seniors—Ensure quality programs and designated spaces.

Meanwhile, almost a month before the election, the Black Business and Professional Association in collaboration with the Jamaican Canadian Association, will host a mayoral debate at the JCA Centre in Toronto on September 24, at 7 p.m. with candidates Rob Ford, John Tory, Olivia Chow, David Soknacki and Dewitt Lee.

They are inviting members of the community to email their questions for the candidates to bbpa@bellnet.ca and to put in the subject line “Mayoral Debate.”