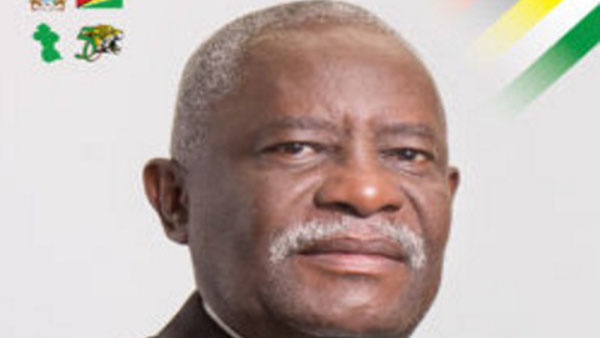 Guyana Minister of Citizenship, Winston Felix, refutes allegations, made by Opposition Leader, Bharat Jagdeo, that Haitians are being smuggled into the country.

GEORGETOWN, Guyana, August 3, 2017 (CMC) – Minister of Citizenship, Winston Felix, has refuted what he has called dangerous and false allegations, made by Opposition Leader, Bharrat Jagdeo, who has accused the government of engaging in “people smuggling”.

Jagdeo was quoted in an article, published in the Guyana Times newspaper, earlier this week.

In responding to the report, Felix said that neither Haitians nor any other groups are being allowed into the country, illegally; noting that these allegations are spurious. “There is no smuggling of people. We have not found any evidence of people smuggling… We do not have any people smuggling ring,” he said.

Felix explained that a number of foreign nationals come to Guyana on a daily basis, including, but not limited to, Chinese, Cubans, Brazilians and Haitians. With regard to the Haitians, he explained that a few months ago, two groups of Haitians came into the country; one group came in with all the requisite documentation and went about their business and there have been no reports of smuggling since.

However, the Minister explained, the second group appeared to have provided two different sets of information to the police and the immigration officers at Timehri (airport), with regard to their intended place of residence during their stay in the country.

“The police stopped them on their way to Georgetown and queried their presence in Guyana… What the police did discover is that a number of people, who came on that trip, stated one address on the disembarkation card, and by the time they were on their way to the city, they gave a different address to the police,” the Minister explained.

He noted, however, that this is not unusual since, very often, people would have last-minute changes to their plans and as such, having verified that all of their other documentation was in order, they were allowed to proceed.

He said there were also other issues regarding the documentation for some Haitian children because they were written in French. However, those were rectified after they were translated into English.

The Opposition Leader, who was reportedly speaking at a political rally, last Sunday, also said that the country is being used as an in-transit hub for Haitians to travel to French Guiana illegally.

This was also denied by Felix, who explained that Haitians have been travelling to Guyana, to Suriname, and then to French Guiana for decades.

“This has been happening as far back at 1981-1982. Nothing is strange about this. Even when the Opposition Leader was President, Haitians were passing through here, because it is the normal rote for them to travel,” he said.

Responding to Jagdeo’s claims about the issuance of false birth certificates, Felix said that the Department of Citizenship is in the business of issuing legitimate documents, based solely on records of birth at the General Register Office.

He also noted that the birth certificate features have been improved with the intention of guarding against forgery.