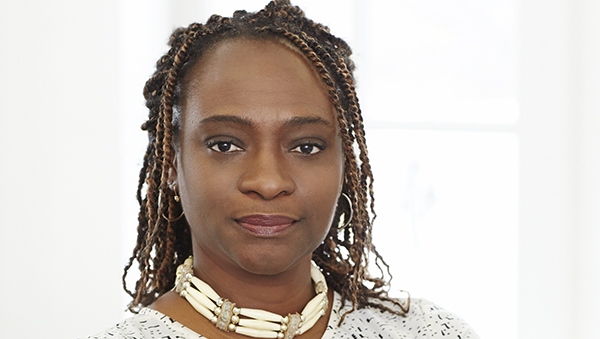 Dr. Beverly-Jean Daniel founded and developed The Bridge, a student engagement and retention program that is aimed at increasing the engagement, retention and graduation rates of African/Black/Caribbean students enrolled at Humber College. The goal of The Bridge program is to foster and encourage student success and excellence. Photo contributed.

TORONTO, Ontario December 6, 2017 — In January of this year, Canadian Scholars’ Press published a revealing anthology, Diversity, Justice and Community: The Canadian Context, that was edited by Dr. Beverly-Jean Daniel, a gender issues and justice-equity expert and consultant.

Dr. Daniel’s “groundbreaking resource”, as the book is described by its publisher, addresses a compelling, and necessary, array of issues — from the missing and murdered women crisis in the First Nations community; to violence and silence in underreported cases among South Asian youth; to African-Canadian male youth being pushed from youth to a prison production line.

It is a spectrum of criminal justice issues, going under the radar in so-called mainstream representation, which Dr. Daniel’s work will help shed light on. While the target audience of the book is professionals in the justice system, she has kept the writing accessible to reach the mainstream.

Simultaneously, the powerhouse professor has been helping prepare a new wave of professionals to enter the criminal justice system, where they can have the same positive effect, but in a more tangible sense.

Dr. Daniel’s own academic and professional journey has led her to this point, where she can have the powerful impact she has had on the many students passing through a program she founded and co-ordinates, called “The Bridge”.

After years of applying her Masters Degree in Counseling — from the Ontario Institute for Studies in Education (OISE) of the University of Toronto — to support women and girls who have survived abuse; working with mandated male batterers in domestic violence cases; and with youth involved in the justice system, Daniel chose the postgraduate track to do further research on gender studies, women, sociology and equity studies, earning a PhD in Sociology, Education, Women and Gender Studies, also from OISE, in 2003.

She also wanted to bring her service work to the school setting and begin a new path, which brought her to Humber College.

It took her less than a year, however, to recognize a pattern, wherein African-Canadian students were being withdrawn from the department, at an alarmingly higher rate than students of other racial backgrounds.

The procedure for withdrawals was unceremonious at best, and the fallout they could create was also cause for her concern. Just a letter or an email would be sent out to students at the end of an academic year, indicating they were being withdrawn from the program and would need to reapply after a year’s wait.

This could spell academic death for many, as a withdrawal could lessen the likelihood of receiving further student loans, which tend to be tied to academic success. 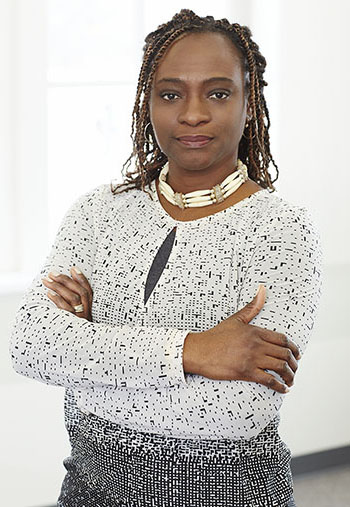 Dr. Beverley-Jean Daniel believes that in the past, there was a cultural silence around certain issues, that has led, on a larger scale, to misinformation and confusion within the African-Canadian community. Photo contributed.

As many did require financial aid to pursue postsecondary education, Dr. Daniel worried about the overarching impact on the community. It was an imperative for her, then, to further explore and determine the reasons behind it.

As program coordinator and professor for the Community and Justice Services Program, Dr. Daniel had access to both the bird’s eye view and individual feedback. With access as coordinator, she could review program files and analyze the history of intakes and withdrawals.

She spoke with other program coordinators to ascertain whether they were seeing the same results, and they indeed were. As professor, she talked to students, directly, to find out how they felt about the program and what their personal experiences with it, were.

At first, she discovered the seemingly obvious: that students were being withdrawn for not maintaining an acceptable GPA (grade point average). However, her conversations with students revealed a deeper problem: students complained of not liking how they were treated in class.

They shared experiences of feeling ostracized in discussions where African-Canadians were criminalized or objectified as case studies. There were assignments from some instructors, requiring students to “observe” residents in majority black populated communities, which had the effect of singling out African Canadians as subjects of violence and criminality.

When criminal gang activity was addressed, the focus was on gangs populated by black youth, not taking into account the larger network of organized crime, which certainly involves other communities.

The not-so-subtle linkage between Blackness and violent crime was a turnoff to many African-Canadian youth. Black males, in particular, complained to Dr. Daniel of having worked very hard in their lives to make something of themselves and not fall into the lure of gang activity, only to be shunned by their peers in a class, precisely geared towards fighting injustice.

This investigation was the fodder that led to two major changes for African-Canadian students in the Community and Justice Services Program.

First, Dr. Daniel expressed her concerns of the biased nature of the curriculum to the school’s Dean and was permitted to form a team to review and reframe the content into a more inclusive, fair and realistic discourse.

This was also the context in which Dr. Daniel established the Bridge Program in her second year at Humber.

With a motto of “I learn to love the skin I’m in”, and co-curricular offerings that challenge the negative running narratives on black identity, the program sought to empower black youth from the inside out.

In time, the changes to both the curriculum and the existence of the Bridge Program generated phenomenal results.

The problem of Black youth dominating withdrawal rates saw a complete turnaround, as Bridge participants began to top retention rates, receive the highest GPA scores, and even began showing up in record numbers on the honour roll, according to Program statistics.

Many have gone on to further studies, including several pursuing graduate study at leading Canadian universities.

Soon, other students wanted to be a part of the Bridge, and Humber College leadership and other instructors started to see the power of the program – some providing referrals to their African-Canadian students, others looking for ways other students could begin to benefit.

What was the secret to such profound change?

Speaking with students, who have been through the program, revealed why it worked so well for them and hundreds of others.

From the career angle, Bridge participants have a one-on-one relationship with instructors and are paired with mentors, who help them navigate the field and contribute to a unique plan for each student’s career.

But what truly hits home are the lessons forged from “within”. Negative societal views on “Blackness” are brought to the fore so students can see them for what they are, and make their own choices about the viewpoints they want applied to themselves and their lives going forward.

Students are taught to reconstruct their own narratives to take with them on their journey. The program is a demonstration of the outcomes that are possible when debilitating psychological barriers are removed.

Thinking back on her own personal journey, Dr. Daniel muses, “As a child and teen, there were so many questions I had, but these conversations were not open to discussion in our community.”

There was a cultural silence around certain issues, she believes, that has led, on a larger scale, to misinformation and confusion within the community.

Dr. Daniel sought to address several of these issues in a new book, written as a dialogue between herself and her eleven-year-old daughter, entitled Letters of Love to Young Black Women.

The content covers issues that are hard for families to have at times, but which are so important to hear. Information is presented in bite-sized vignettes, addressing such topics as relationships and sexuality, “afro” hair and identity. How we view ourselves versus how others see us, especially within this society, are some of the key underlying themes the book focuses on.

With Dr. Daniel’s background in what makes us “tick”, her students at the Bridge Program and readers of her books are brought into a deeper insight of some of the problems challenging our community that we have the power to change from within.

These are the conversations students at The Bridge are also having, so it is no surprise that the results have been transformative.

Due to the program’s success, Humber College has, in fact, slated a version of the program to open to the general college population, under a new name, this coming January.

That is not such a shocker when you factor in, that in the last six years since The Bridge’s inception as a branch-off of the Community and Justice Services Program, it has seen more than 400 participants come through it, many of whom have stayed connected after graduation to give back as mentors themselves.

This is not to say that the going was easy, however, as Dr. Daniel reports she received a lot of resistance from the college, regardless of the program’s success.

“I pushed ahead in spite of it, because I believed that somebody needed to stand up for our students and remind [them] that they are valuable, instead of simply being disposable bodies.” 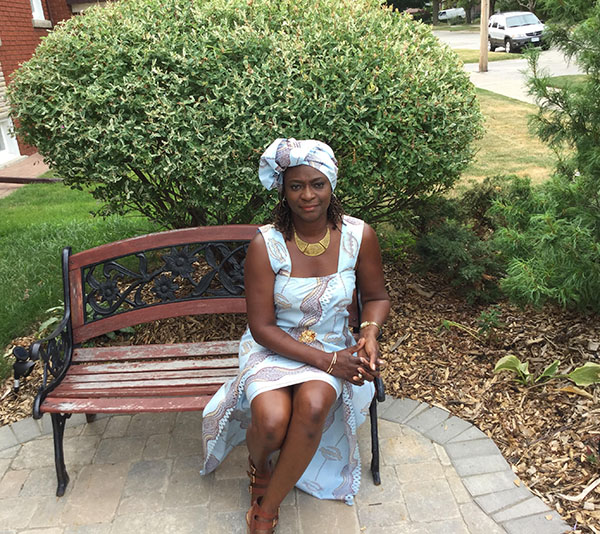 She keeps a very personal memory close to her heart, of a female student who came looking for her on campus one day for emotional support and could not find her, as there was no space allocated for the program.

The devastating outcome of the young woman taking her own life is a personal reminder to the professor to push forward, even when challenges seem insurmountable.

She sees it as her duty to get for the students what she knows they deserve. When participants, who may have cowered at the back of the classroom at the start of the program, leave with a sense of personal ownership over their education and their careers, she knows her fight was well worth it.

For all of these reasons, Dr. Daniel is convinced that this kind of discourse needs to be held within the African-Canadian community, to continue seeing the success rates she has seen.

Although she was offered an opportunity to continue running the new version to be introduced under a new name at Humber, she felt strongly that the integrity of the program needed to be maintained.

She is committed to transferring the original program into the community as soon as logistics and resources can be arranged. The Bridge Program truly is the bridge that many African-Canadian youth need to see a vision of themselves and their lives they dare not envision otherwise.

In upcoming editions, Pride will profile some of the students who have crossed The Bridge to academic success, professional pride and a renewed sense of value in their own lives.

If you would like further information about the contents of The Bridge Program until the end of this year, please have a look at the current program website, here: communityservices.humber.ca/resources/student-support/thebridge.html

If you can see yourself as part of the transition to a community version, have questions or would like to otherwise contribute in some way, please share your interest with Dr. Beverly-Jean Daniel, here: danielconsultinggroup@gmail.com