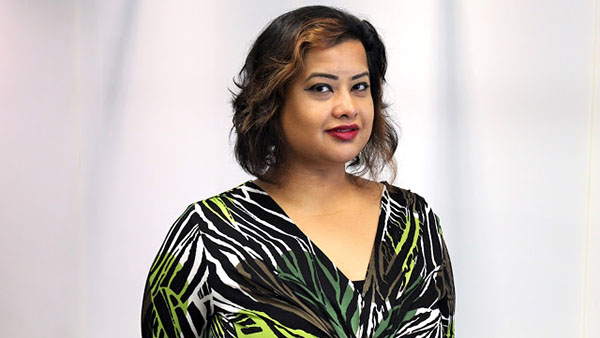 Krittika Ghosh, senior coordinator, Violence Against Women, at OCASI says art often has a way to reach out to people, en masse, and develops stories and conversations in a much more approachable format. Photo contributed.

TORONTO, Ontario March 13, 2017 — Immigrant women in Ontario have a new tool to help them in their effort to raise awareness about sexual violence and harassment in refugee and immigrant communities.

“Telling Our Stories: Immigrant Women’s Resilience” — a multilingual, graphic novel, written by immigrant women, to support their peers — was launched at Women’s College Hospital in Toronto, earlier this month on March 2, in celebration of International Women’s Day.

Funded by the Ministry of Citizenship and Immigration, it is part of Ontario’s action plan to stop sexual violence and harassment public education campaign.

Krittika Ghosh, senior coordinator, Violence Against Women, at OCASI says the agency has been doing work on this issue for the past decade but its focus was on training settlement workers on knowing the signs and symptoms of violence, as well as, around sexual violence.

She says the campaign asked for something that was broader than training and they thought of how to reach community members through a public education campaign that would be interactive.

“We were thinking of what would work, to actually start conversations and discussions around sexual violence in immigrant/refugee communities that is not from an academic perspective or a talking-down perspective, but actually tells the story of people in a manner that people can relate to,” she said.

Ghosh notes art often has a way to reach out to people, en masse, and develops stories and conversations in a much more approachable format.

She adds that the format of a graphic novel is not new in talking about sexual violence.

A graphic novel that she looked to for inspiration was “Priya’s Shakti”, which explores sexual violence in India and debunks religious myths.

“We took that idea, and we thought about how could we start this discussion in our communities here in Ontario.”

They decided not to hire a professional writer to create the stories, but preferred that “these stories should come from community members themselves. There needs to be a sense of ownership from the community if we’re going to use these in discussions and conversations in the community.”

In order to develop the novel, they had a series of creative writing workshops across the province, held in both English and French.

A total of 40 women of various ages, all newcomers or refugees, from Toronto, Windsor, and Ottawa, participated in the four-day workshops.

Ghosh said all of them had experienced violence in some way, from intimate partners, sexual, or even systemic violence as immigrants and refugees in Canada. 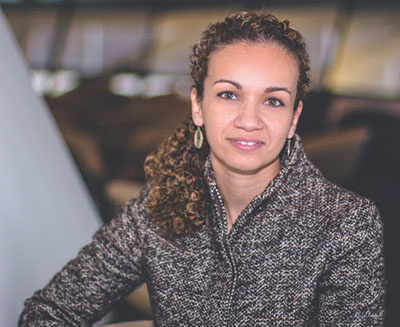 Fayza Abdallaoui says the main mission of MOFIF is to support organizations that help women with the settlement process when they arrive in Canada.

She says MOFIF has a campaign in French and English that tackles the issue of sexual harassment but nothing has been done, specifically, for immigrant women.

“When we’re gonna share this graphic novel, when we’re gonna share the awareness campaign material, we will be able to say to the organizations and to the people, that’s something that has been done by your public, by your target, the people that you’re looking to help. And that’s a tool that they’re gonna be willing to use, to read, and to discuss,” she opined.

“Although our primary audience may be women, we’re hoping that men, as well as youth – both male and female – will start conversations around talking about these incidents,” says Ghosh, noting that the stories include topics such as marital rape, a woman raped in a club, and one that has an intersection of sexual violence and Islamophobia.

There are discussion questions for educators at the end of each story to help spark important conversations about the issues.

“We hope that it starts conversations about how people can be involved in the movement to end sexual violence,” Ghosh said, adding that these are universal stories. 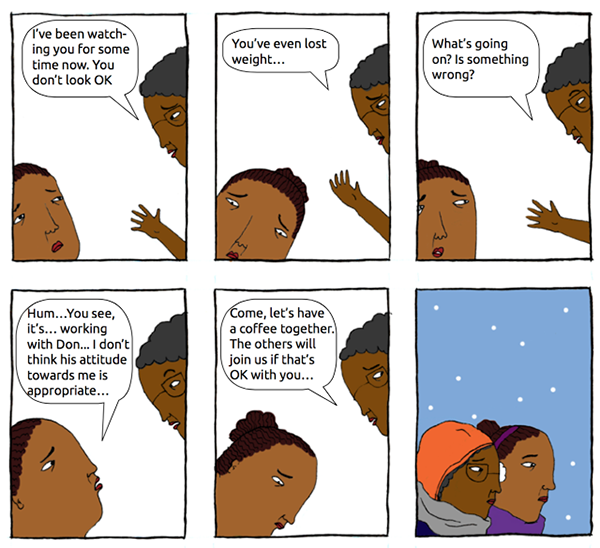 The free novel will be distributed in newcomer communities through women’s organizations, places of worship, universities, community clinics, and other venues.

In keeping with the theme for International Women’s Day, #BeBoldForChange, Ghosh said the graphic novel is taking the theme of sexual violence and “being bold about talking about it in a format that is not commonly done.

“We’re being bold by ensuring the voices of survivors and community members are heard and it is their expertise that matters.”

The novel is being relaunched this month and next, throughout cities across the province.