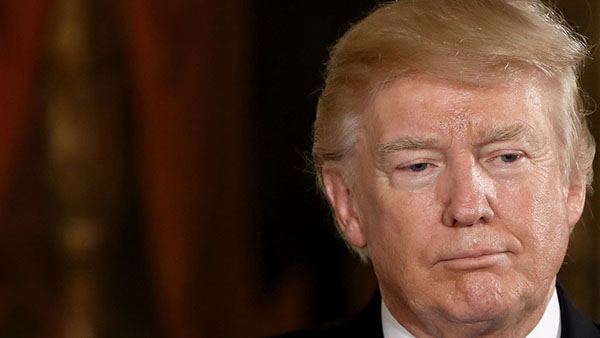 Profound Outrage Over Trump’s Reported Remarks About Haitians And Africans

In balking at an immigration deal that would include protections for people from Haiti and some nations in Africa, Trump demanded to know, at a White House meeting on Thursday, why he should accept immigrants from “shithole countries”, rather than from places like Norway, according to legislators and others, who attended the meeting.

It’s reported that Trump’s remarks left members of the US Congress, from both parties attending the meeting in the Cabinet Room, alarmed and mystified.

The New York Times reported that the President made the remarks, during a discussion of an emerging bipartisan deal, to give legal status to Caribbean and other immigrants illegally brought to the United States as children.

When Trump heard that Haitians were among those who would benefit from the proposed deal, he asked whether they could be left out of the plan, asking, “Why do we want people from Haiti here?

However, in a tweet, today, he denied making such comments.

“Never said anything derogatory about Haitians, other than Haiti is, obviously, a very poor and troubled country. Never said “take them out.” Made up by Dems (Democrats). I have a wonderful relationship with Haitians. Probably should record future meetings – unfortunately, no trust,” the President said in his tweet.

Meanwhile, Congresswoman, Mia Love, a Republican of Utah, who is of Haitian descent, demanded an apology from the president for Thursday’s remarks, saying his comments were “unkind, divisive, elitist, and flies in the face of our nation’s values”.

“This behavior is unacceptable from the leader of our nation,” Love went on, in an emotional statement that noted her heritage and that said, her parents “never took a thing” from the government while achieving the American dream.

“The president must apologize to both the American people and the nations he so wantonly maligned,” she demanded.

“As an American, I am ashamed of the president,” said Illinois Democratic Congressman, Luis V. Gutiérrez. “His comments are disappointing, unbelievable, but not surprising.”

He added, we can now “say, with 100 percent confidence, that the president is a racist who does not share the values enshrined in our Constitution or Declaration of Independence”.

With South Florida being the home to the largest concentration of Haitians in the United States, Steven Forester of the Institute for Justice and Democracy in Haiti, noted that “50,000 Haitians with TPS [Temporary Protected Status] contribute to our economy and Haiti’s and have 27,000 US-born kids.”

“Instead of a racist insult, he should protect our interests and these families. Returning them is insane, given the 2010 earthquake, an unchecked UN-introduced cholera epidemic that has killed 10,000 and sickened over 800,000, and Hurricane Matthew — the most devastating in 52 years,” Forester told the Miami Herald.

Friday marks the eighth anniversary of Haiti’s earthquake, which killed more than 250,000 people.

Florida Republican Congressman, Carlos Curbelo, tweeted: “under no circumstances is it acceptable to degrade, denigrate, or dehumanize #TPS immigrants”.

“The White House must, immediately, explain the situation and leave no doubt regarding what was said and in what context,” he said.

Democratic Congresswoman, Frederica Wilson, who represents Little Haiti in Miami, was more brief in her reaction on social media.

“Mr. Trump surely does not understand what makes America great,” Monestime wrote. “I strongly condemn Mr. Trump’s comments about immigrants from El Salvador, Africa and Haiti not being suitable for admission into the United States.”

Cuban-born Florida Republican senator, Marco Rubio, also tweeted: “In a skills-based economy, we can no longer decide who we allow to immigrate here, primarily based on what country they are coming from.”

“If true, President Trump’s remarks are very unfortunate and shameful,” he said in a statement last night.

“As Mayor of Miami-Dade County, I have personally experienced the contributions of the thousands of Haitian-Americans, Salvadorans and other residents from throughout the world who call our community home.

“I can attest to their hopes to build better lives for their families and their great contributions to our beautiful community and the United States,” he added.