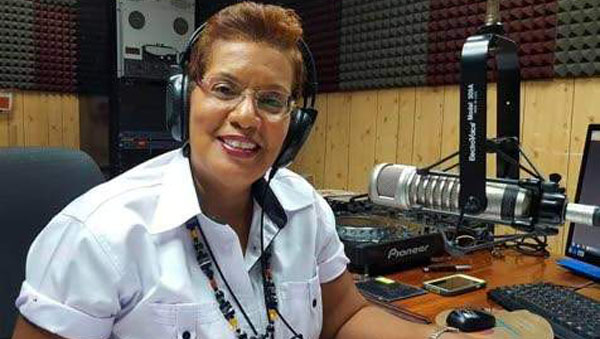 Samuels, 59, a widow and mother of three, entered the field of broadcasting in January 1981, by chance, after her talent as a speaker was spotted, while visiting Radio Jamaica, as a finalist in the Miss Jamaica World pageant, a few months earlier.

Shortly after, she had become one of RJR’s main news anchors and, in 2004, she broadened her news reading portfolio to television, becoming the co-anchor on TVJ’s Primetime News.

Holness described Samuels, who worked with the RJRGleaner Communications Group, as a true Jamaican icon, “who had a pleasant personality that radiated on the screen and through the radio, did a great job in the broadcast of news and in keeping Jamaicans informed”.

“I was actually taken aback by the announcement today. I was following her illness, but somehow I thought that she would recover. We would all have grown up listening to Dorraine Samuels …” the Prime Minister shared with journalists, during an interview, yesterday.

“I recall going to school many mornings and that would be the program, on RJR, that I would be listening to. And then we became even more familiar with her in our living rooms, reading the nightly news on TVJ (Television Jamaica), and she did it so effortlessly, so professionally, so reassuringly. I don’t believe you are going to see another broadcaster of her calibre and stature, for a while. She will be sadly missed,” the Prime Minister said.

“Her passing has put the entire Jamaica in mourning. For over three decades in broadcasting, she reflected the best of the Jamaican personality. She was a person of warmth, fairness, balance and basic decency, which mirrored the best of who we are, as Jamaicans,” Phillips said.

The Broadcasting Commission of Jamaica, in a statement, said it was deeply saddened to learn of the passing of the veteran broadcaster and news anchor.

“For close to 40 years, Dorraine was a gold standard for broadcasting in Jamaica. The clarity, warmth and ease, with which she communicated, has left an indelible mark and will serve as a template for aspiring broadcasters,” it said.