New in Pride
Home / National News / Hilry Neale Jr: On The Path Of Passion — And Success 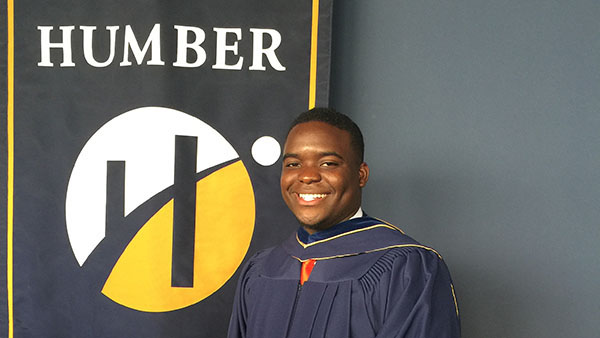 Hilry Neale Jr: On The Path Of Passion — And Success

Early last month, Pridenews online ran a story on Dr. Beverly-Jean Daniel, who founded and developed The Bridge, a phenomenally-successful student engagement and retention program that is aimed at increasing the engagement, retention and graduation rates of African/Black/Caribbean students enrolled at Humber College. The goal of The Bridge program is to foster and encourage student success and excellence. Over the next month, we will profile three of the Bridge’s alumni, starting this week with Hilry Neale Jr.

TORONTO, Ontario January 29, 2017 — How do you know when your passion has “hit” you? Or found you? It may not always hit you head on, so to speak. But when it does, you seem to find a drive that can spur you on to follow where it will lead.

That is what happened with Hilry Neale Jr., who graduated with a Bachelor of Applied Arts in Criminal Justice and a diploma in Community and Justice Services from Humber College.

From a young age, Hilry knew he wanted to help people, but did not know what form it would take in his life.

It was a kind cop, on the beat in his childhood, who would inspire him. He came to Hilry’s neighbourhood complex on occasion allowing the children to check out his gadgets, and just spend quality time. It was this cop that was the first clue on Hilry’s journey, as it inspired him to want to be like his police role model some day. 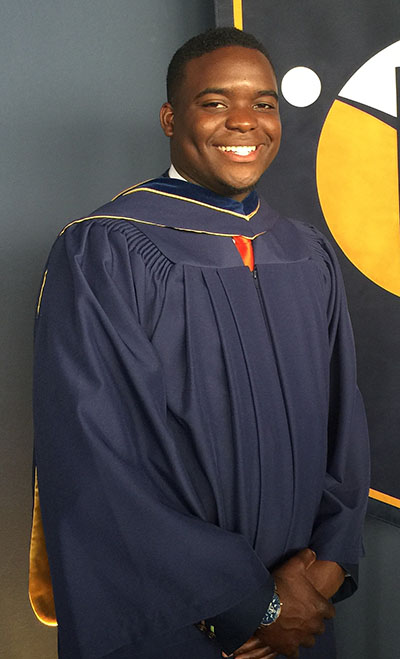 Later, it was a sense of adventure and not wanting to sit at an office desk all day that would bring Hilry to the idea of becoming a police officer. And so, it was his desire to help others, the idea of being out and about on the workday, and the memory of the beat cop that led Hilry to the Community and Justice Services program at Humber College.

It was there he met Dr. Beverly-Jean Daniel, one of his instructors, who provided further tools for his journey. She convinced him in one of her classes that he should attend an introductory session of the Bridge Program – a risk he would take that deeply impacted his future choices.

Over the next four years, Hilry continued to attend The Bridge Program. Attending The Bridge provided access to networks of like-minded students with similar histories, and it gave him a sense of connectedness.

Here he would receive mentorship and academic planning to guide him on his path; and most important for Hilry, were the lessons in Black history and discussions around stereotypes of Black people in society. The program ensured to make students aware of the unseen psychological imprints, and the barriers these stereotypes leave on the psyche, and even the power they have to slow us down on our journeys, or stop us altogether.

Hilry says the program changed his sense of ‘self’ and identity and belief in what he could achieve. It gave him greater clarity of his goals and focus as to how to reach them.

While Hilry says he entered Humber College with a goal to obtain the necessary diploma to go on to complete the policing program, the Bridge Program gave him the confidence and vision he needed to raise the bar for himself; prompting him to return to school for a B.A.A. in Criminal Justice, just to stand out in all the right ways.

When I had spoken to Hilry, he was in between response calls as an Animal Services Officer with the City of Mississauga. His next stop would be to check in on the welfare of a domestic animal being mistreated.

Answering the call of animals in wildlife and in domestic situations was a stepping-stone for Hilry that challenged him in ways he did not anticipate. Yet, learning the local animal protection by-laws and the challenges of animal handling, including how to respond to violent animals, is preparing him in ways that will be invaluable to his life on the force.

As a Black male, and with the strength of identity he received from the Bridge program, Hilry is well positioned to understand both the needs of the Black community, and eventually will also have a deep understanding of the justice system.

He is well placed to live out a destiny of leadership and transformation of the perceptions of Black youth and to have an influence on the historic relations between the Black community and the police.

If he continues on his path and where it will lead him, we may all benefit from his perseverance one day.

Like the beat cop, who inspired him years ago, Hilry would also like to positively inspire youth – to be the police officer that can steer youth in a positive direction, helping them get the help they really need to get on the right track before problems impact their future.

Following one’s path does not have a final destination, it is the series of events and people along the way that continue to form us, and the effect we then, in turn, have on others when we are answering the call.

In a chain of connections, we all benefit each other and spur each other on in some way – by just being who we came here to be, each and every day.

If you think The Bridge Program may be for you, would like to become a mentor, or want to find out more, please contact Dr. Beverly-Jean Daniel, danielconsultinggroup@gmail.com