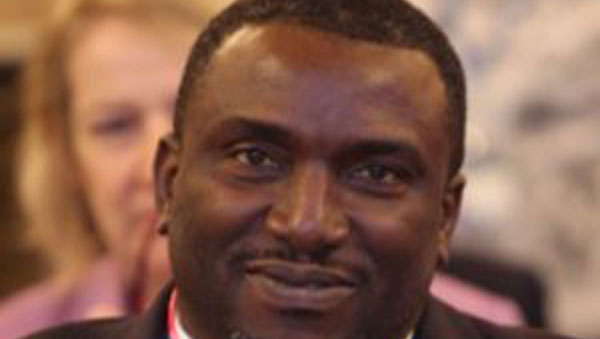 BRADES, Montserrat, October 9, 2019 (CMC) – Less than 48 hours after he announced that voters would go to the polls on November 18 to elect a new government in Montserrat, Premier Donaldson Romeo has been replaced as the leader of the incumbent People’s Democratic Movement (PDM).

Romeo, in a radio broadcast, today, said that he had been replaced by his Communications, Works, Energy and Labour Minister, Paul Lewis, during an election held, yesterday, to review the PDM’s  leadership position in a democratic way.

“As a result Honourable Lewis was chosen as leader going into the November 18, 2019 general election. Having participated in a democratic process, I will respect the outcome.

“This means that up until the day of the election, I will continue to perform my constitutional duties as premier and I would like to take this opportunity to thank the people of Montserrat for their support, prayers and encouragement over the past five years,” said Romeo, who had formed the PDM prior to the last general election in 2014..

Last October, Romeo survived a move by disgruntled opposition legislators to bring down his administration when a key government backbencher indicated that he had no intention of supporting a vote of no confidence against him.

Former agriculture minister Claude Hogan held the key to the survival of the government that faced an uphill task to complete its first five-year term, but told legislators that they should withdraw the motion, adding “if you want to change the premier there is a way to do it,” said Hogan.

The government holds a slim one seat majority in the Legislative Assembly and political observers had expected Hogan, who was dismissed by Romeo in 2017, to have sided with the opposition that included two former members of the ruling party.

In his acceptance speech, Lewis said he wanted to thank “God for having the opportunity …to express thanks to all members of the People’s Democratic Movement for deciding to place their confidence in me to lead our party into this upcoming general election”.

Lewis said that he was accepting the new role “with the utmost humility and an overwhelming sense of duty and responsibility” to the people of Montserrat.

He said he also wanted to express his “most profound thanks” to Romeo who led the party and the island for the last five years “having navigated his way through the challenges we met when we took office in 2014”.

Lewis said that the PDM “remains together as a united and committed party”’ as it enters the campaign for the elections in November and was confident of victory.

“We stand ready to build upon the foundation we have laid,” he said, adding that the government has ”finally” been able to secure approval for over EC$200 million (One EC dollar=US$0.37 cents) for “key” infrastructural projects on the British Overseas Territory and create jobs.

He said he does not intend to take his role of leader “lightly” insisting that the PDM “is the only party ready to truly transform Montserrat for the future generations and also for the lasting benefits for all who leave here”.

In the 2014 general election, the PDM defeated the then ruling Movement for Change & Prosperity (MCAP), the Alliance of Independent Candidates and 10 other independents.

In the upcoming poll, it is expected to face a challenge from MCAP, Montserrat United Labour Party (MULP), Montserrat National Congress (MNC) as well as a number of independent candidates who have announced their intentions to contest the elections.