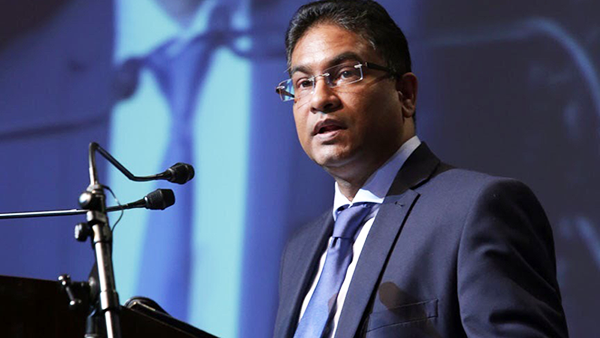 A statement, issued by the Ministry of Finance, said Justice Nadia Kangaloo dismissed Rambarran’s application for the statement of reasons, ruling that there was non-excusable and insurmountable delay on his part.

Rambarran had, in July 2016, commenced judicial review proceedings in the High Court to compel the Keith Rowley Cabinet to provide him with a Statement of Reasons, under the Judicial Review Act, in relation to the revocation of his appointment as governor in December 2015.

The judge noted that Rambarran had requested the Statement of Reasons, five-and-a-half months after the revocation of his appointment when, Section 16 of the Judicial Review Act provides for such requests to be made within 28 days.

In December 2015, Finance Minister, Colm Imbert, said while the law does not permit a minister to terminate the appointment of a governor of the Central bank, “Cabinet, which is empowered, under Sector 12 of the Central Bank Act, took a decision …after considering a number of legal opinions, primarily dealing with the disclosure of the names and users of foreign exchange in Trinidad and Tobago, to request the president terminate the appointment of the governor of the Central Bank”.

But in a statement then, Opposition Leader, Kamla Persad Bissessar, under whose tenure in office Rambarran was controversially appointed to the post, said she was “shocked, but not surprised at the decision of the government … to instruct the acting president to fire the Central Bank governor.

The Court also ruled that Rambarran was guilty of non-disclosure in filing his claim.

In the statement issued, today, the Ministry of Finance noted that the judge had “found it highly incredible that Mr. Rambarran – could not at this stage – not know the reasons for his dismissal, which were clearly stated in the Affidavit, filed by the Minister of Finance”.

It said, with respect to the claimant’s request to view correspondence under the Freedom of Information Act, the Court refused.

“As practiced locally, and in the Commonwealth, the court instead, accepted Cabinet’s offer — made in its legal submissions filed on January 11th 2018 – to view the requested Cabinet Note and Minute to aid in its determination of the matter.

“The Court, in its ruling today, has directed that the defendant produce the said documents under the strict seal of confidentiality. The Court will then consider same, to determine whether there are any portions of it, which may be of use to Mr. Rambarran, and which may be disclosed to him in redacted form.”

The statement noted that the Court has however, indicated that any parts of the Cabinet Note and Minute, which contain legal opinions considered by the Cabinet, would not be disclosed to Rambarran.