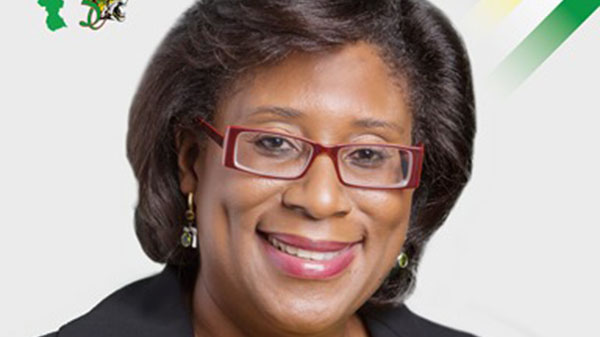 GEORGETOWN, Guyana, May 16 (GINA) — Minister of Public Telecommunications, Catherine Hughes, said that dealing with the issue of corruption is never an easy task for any government, and eliminating corruption is one of the major challenges faced since the coalition government took office.

The Minister noted that in order to effectively deal with corruption, there needs to be a serious change in people’s attitude.

“What I am trying to say is that (with) so many of our issues we have a spectrum of individuals that have to be part of the change, and unless we are able to change the very, very bottom in terms of attitudes and also the very, very top, we are not going to be successful,” the Minister explained.

Just as there were challenges, there were successes achieved by the coalition government over the past year, she said.

“I am excited that we have been able to look at the institutions of government and to make them stronger,” the Minister stated.

Minister Hughes pointed to the fact that there is little or no flooding in areas known to be under water when it rains.

The Minister also made note of the once bushy areas that have been turned into play parks for Guyanese children, and reflected on the positive feedback government has been receiving for its hard work.

“I had a mother the other day that came up to me and said ‘thank you’. I was at the market and, I said for what? She said for this, and she pointed to the Meriman’s Mall and all the play areas and said to me, I don’t have to pay for my child to play,” Minister Hughes recollected.

In addition, she noted that in November 2015, Guyana was listed as one of 12 places in the world to visit in 2016 in the Business Insider UK magazine. According to the Minister, Guyana has received more visitors since that announcement was made.

She also pointed out that she has revived the Telecommunications Bill that has been inactive since 2012 and, additionally, that 4G internet services were made available to the Guyanese public.

“Finally we have been able to allocate, taken the strong decision to allocate additional frequency, and as most of Guyana knows, we are moving towards 4G,” Minister Hughes explained.

Upon assuming office, the government made a promise to provide a good life for all Guyanese, she said adding that everything cannot happen overnight, but pledged to work to make the good life happen.

“I commit to you that we will make a difference in your life,” Minister Hughes stated.