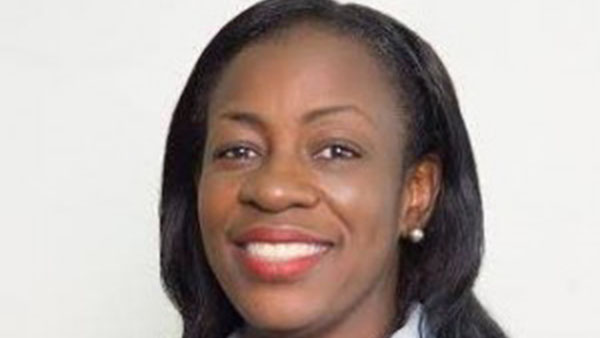 Nicolette Henry, Guyana’s Education Minister, who is also Chair of the PANCAP Regional Coordinating Mechanism, told a two-day conference, focused on eradicating HIV/AIDS, “Of all people living with HIV in the Caribbean, 36 percent were unaware of their HIV status in 2016. And late diagnosis is still a challenge, particularly for men."

PORT OF SPAIN, Trinidad and Tobago, April 26, 2018 (CMC) – Guyana’s Education Minister, Nicolette Henry, says the late diagnosis for people, particularly men, living with HIV/AIDS continues to pose a challenge for the efforts, aimed at drastically reducing the spread of the virus in the Caribbean.

Speaking at a two-day Pan-Caribbean Partnership against HIV and AIDS (PANCAP) conference, Henry, who is also Chair of the PANCAP Regional Coordinating Mechanism, urged continued collaboration among regional stakeholders, on the many challenges, still faced by the Caribbean, in ending AIDS, such as the annual number of new infections among adults.

She said that the figures had remained static, for the last six years, at an estimated 17, 000.

But she told the Joint Regional Dialogue with Faith Leaders, Parliamentarians, Civil Society Leaders, National AIDS Program (NAP) Managers and Youth Leaders, that one-third of Caribbean people living with HIV, on treatment, were not virally suppressed in 2016.

“Additionally, retaining people on treatment, has proven challenging for most countries in the region,” she said, adding “of all people living with HIV in the Caribbean, 36 percent were unaware of their HIV status in 2016. And late diagnosis is still a challenge, particularly for men”.

“If we are to ensure sustainability of the regional response and for ending AIDS, many countries in the region have to do more to make AIDS, and health, a financial priority,” she said, adding “let me say also, that sustainability is not just about resources.

“It is also about ensuring that our responses are the most effective, based on science and epidemiology, and targeting those most in need. Sustainability is also about partnership”.

The Minister of State in the Office of the Prime Minister, here, Ayanna Webster-Roy, emphasised the need for continued collaboration, in dealing with the epidemic.

“As I look into the audience, I see a gathering of like-minded individuals, who share a common interest for improving and sustaining the HIV and AIDS response within the region” she said, noting “it is through meetings like these, that the realization of our future goal, of ending AIDS by 2030, will be achieved”.

She said, that while the region has made significant progress in reducing the number of new infections, among adults, between 2000 and 2014, “our work is far from complete, as we have existing and new challenges to address”.

“With the world economic downturn and the pending withdrawal of two key international donors, the funding mechanism will be affected in some countries, and the participating organizations gathered today, will be tasked with finding innovative ways for addressing the needs for sustaining our response campaigns,” she warned.

“If we agree that our aim is a future, free of AIDS and a reduction in the number of new HIV infections, and if we understand that the effective guarantee of human rights is essential for our Sustainable Development Goals, we must also recognize that open, honest and consistent dialogue and collaboration are paramount to the achievement of our national, regional and international goals,” she stated.

The meeting here, which was attended by more than 60 delegates, came two years ahead of the 2020 deadline for reaching the 90-90-90 targets — 90% of people living with HIV diagnosed, 90% of diagnosed people on treatment and 90% of those on treatment virally suppressed.

PANCAP Director, Dereck Springer, said the meeting sought to affirm the work done, in response to HIV, by stakeholder groups and individual organizations across the region.

“We must now build upon these outcomes, by facilitating the collaboration and partnership of our five stakeholder groups, to take collective action to end AIDS by 2030,” he said, noting that the objective of the meeting is to move the stakeholders beyond information sharing and sensitization, to discussing and agreeing on mechanisms or strategies for effecting harmonized and sustainable partnerships.