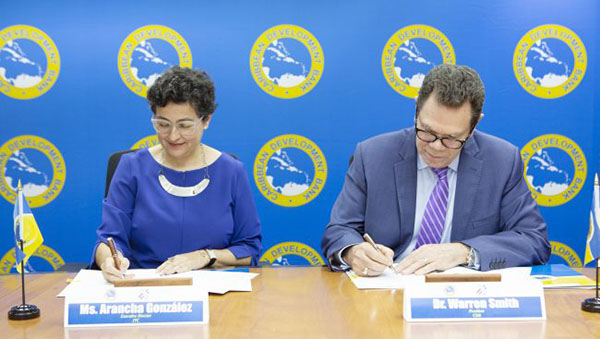 BRIDGETOWN, Barbados, August 1, 2018 (CMC) – The International Trade Centre (ITC) and the Caribbean Development Bank (CDB) have announced that they are scaling up their partnership, to strengthen support for businesses across the Caribbean region.

During a meeting at CDB’s Barbados headquarters, the Bank’s President, Dr. William Warren Smith, and ITC Executive Director, Arancha González, signed a partnership agreement, which confirms ITC as one of CDB’s key partners for the implementation of trade-led development projects in the Caribbean.

While having collaborated on a number of projects for several years, it is the first time that the two organizations have formalized a partnership agreement. 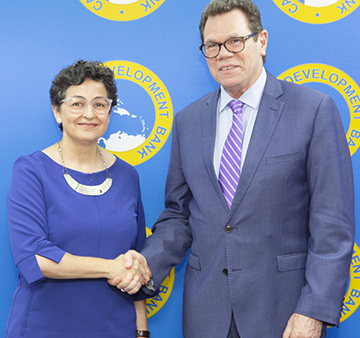 “This agreement represents the ITC and CDB’s shared vision for sustainable economic development in the Bank’s Borrowing Member Countries. Through this framework, we look forward to working, collaboratively with ITC, to implement innovative projects that will boost competitiveness and productivity, especially for micro, small and medium-sized enterprises,” said Dr. Smith.

As a first step in the new partnership, the two organizations will explore and identify priority sectors and priority countries for interventions.

Previous collaboration between ITC and CDB has resulted in successful projects in several countries and has covered areas including agriculture. One such example is the creation of a Trade Information Portal for The Bahamas, which has enabled exporters to better take advantage of opportunities in foreign markets.