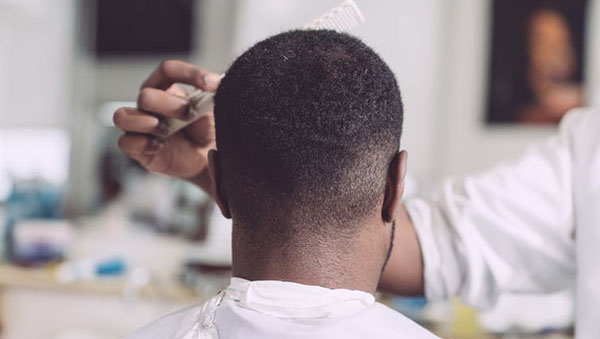 Many Black men have a special relationship with their barbers. This unique connection has resulted in a series of events called the Barbershop Talks, where the “neighbourhood barbershop” is used to create a safe space for Black community members to meet.

In these informal meetings, participants are encouraged to openly discuss Black masculinity and critical issues that affect Black men and boys in Canada. Besides stimulating conversations, the idea is to brainstorm about solutions to some of the significant stresses Black men and boys face.

The first Barbershop Talks was held Feb. 28, 2018, in a local Ottawa barbershop called The Rite Cut. It was scheduled for two hours but ran for three.

Based on the positive response, francophone communities were invited to the second discussion, which took place on July 11 simultaneously in three cities: Ottawa, Montréal and Toronto. Although it is likely that some of these conversations already occur in small interpersonal, informal or accidental spaces, we wanted to host a formal discussion with the community.

Both francophone and anglophone attendees of the July events said they experienced similar racially charged micro-aggressions in Canada. Common among those experiences was the feeling that Black Canadian men and boys were associated with negative stereotypes that demonized their existence.

Why hold them at barbershops? One participant said his barber was his “therapist, coach and his everything.” He also mentioned that going to visit his barber for a haircut on a regular basis helped build his identity as a “Black man” and as he got older “it was a necessity” for him to visit his barber.

We felt it was important to focus on issues facing Canadian Black men because there are many misconceptions that racial discrimination does not exist in Canada.

In particular, misconceptions about Black men — both anglophone and francophone — can grow and fester. Stereotypes of Black men and boys can hinder their autonomy and dampen their ability to cultivate healthy self-perceptions. This denial of racism also robs people and communities of places where they can talk freely about the real issues they are dealing with as Black men.

As Black men and boys respond to and resist the false identities that are superimposed upon them, they wrestle with their identities as they struggle to process racist misconceptions of themselves. For young men trying to develop a healthy understanding of themselves, this is especially challenging.

Perceived as threats and not allies

This sample of writers and scholars represents a range of expertise. While they may not agree on every issue concerning Blackness or racialized males, their diversity of thought and scholarship showcases the range of ideas within historical-political contexts.

Philosopher Tommy Curry looks at deconstructing Black masculinity in his 2017 book,The Man-Not: Race, Class, Genre and the Dilemmas of Black Manhood. Curry argues: “…because Black men are not subjects of, or in theories emanating from their own experience, they are often conceptualized as the threats others fear them to be.”

This general understanding that Black men and their social position in a North American context are perceived as threats and not allies complicates their lived experiences.

We are two PhD students, but we see the Barbershop Talks as a community event rather than an academic endeavour. One of us, Warren Clarke, the primary co-ordinator of the event, focuses on race, youth and masculinity in Canada. The other, Nadine Powell, focuses on race and ethnicity in Canada, migration and gender.

We both agreed that we did not want to perpetuate the colonial style of knowledge-gathering that operates from a hierarchical, top-down approach. Instead, the Barbershop Talks encourage community members to speak about the issues that concern them and not merely answer questions generated by the co-ordinators.

To achieve this, we involved people from various parts of the community in the planning, co-ordination and generation of discussion topics. People who helped us includes: Jan van Huezen, Arnold Tabaro, John Wambombo, Eldon Holder, Stephan Spence-Clarke and the facilitators: L.A. Wade, Salina Berhane and Mitchell McLarnon.

The relationship between academics and communities sometimes does not allow for knowledge to flow freely between the two sets of people. In most cases, the knowledge flows in one direction; institutions have a claim on constructing the information that is useful for the community. This doesn’t allow for a reciprocal relationship to develop in which community members are empowered to speak about their needs, desires and solutions.

The first talks held in Ottawa primarily dealt with unpacking how we define Blackness. It was an insightful discussion about the depth and complexity of the label Blackness and Black as people within the Black community were expressing what the label means to them.

There were many interpretations of Blackness. Understanding the complexities of Blackness helps to dispel the commonly held misconception that any Black individual is representative of all Black people and all Black histories or all Black stereotypes.

The community also discussed perceptions of women’s roles (mothers, grandmothers, aunts and cousins) in constructing images of young Black men from society at large, and within the African- and Caribbean-Canadian communities.

Issues were raised at the event to help prompt discussion in the second Barbershop Talks. At the core is the question: “What is Black masculinity?” We intend to visit other Canadian communities as a way to understand what Black masculinity represents across different places in Canada.

Barbershop Talks is meant to engage the community to talk, but also to encourage people to listen to one another and to raise awareness from within the Black Canadian community about the negative perceptions that work against Black men and boys.