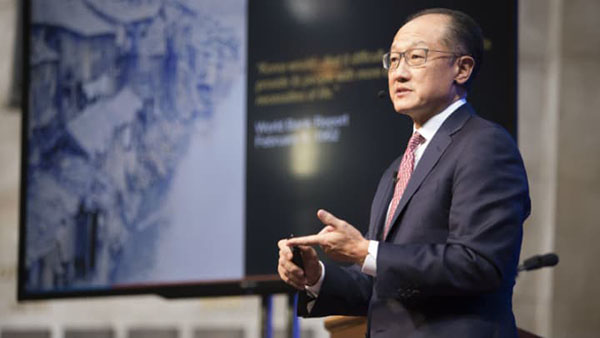 BRIDGETOWN, Barbados, October 11, 2018 (CMC) — Despite a call from Jamaican Prime Minister, Andrew Holness, for his country to be included in the World Bank Human Capital Index program, no country in the region has been listed in the Index that was released today.

Yesterday, Holness said consideration was being given for Jamaica to participate in the first cohort of countries to be measured in the World Bank Group’s Human Capital Index.

“It is absolutely important for the government to redouble its efforts, from a policy perspective and from an implementation perspective, to ensure that we do well, in terms of measuring our human capital development (adequately),” he said then.

The World Bank’s Human Capital Index, launched, today, seeks to measure the degree of the health of children, teenagers and adults, as well as the quality and quantity of education that can be received well, by children, until the age of 18.

Holness, emphasising the critical need for the country to develop more of its own human capital, said that the Ministry of Education, Youth and Information will become part of the Programme for International Student Assessment (PISA), which will be important to furthering the nation’s human capital development.

The Human Capital Index, shows that 56 percent of children born today, across the world, will lose more than half their potential lifetime earnings, because governments are not currently making effective investments in their people to ensure a healthy, educated, and resilient population, ready for the workplace of the future.

The research shows that the Latin America and the Caribbean region scored well in indicators, measuring health conditions for children, and has high adult survival rates and relatively low levels of stunting.

“Yet, its students underperform across all tested subjects under the Program for International Student Assessment (PISA) collected by the OECD. In addition, 20 percent of young people, between 15 to 24 years, are out of school or out of work, and vulnerable communities, including indigenous population, have higher rates of stunting due to chronic malnutrition. This also underscores the urgency of creating an environment conducive to job creation, especially for youth, women and vulnerable populations. For the poorest people, human capital is often the only capital they have,” World Bank Group President Jim Yong Kim said.

“Human capital is a key driver of sustainable, inclusive economic growth, but investing in health and education has not gotten the attention it deserves. This index creates a direct line between improving outcomes in health and education, productivity, and economic growth. I hope that it drives countries to take urgent action and invest more – and more effectively – in their people.

“The bar is rising for everyone,” Kim added. “Building human capital is critical for all countries, at all income levels, to compete in the economy of the future,” he added.

The Index ranks where each country is now, in terms of productivity of the next generation of workers.

Across Latin America and the Caribbean, Chile has made big human capital gains and ranks ahead of other countries in the region: a child born today in Chile will have 67 percent of the labor productivity it could have had, if provided with complete education and full health.

In countries like Argentina, Colombia, Ecuador, Mexico, Peru or Uruguay, children born today, once they grow up, will only be about 60 percent as productive as they could be if they enjoyed complete education and full health.

“Latin America has made significant human development gains over the past 25 years, but more needs to be done to improve the quality of education, provide the right work skills to help the next generations succeed in life and advance female participation in the labor force,” said World Bank Regional Vice President, Jorge Familiar.

The Index is included in the forthcoming World Development Report 2019 on the Changing Nature of Work, which addresses the importance of investing in human capital to prepare for the future of work.