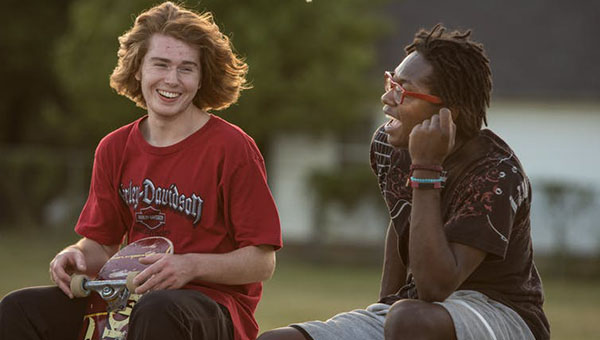 Sex-ed can equip and empower young people to make healthy and safe choices about their sexuality for themselves and for others. Photo credit: Simeon Jacobson/Unsplash, CC BY-SA.

Sex-ed Is Crucial To The Rights Of Children

Young people today live in a complex, fast-paced and perpetually connected world and face issues and pressures that were not even anticipated two decades ago.

They need a brand of sex education that is responsive to current realities, behaviours and pressures so they can get the most comprehensive and contemporary information about the issues that they will face and are facing in making decisions about relationships and sexual activity.

Yet value-laden debates have recently resurfaced on the Ontario Health and Physical Education Curriculum, with attention focused on sex-ed. Political parties with opposing arguments often zoom in on cultural, moral, religious and family values, but for our children and youth, the stakes are much higher.

Research shows that comprehensive sexuality education (CSE) helps young people understand the difference between healthy and unhealthy relationships, and gives them tools to help protect them from violence and non-consensual sexual activity. When a young person has been abused, it helps them know how to get help. 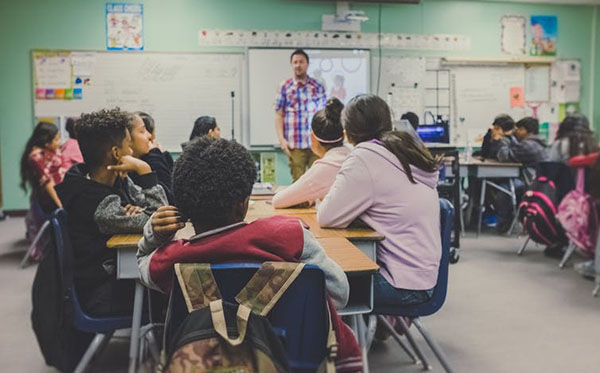 Sex-ed in schools can help teach the difference between healthy and unhealthy relationships. Photo credit: NeONBRAND/Unsplash.

Some of the aims of teaching comprehensive sexuality education are to empower and equip young people to “develop respectful social and sexual relationships,” to “consider how their choices affect their own well-being and that of others” and to help them protect their own rights as well as those of others.

Having relevant and current information is crucial to setting young people on a healthy path for life. It helps them learn to respect their own bodies and emerging sexuality and that of others, and it factors in on decisions around sexual activity.

What’s religion got to do with it?
Religion is sometimes raised as the reason for removing young people from sex-ed. Some religious leaders and parents might say their religion opposes certain teachings about sex. But religious groups are diverse and varied.

Religion is not against sex education. One Australian study shows that religious young people usually say they want to know about sex, even as they also want to maintain the religious values of their families.

Some worry that sex-ed might increase sexual activity among youth. Yet globally, a great many studies show that the provision of accurate CSE is associated with delayed sexual activity – not early. Evidence shows that youth who are taught sex-ed delay sexual activity, and for those who are sexually engaged, it reduces the number of sexual partners and unplanned pregnancies and increases the use of contraception.

Sex-ed is also directly linked with increased levels of autonomy, confidence, emotional well-being and better communication in adolescent relationships. Each young person has to make important decisions about their sexuality and sexual health, or will at some point in the future. Having accurate information is essential to their ability to make these decisions in a way that protects not only their health and well-being, but their dignity. 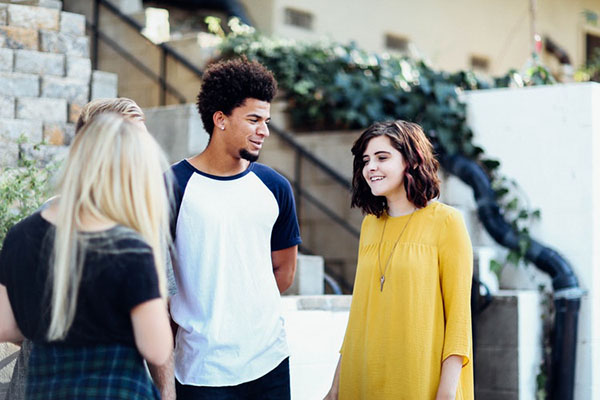 Many religious leaders agree that equipping young people with information through sex-ed in schools is a good thing. Photo credit: Alexis Brown/Unsplash.

Equipping young people with sex-ed knowledge is something that many religious leaders and people of faith would argue is core to their beliefs. What can sometimes look like a “public contest” between religion and sex is often narrowly portrayed and reinforces the assumption that religion and sex only exist in tension. This is just not true.

Here in Ontario, many religious leaders have spoken out in support of CSE, including more than 250 United Church clergy. When the revised curriculum was first introduced in 2015, members of the Muslim community in Toronto also spoke out in support of it.

Rabea Murtaza, one of the founders of Muslims for Ontario’s Health and Physical Education Curriculum, said: “Curriculum is an opportunity for Muslim families to have mutual, two-way dialogue about values, relationships, marriage and sexuality.”

These voices, and more, see sex-ed not as an attack on anyone’s religion, culture or values, but as evidence-based lessons that complement the unique values of each family and community.

Barriers to sexual health
Internationally, overcoming barriers to contemporary, comprehensive sexuality education is a strategic and growing priority. One of the targets of the United Nations Sustainable Development Goals is to have CSE available for all children.

Globally, advocates argue for things that we may take for granted in Canada: that adolescents must have their bodies respected, and must be able to make their own decisions around choice of partner, and whether and when to be sexually active, marry or have children.

Worldwide, adolescents face significant barriers in these areas.At least 23 million girls aged 15 to 19 have an unmet need for modern contraception, which is largely due to the social stigma associated with sexuality education and any discussion of premarital sex. The leading cause of death in this age group is related to unsafe abortions and pregnancy complications..

Ignoring the rights of children
This highly political battle has been centred on which group of adults has the power to determine the information that children will hear. Setting up discussions about what children should learn in school as a battle between various “authorities” misses a fundamental aspect of what is at stake: the health, sexuality, involvement, self-expression and rights of our youth. 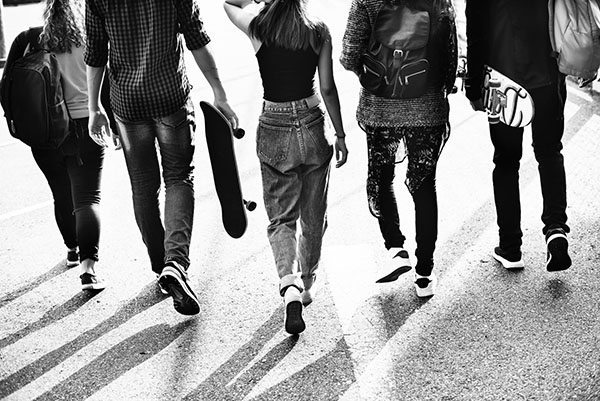 The political debate around sex-ed in schools misses the heart of what is at stake: the future health of our children. Photo credit: rawpixel.com/Pexels.

International treaty obligations, Canadian constitutional rights under the Charter, and human rights legislation do not explicitly mention sex-ed curriculum. However, it is a matter of law, both domestically and under international treaty obligations, specifically those outlined in the UN Convention on the Rights of the Child, that children are persons with rights to make choices for themselves.

Ultimately, when we are talking about bodily autonomy, health and consent, it is not the rights, beliefs or values of adults in authority, but the power of youths themselves to make informed decisions about, and protect, their own bodies, that should be the focus of education.

Children and youth are no one’s property. They own their own bodies and have legal rights to information, freedom of expression, identity and autonomy.

Disclosure statement
Valerie Michaelson receives funding from the Social Sciences and Humanities Research Council and the Canadian Institute of Health Research. She has also received funding from the Louisville Institute and the United Church of Canada’s Justice and Reconciliation Fund.

Rebecca Jaremko Bromwich serves in several volunteer capacities that relate to this work, although she speaks for none of them in this presentation and her views are her own alone. She is Vice-Chair of the Diversity Committee of the Carleton County Law Association, an executive member of the Child and Youth Law Section of the Ontario Bar Association, and the President of the Church Council on Justice and Corrections (CCJC), an ecumenical NGO that has a mandate of bringing attention to restorative justice and working for creative, compassionate, and humane solutions to criminal justice problems. She was appointed to the Board of the CCJC by the Presbyterian Church in Canada, with whom she serves as an ordained ruling elder.

Colleen M. Davison does not work for, consult, own shares in or receive funding from any company or organisation that would benefit from this article, and has disclosed no relevant affiliations beyond their academic appointment.