New in Pride
Home / Arts & Entertainment / An Intimate Evening With Ten-Time Barbados Calypso Monarch, Red Plastic Bag, In Support Of A Worthy Cause 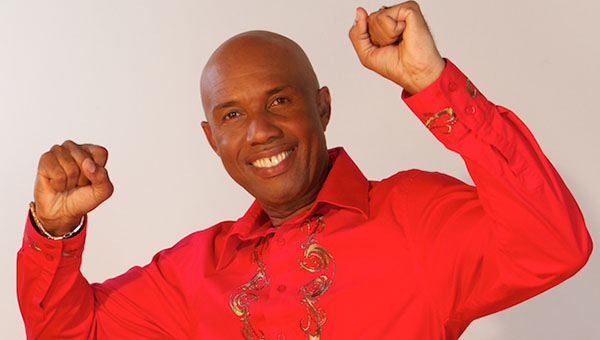 Red Plastic Bag (a.k.a RPB), whose birth-name is Stedson Wiltshire.

An Intimate Evening With Ten-Time Barbados Calypso Monarch, Red Plastic Bag, In Support Of A Worthy Cause

TORONTO, Canada October 16, 2018 — On Friday evening, Red Plastic Bag, the popular, 10-time Calypso Monarch of Barbados and one of the country’s four Cultural Ambassadors, plans to take the 400-plus patrons, expected at his upcoming concert, on a musical journey through his four decades in the entertainment arena, the show’s organiser, Alex Waithe, promised in a media release.

It will be the first time, in Canada, that Red Plastic Bag (a.k.a RPB), whose birth-name is Stedson Wiltshire, will perform his award-winning commentary calypso and soca songs, while revealing the background to their creation.

He will perform his major hits, such as “Ragga Ragga” that is recorded by other artists in seven languages; “Can’t Find My Brudda”, which is featured in the recently-released film, Hall, that was featured at this year’s CaribbeanTales Film Festival in Toronto; “Something’s Happening”; “Boatride”; and this year’s Crop-Over release, “I’m Alive”, among several others.

Accompanied by Neu Jenarashun Band that consists of eight very talented musicians, including a strong horn section, RPB will perform some of his early songs, and compositions, which transformed him into an outstanding calypsonian in Barbados and an outstanding entertainer in the Caribbean, and in countries such as Brazil, Australia, China, UK, USA, and Canada.

The Barbados-born Gibbs Brothers, with their enthralling folk songs of the Caribbean, and Crooner, with his humorous calypso tunes, are the opening acts for RPB’s intimate concert.

All profits from the concert will be donated to the Red Foundation Charity of Barbados, which “… grew out of the desire of renowned Caribbean entertainer and businessman, Stedson Wiltshire, aka. Red Plastic Bag, to give back to a society that has given so much to him”, noted the release.

The fundraising concert will take place at the Armenian Youth Centre Theatre, 50 Hallcrown Place, on Friday, October 26, starting at 8:30 p.m. Admission is $40.