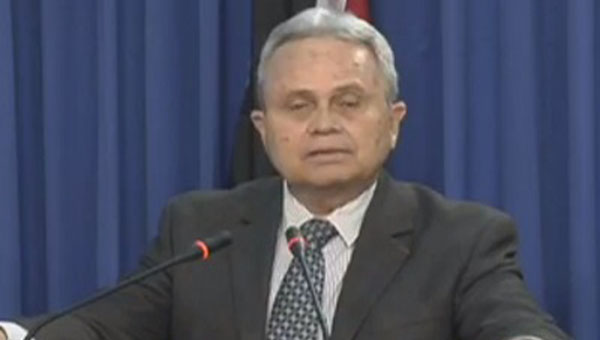 PORT OF SPAIN, Trinidad and Tobago, March 23, 2020 (CMC) – The Trinidad and Tobago government announced, today, a multi-billion dollar package, including a TT$1,500 monthly payment to unemployed persons, for the next three months, as the twin-island republic deals with the economic impact of the coronavirus (COVID-19).

Finance Minister, Colm Imbert, speaking at a news conference — at which it was disclosed that the number of people testing positive for the virus had reached 51 — said that the government would also be making significant amounts of money available, for the payment of Value Added Tax (VAT) and Income Tax refunds.

He said that the Keith Rowley government would be looking at various avenues for funding the initiative, looking for support from the Washington-based Inter-American Development Bank (IDB), the International Monetary Fund (IMF), the World Bank, as well as the Andean Development Bank (CAF).

The Finance Minister said that apart from these financial institutions, Port of Spain will also look towards loan-financing, on the international market, from large entities like Morgan Stanley, Credit Suisse, Bank of America, and J.P Morgan.

“So that we are going to use a mix of approaches. We are going to tap into all these sources to fund this program,” Imbert said, estimating that “the overall cost of everything, right now, as the way the price of oil has collapsed, natural gas has collapsed and also reduction in business activity that must occur…we estimated that we may have to have budgetary financing…of, somewhere between six and seven billion dollars.

Imbert disclosed that the government would need an estimated TT$400 million to finance the unemployment salary relief program, as well as TT$390 million to meet the VAT and Income Tax refund payments. In addition, the government has indicated its willingness to fund a TT$100 million Liquidity Support program for Credit Unions, for lending to their members.

“We recognise that people will go through hardship,” Imbert said, adding that the government would need to “find cash immediately” for the various social programs, and, “I estimate, the cost of what I have announced, to be in the region of maybe a billion dollars…and we are also accelerating trade payables, owed to contractors, suppliers and small business that do work for the government, that’s another billion”.

“We are looking at plugging a hole in our revenue situation, of six to seven billion dollars, and immediately, at another two billion, in cash, to deal with the support measures,” he added.

Meanwhile, Health Minister, Terrence Deyalsingh, expressed disappointment at some people, who were still flouting regulations, regarding social-distancing, as the authorities try to keep a lid on the virus.

He told reporters that the government had to close down a private pre-school in the west of the country, today, after the principal had sent letters to parents, indicating that the facility was open for business.

Deyalsingh said the army had to be called out for 40 patients at the Couva Hospital, who were among 71 persons, who had gone on a cruise ship tour, and later tested positive for the virus.

He said those patients were refusing to obey the laws, regarding their isolation, and that they were also violating the various zones, established to keep them away from the public.

Deyalsingh said he was also warning persons against sending their blood samples to private laboratories for “rapid testing”, noting that they were capable of receiving false results, and urged that only the Trinidad-based Caribbean Public Health Agency (CARPHA) be used.

“Private institutions feel they have different rules for them, there is one rule for all,” Deyalsingh said.

Prime Minister, Dr. Keith Rowley, who also participated in the news conference, warned Trinidad and Tobago to be prepared for an increased number of COVID-19 cases, in the near future.

“So far, I have not been informed that there has been any deaths from the virus or that we have had any community-spread, but we are not immune to that. It is an evolving situation, so let us be prepared and be ready in the event our turn comes, and we have to report community-spread.

“We are not testing everybody, but we are aware it is possible that in our society, there are people, who are infected and could be infecting other people. That is why we are saying, let us assume that this is so…and that is why we are staying away from each other, even though we are, at this point, demonstrating or presenting the symptoms that we know…”