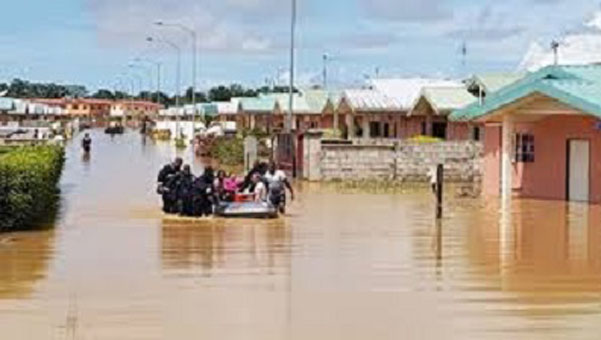 PORT OF SPAIN, Trinidad and Tobago, October 31, 2018 (CMC) – Trinidad and Tobago, still mopping up after heavy rains that caused widespread flooding and damage in the south and central parts of the island, is preparing for the passage of yet another inter-tropical conversion zone (ITCZ) over the next two days.

The Trinidad and Tobago Meteorological Service (TTMS) in a bulletin, today, said that a “Yellow Level” is in effect and that there is a “70 per cent chance of heavy showers or thunderstorms during the period, which may lead to street/flash flooding as well as landslides/landslips in areas so prone”.

TTMS said that gusty winds can also be experienced in the vicinity of heavy downpours, adding that rainfall accumulations of 35 to 50 millimetres (mm) can be expected, with higher amounts in isolated areas.

The TTMS said that the Yellow Level would remain in effect until Friday, and that potential damage can be avoided if persons monitor conditions and reduce their level of exposure.

The Office of Disaster Preparedness and Management (ODPM) said it was urging all citizens to be extra vigilant “and to take the necessary steps to preserve life and property”.

It added that while it wanted to reiterate that Trinidad and Tobago is not under tropical storm or hurricane watch, it is nonetheless necessary for the population to take precautions to lessen any injury or damage.

Earlier this month, heavy rains, associated with an ICTZ, caused various floods, landslide and damage to some of the country’s infrastructure.

The government has since said it would pay compensation to people affected by the floods.