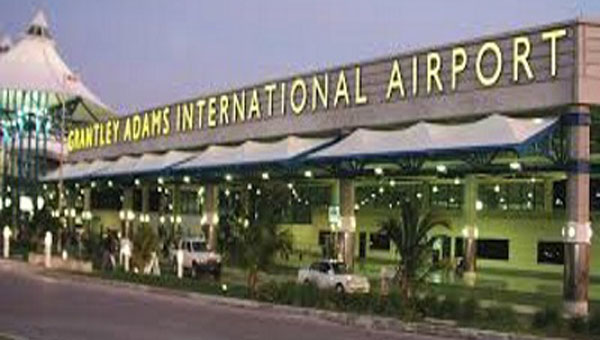 BRIDGETOWN, Barbados, December 14, 2018 (CMC) – The Barbados government says it will provide employees of the Grantley Adams International Airport Inc. (GAIA) an opportunity to become shareholders in a company, under an arrangement, which will also result in the airport being run by a concessionaire.

Prime Minister, Mia Mottley, who met with workers, earlier this week, said that significant infrastructural work was coming to the airport,and the government was in talks with the International Finance Corporation (IFC), the private sector arm of the World Bank, with a view to concluding an agreement on the matter.

She said that the proposed structure, which was yet to be formally approved by Cabinet, would allow government to retain ownership of the airport, while issuing a concession to “an outside entity that will be bid internationally”.

Mottley said this was being done to allow for significant expansion of the airport, including the addition of just under 30,000 square metres, in order for Barbados to become “the hub of choice for the southern cone”.

“The ownership of the airport stays with us.  We are not giving away anything…. The bottom line is that, that injection of capital that we need and infusion of systems that we need, we believe we can get by giving out a concession,” she explained.

Mottley told the workers that while the final numbers would depend on the accounting formula, it was expected that about 20 to 25 percent of the shares in GAIA would be available to the workers, as well as the National Insurance Scheme (NIS).

“We will keep faith with you and create a framework, in which all of the workers can share…. We need the accounting firms to come in and advise us on how best to be able to do that, for every category of worker at the airport,” she said.

Prime Minister Mottley also indicated that there were plans for improving efficiencies at the port of entry, including a decision to remove immigration officers from the departure area by year end.

With the establishment of the Joint Regional Communications Centre, which tracks the movement of all persons entering the jurisdiction, the service provided by Immigration at departure was no longer necessary, she said.

She said there were also plans for the full operationalization of the Automated Passport Control (APC) kiosks in the Arrivals Hall, and the removal of the Embarkation/Disembarkation (ED) cards by January next year.