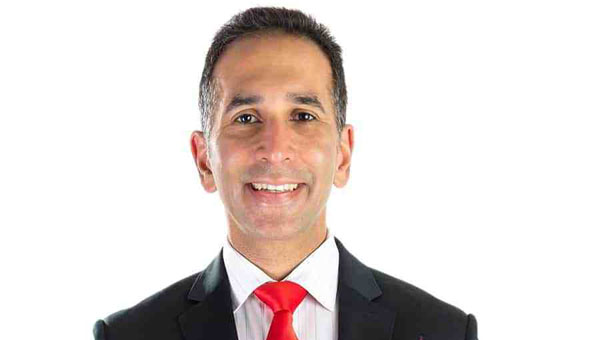 Trinidad and Tobago Attorney General, Faris Al-Rawi, said he is hoping that the opposition would lend support to the marijuana-for-medicinal-use initiative.

PORT OF SPAIN, Trinidad and Tobago, December 18, 2018 (CMC) – The Trinidad and Tobago government, complaining that the country has been in an “analysis paralysis”, announced, today, plans to introduce legislation to decriminalise the use of marijuana for medicinal purposes.

Attorney General, Faris Al-Rawi, told the Senate that the time had come to debate the marijuana issue, as several Caribbean countries have been contemplating legalising the drug for medical and recreational purposes.

He told legislators that the Keith Rowley administration would seek to introduce legislation, during the first half of 2019.

“It is anticipated that the legislation, to address the issue of the decriminalisation of marijuana, should be…laid and dealt with in this House, in the period of the first half of 2019,” Al-Rawi told the Senate, as he responded to a question from the Opposition Chief Whip, Wade Mark.

“We have already began consultation with the stakeholders…and upon having their feedback, we intend to hold public events to encourage a wider form of consultation on an issue, which has been around long enough….,” he added.

Al-Rawi said that among the stakeholders were members of the medical and legal profession, adding “we have written about 100 entities and we have received umpteen replies”.

He said the stakeholders also include “a very broad cross-section… to special interest groups”, adding that approaches have also been made by private individuals and interest groups.

“Having announced, as a government, our intention to treat with this issue, apart from writing to people, we have had many people come to us…which is why we intend to collate the information, address it in a public consultation, across Trinidad and Tobago, so that we have the widest form of understanding of this particular topic,” Al Rawi said, noting that the government does not intend to produce any “white or green paper” on the matter.

But he said he was hoping that the opposition would lend support to the initiative.

“We intend to go public on this position, and we do hope that the opposition volunteers a position on this, as well. So I would welcome the opposition writing in, to express their points of view on this topic. When we go public everybody will be invited and we will address the issue,” he added.

Last week, St. Vincent and the Grenadines became the latest Caribbean country to approve of the legislation to decriminalise marijuana for medicinal and recreational purposes, and last month, Dominica began a national consultation on the issue.

The Chairperson of the Caribbean Community (CARICOM) Commission on Marijuana, Professor Rose-Marie Belle Antoine, who spoke at the Dominica consultation, called for a change in the region’s cannabis laws.

She said, following the Commission’s two-and-a-half-year public consultation, she had now taken a firm position on the matter.

“… I would say I was sitting on the fence … but I want to say, upfront, that now that the work has been finished, and we prepared the report and sent it off to the CARICOM heads of government, I want to say, emphatically, that I am not sitting on the fence anymore. And after reviewing all of the evidence, looking at all of the laws, listening to people in the region, I am personally committed and quite clear in my mind, that the law needs to change,” she said, adding that this change could be through legalisation or decriminalisation.

“I personally feel it should be legalisation,” she said.