New in Pride
Home / International News / Guyana Government Goes To Court, Challenging The Legality Of The Passage Of The No Confidence Motion 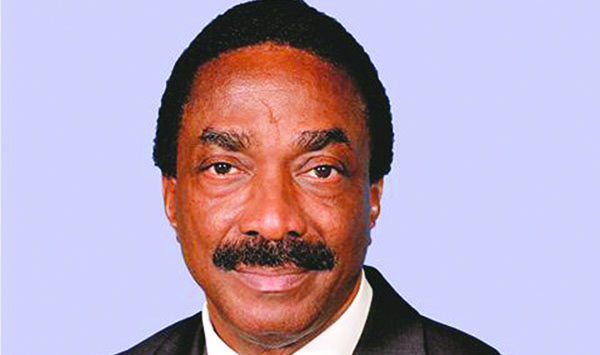 Guyana Government Goes To Court, Challenging The Legality Of The Passage Of The No Confidence Motion

GEORGETOWN, Guyana, January 7, 2019 (CMC) – The Guyana government, today, filed a motion in the High Court, challenging the legality of the opposition People’s Progressive Party (PPP)-inspired motion of no confidence on December 21, last year, that brought it down, three-and-a-half years into its first five year term in office.

Attorney General and Minister of Legal Affairs, Senior Counsel Basil Williams, is asking the High Court to rule on several issues, including whether the Speaker’s ruling that the motion was carried, by a vote of a majority of all the elected members of the National Assembly, is unlawful, null and void, contrary to Article 106 (6) of the Constitution of Guyana.

The coalition government — A Partnership for National Unity (APNU) and Alliance For Change (AFC) — headed by David Granger, suffered a major blow, after government back-bencher, Charandass Persaud, voted in support of the motion of no confidence that was tabled by Opposition Leader, Bharrat Jagdeo.

Since then, Jagdeo has called on the government to honour the vote, and hold fresh presidential and general elections, by March this year, in keeping with the Guyana Constitution.

But in the court documents, released by the Attorney General’s Chambers, the request is being made for the High Court to also determine whether the motion, upon a division vote of 33 to 32 members of the National Assembly, was validly passed as the requisite majority of all the elected members of the Parliament.

It is also being asked to determine whether the requisite majority of all the elected members of the National Assembly ought to be 34 votes.

Further, the government is asking the High Court to determine whether the President and all government can remain in office, as a majority vote was not duly carried, in accordance with Article 106 (6) of the Constitution.

It also wants the High Court to issue an order, setting aside or nullifying the Speaker’s ruling that the motion was carried.

The High Court is also being asked to determine whether it can grant a conservatory order, preserving the status quo, and that the President and all ministers remain in office until the hearing and determination of the questions being sought.

No date has yet been set for the hearing, but this is the second motion to come before High Court, since the motion of confidence was passed, last month.’

Last Friday, farmer, Compton Herbert Reid, filed a motion against Williams, the Speaker of the National Assembly, Dr. Barton Scotland and Persaud, who has since been expelled from the Parliament and the Alliance For Change (AFC), one of the minority members of the coalition APNU government.

Reid’s claim is restricted to the disqualification of Persaud at the time that he voted, given the fact that he has dual citizenship.