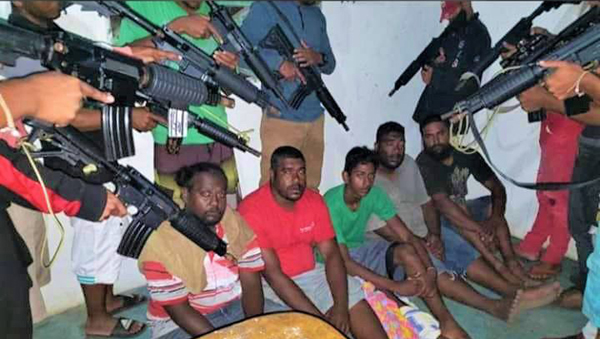 The police report that the men, Lynton Manohar, 35; Jason O’Brien, 38; Brandon Arjoon, 28; Jagdesh Jaikeran, 17; and Rickey Rambharose, 49, came back to Trinidad on a canoe.

O’Brien’s brother, Jerry, who was also kidnapped, along with the others, was sent back home, last Thursday, with an instruction to pay a ransom of US$200,000.

It’s reported that the family of the fishermen sold their boats, engines and a van to raise the money.

Police say the men appeared to be unharmed, and were expected to be taken to a health facility for a medical examination.

It is not known if the ransom was paid.