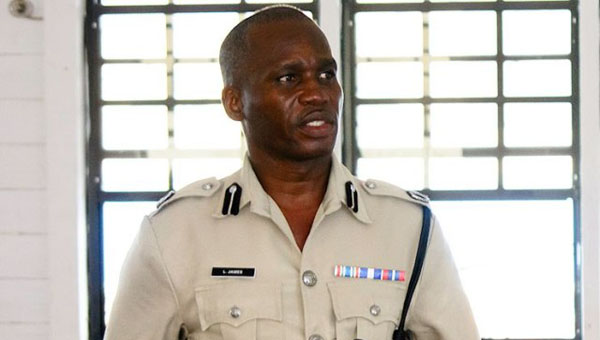 Guyana's Commissioner of Police, Leslie James, warns that anyone who breaches the law, will be held accountable and punished.

Guyana’s Commissioner Of Police Urges Citizens To Maintain The Peace

GEORGETOWN, Guyana, March 22, 2019 (CMC) – Commissioner of Police, Leslie James, is calling on Guyanese to remain calm and keep the peace.

This follows concerns raised, in certain sections, surrounding the legality of the government after yesterday, as leader of the main opposition People’s Progressive Party-Civic (PPP-C) Bharrat Jagdeo, “has been peddling the notion that the government will become unlawful and will be in breach of the constitution after March 21”.

According to the Police Commissioner, the matter, relating to the December 21 vote, is dependent on the ruling from the Appeal Court — at 3:00PM today.

Jagdeo, via his Facebook page, has called on Guyanese to not recognise the government as of Friday, March 22.

In various sections of the media, the leader of the opposition has also called on persons to “chase” government ministers and officials out of their communities, should they visit.

The Commissioner underscored the fact, that anyone who breaches the law, will be held accountable and punished.

“The leadership and the members of the Guyana Police Force have noted, on social media, seeming intention to disrupt the current calm in our society. May I warn, that anyone found in breach of the law, will be dealt with, in a condign manner. The Force’s membership, throughout the ten (10) Administrative Regions, are on high alert and endeavours to prevent and respond to any eventuality,” the Commissioner warned.

Meanwhile, Minister of Public Security, Khemraj Ramjattan, during an address to residents in the district of Kitty, to the north of here, on Wednesday, also called on them to remain calm and not be provoked by the falsehoods, being peddled by the opposition.

“We have to keep our calm, because they want to provoke people, but we must go about our work, keep the peace and not be provoked,” Ramjattan emphasized.