New in Pride
Home / National News / I Am Not Your Nice ‘Mammy’: How Racist Stereotypes Still Impact Black Women 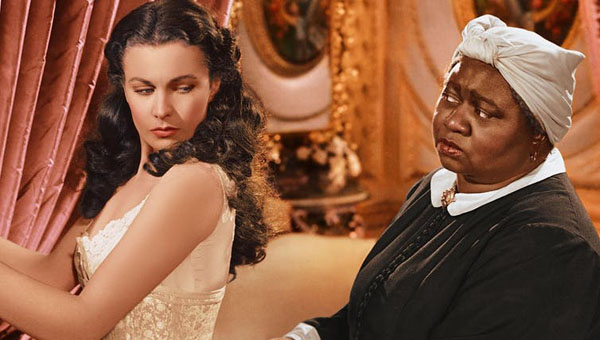 The historical depiction of ‘the mammy’ is a racist stereotype, with an enduring impact. Hattie McDaniel (right) won an Oscar for her role in ‘Gone with the Wind’ with Vivien Leigh (left). Photo credit: Selznick International Pictures.

I Am Not Your Nice ‘Mammy’: How Racist Stereotypes Still Impact Black Women

When I was a PhD student, a white, female professor was interested in my research, even though I was not her student. After I voiced concern about the similarities between her work and mine, the professor reprimanded me, over email. Like “the mammy” who was often punished if she did not appear warm and nurturing, I was told to stay in my lane and to remember my PhD status.

When Black women are treated like this, we can sometimes feel disempowered to do anything about it. Instead, through the act of what one scholar has called “Mammy-ism,” we might feel the need to accommodate white people, by acquiescing to their needs and assuming an inferior position.

In my opinion, Mammy-ism is often a response to the problem of niceness.

In a recent article for The Guardian, critical whiteness expert, Robin diAngelo, says that white people assume that niceness is the answer to racial inequality. She explains that niceness is conveyed through a light tone of voice, eye contact accompanied by over-smiling and pointing out some similarity or affinity between a Black person and white person.

But this creates a racial dynamic, where people of colour are required to maintain white comfort to survive.

Therefore, niceness can be a form of manipulation. According to wellness experts, there is a difference between kindness and niceness. Where kindness emerges from someone who is compassionate and comfortable in their own skin, niceness is often about feelings of inadequacy, a tactic used to get something from the other person — be it approval, acceptance or emotional labour.

Being a nice white person helps to reinforce one of the myths about racism — that racism is only perpetrated by mean self-proclaimed white supremacists. A nice person cannot be racist because they don’t have bad intentions, or so the argument goes.

‘Controlling images’
In the 2011 film The Help, when Cicley Tyson as Constantine Jefferson, the mammy to Skeeter Phelan (Emma Stone), is abruptly fired by her “nice” white family, despite decades of loyalty, and at the expense of her own family, many Black women likely said “hmmhmm” out loud, because we have either seen, heard or experienced similar abrupt dismissals. 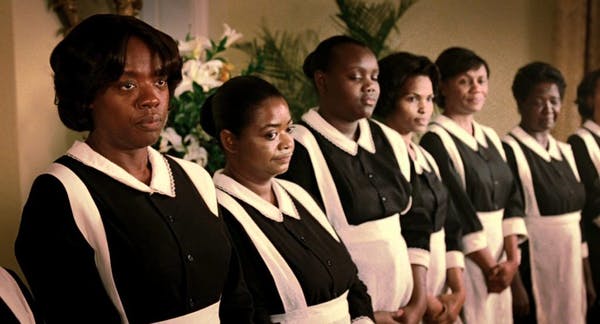 A scene from the movie, ‘The Help,’ with Viola Davis and Octavia Spencer. Photo credit: Disney Pictures.

In 1991, Black feminist scholar, Patricia Hill Collins, coined the term “controlling images” to describe how the dominant ideology of slavery created socially constructed depictions of Black womanhood. In addition to “the welfare mother,” and “the Jezebel,” “the mammy” has had a tight grip on how Black women are viewed and treated in western institutions.

The names mammy and aunt were both used in southern antebellum fiction to describe both a person and a role within the plantation home. Real mammies did exist, but they did not look or act like the fictional mammies created on stage, in novels, advertising, film and television who were rotund, dark-skinned and always happy to please with a smile.

One of the first fictional mammies appears in the novel Uncle Tom’s Cabin (1852) as the character Aunt Chloe. Mammy lives on through the advertising trademark Aunt Jemima, which has graced store shelves since her debut in 1893. U.S. songs like “Mammy’s Little Coal Black Rose” (1916) were played in local communities across North America, and served as a reminder that the dominant culture considered Black women to be their caregivers. When Hattie McDaniel won an Oscar for her role as Mammy in Gone With the Wind (1939), it also naturalized the role of the mammy in Hollywood. 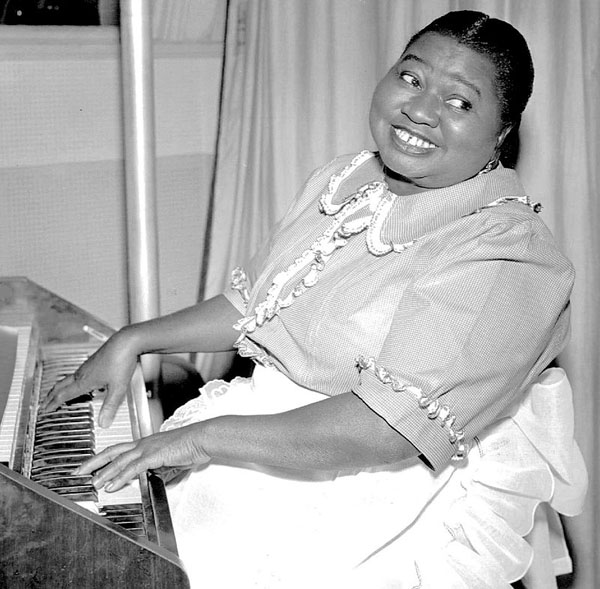 Hattie McDaniel received the Academy Award for the best performance in a supporting role, in 1939, for her work as ‘Mammy’ in ‘Gone With the Wind.’ In photo, McDaniel is seen as as Beulah, from the radio program of the same name. The original role was voiced by actor en:Marlin Hurt. Shortly after his sudden death in 1946, the role went to African-American actresses, beginning with Hattie McDaniel. Photo by CBS Radio – eBayfrontback, Public Domain, commons.wikimedia.org/w/index.php?curid=33363819.

Mammy was so enduring that in 1923, the United Daughters of the Confederacy (UDC) almost succeeded in their campaign to get the U.S. government to approve a monument “in memory of the faithful slave mammies of the South.”

Many have written about institutional racism, racial microaggressions and the lack of equity/diversity, especially at Canadian universities, and therefore, many may understand that these depictions of the mammy are racist.

However, in the 21st century, racism is not necessarily so overt. It is often perpetrated by people who feel threatened by Black people who are self-assured.

When a Black woman resists playing a subordinate role, some white people in institutional settings find issue with it.

How to end this centuries-long racial dynamic
I believe self-awareness is the starting point of any transformation. Unless we take active steps to do something about it, we can remain in the dark about unconscious racial bias. Once we become self-aware, we might become one step closer to laying the mammy to rest once and for all. 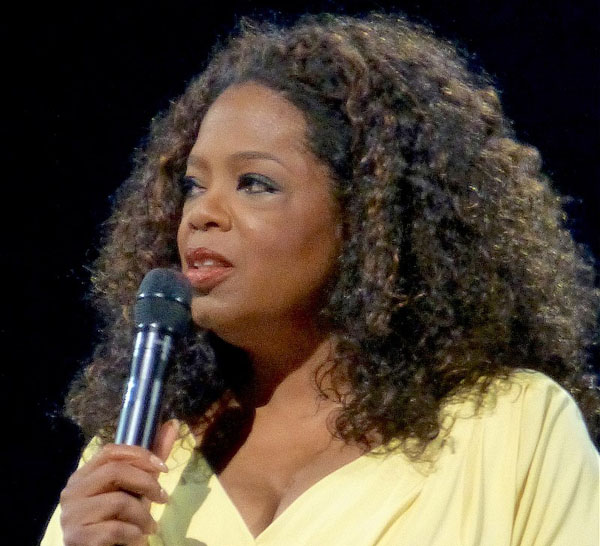 Oprah Winfrey, — seen in Miami, on her “The Life You Want” tour, in October 2014 — once said that all relationships are rooted in three questions: Did you hear me? Did you see me? And did what I say mean anything to you? Photo by www.flickr.com/photos/aphrodite-in-nyc – www.flickr.com/photos/aphrodite-in-nyc/15445694840, CC BY 2.0, commons.wikimedia.org/w/index.php?curid=45044905.

Ryerson University Professor, Beverly-Jean Daniel, argues that many white women in the Canadian academy lack awareness of their role in reproducing racial dynamics. Daniel explains that many white women have the power to reproduce patriarchy, marginalize and exclude Black women, but they are seldom called out as racist because, as a gender minority, they fit into marginalized categories created under multiculturalism and inclusion policies.

In a speech at the Stanford Graduate School of Business years ago, Oprah Winfrey said that all relationships are rooted in three questions: Did you hear me? Did you see me? And did what I say mean anything to you? Instead of putting on a veil of niceness, creating genuine connections by asking questions such as the ones Oprah Winfrey suggests, would improve white-Black woman racial dynamics.

Cheryl Thompson is an Assistant Professor at Ryerson University in Toronto.