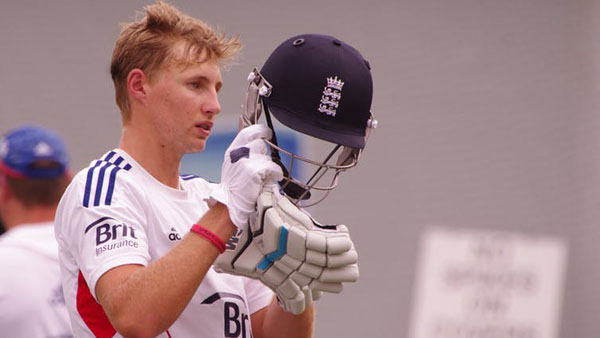 Sledging – unpleasant or personal remarks between players – is one of the less savoury aspects of cricket. Usually what happens on the field, stays on the field – but in the third test match between the West Indies in St Lucia recently, the England captain Joe Root publicly rebuked West Indies fast-bowler Shannon Gabriel for an ill-judged homophobic sledge by saying: “Don’t use that as an insult … there’s nothing wrong with being gay.” Gabriel later apologised and received a four-match ban from the ICC for “personal abuse”.

The exchange between the two players is evidence of how matters of equality and diversity vary across the world. Professional sport is, indeed, an international operation, where cultures clash and attitudes differ. While attitudes towards homosexuality in the UK are largely positive and, nowadays, even the norm, this is not always the case in non-Western states.

Research has shown, for example, that the strong influence of religion in the Caribbean, where cricket is such a popular sport, shapes more intolerant attitudes toward homosexuality – and LGBT+ rights more broadly. Perhaps, then, the casual homophobia disguised as “sledging” was an inevitable clash of two different cultures.

But it was Root’s reaction which has won him the support of so many — both inside and outside of sport. England rugby union internationals James Haskell and Tom Wood were among the first to praise Root for sending “a really strong message” in fighting homophobia in sport. The UK sports minister, Mims Davies, also praised Root for calling out Gabriel’s remarks.

Root, of course, is not the first professional cricketer to be labelled an ally; in 2009, England fast-bowling legend James Anderson was widely praised for appearing on the front cover of gay magazine Attitude. Recent years have also seen numerous other athletes across a range of other sports go on record and pledge their support for various LGBT+ causes. 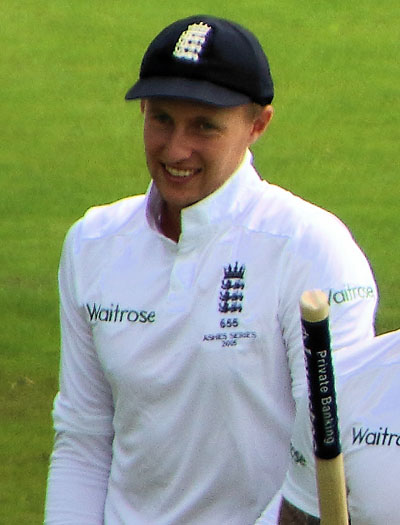 In Root’s case it would have been very easy for the England captain to have said nothing – the usual response to unwanted on-field sledging. But he did something positive – something which could, of course, have a significant knock-on effect for younger LGBT+ people seeking a career as a professional athlete. Therefore, unlike psychologist John Amaechi – who wrote in the Independent that Root shouldn’t be praised for doing precisely what you would expect from anyone who witnessed homophobia – I think praise for Root sends an important message that homophobia is not acceptable and will not be tolerated in professional sport.

Forcing change
Over the years, sport has rarely been recognised as an industry committed to equality and diversity. Typically, it has been seen as a cultural arena in which dominant forms of masculinity, and heterosexuality, have been both encouraged and celebrated. If we look back at some of sport’s first openly gay, lesbian, and bisexual athletes, they were hardly welcomed with open arms. Footballer Justin Fashanu and tennis players Billie Jean King and Martina Navratilova are but some of the examples of sport’s seemingly incompatible relationship with “alternative sexualities”.

But the industry has undergone remarkable social change over the past two decades – change expertly summarised by the brilliant US academic, Vikki Krane, who in 2016 wrote: “Sport is entering a new era of inclusion and acceptance. Previously dominated by stereotypes and norms surrounding masculinity and femininity, prejudice and discrimination towards non-conforming attitudes had prevailed … Yet, as more athletes reveal their gender identity, sexual orientation, and LGBT identities, they are being supported by teammates, coaches, and fans … This is a whole different landscape from what has occurred in the past.”

Sport, then, despite so many claims to the contrary, is, it seems, falling in line with broader social trends across the West; in the UK and the US, for example, social attitude surveys – probably the most effective means to measure cultural attitudes toward homosexuality – have never been as unerringly positive as they are now.

Team pride
But, as I wrote in a recent article for the UK’s Sports Media LGBT+ Network, professional sport still has an image problem. Whether it’s sexism, racism, Islamophobia, homophobia, biphobia, or transphobia, sport is so often at the forefront of debates concerning equality and diversity. To complicate matters, academic research apparently pales into significance in comparison to quantitative surveys from various organisations – among them Stonewall and Football v. Homophobia – which alleges high levels of homophobia.

The commitment to LGBT+ visibility, then, is absolutely crucial to improving sport’s image, thus ensuring that members of the LGBT+ community are not turned-off from participating in sport – in whatever shape or form that may be. In recent years, this visibility has been most evident in the evolution of the Rainbow Laces campaign.

With the might of Sky Sports’ backing, this has undoubtedly had a positive impact. The most recent of these campaigns, in November 2018, saw Stonewall FC – the UK’s first LGBT+ football team – become the first club of its kind to play at Wembley Stadium, while Altrincham Town will don a Rainbow kit on Saturday February 16, in support of football’s ongoing fight against homophobia.

Similarly, the emergence and increase of LGBT+ fan groups at a rate of knots -—including, most recently, Manchester United -— has provided a welcome environment and safe haven for LGBT+ fans, especially in football.

Just as effective as this, however, is also the notable increase in heterosexual allies in sport–just like Root. The Warwick Rowers’ are perhaps one of the earliest high-profile examples of heterosexual allies – their annual calendar has, according to Pink News, “won international acclaim for promoting LGBT+ inclusion and gender equality in sports”.

In stigmatising homophobia – and not homosexuality, as was previously the norm – all this shows us how far sport has come. If more professional athletes were as active and bravely outspoken as cricket hero Joe Root, sport would be an even more positive place for LGBT+ people.