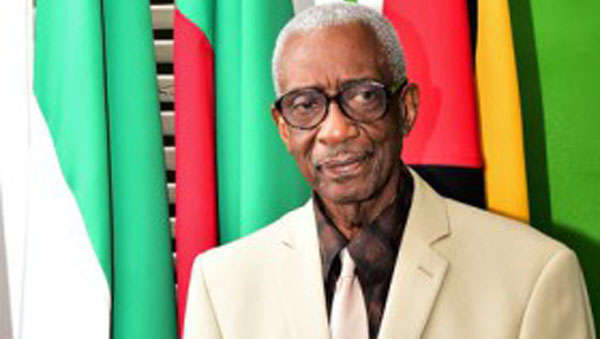 GECOM Chairman, retired justice James Patterson (pictured) had the criminal charges, brought against him and the three government-nominated commissioners by a private citizen, thrown out by Chief Magistrate, Ann McLennan, who described the charges as an abuse of the court process, that had no purpose and appear to be frivolous.

Attorney, Sanjeev Datadin, had filed the indictable criminal charges against Patterson, and commissioners, Desmond Trotman, Vincent Alexander and Charles Corbin, on behalf of civil engineer, Marcel Gaskin, as the political stalemate, as to how soon regional and general elections will be held, here, following last December’s successful motion of no confidence against the David Granger government.

GECOM has said that it cannot meet the March 19 deadline, given by the main opposition People’s Progressive Party (PPP) for the elections, opting instead for a date in July.

The government has, in the meantime, appealed the High Court ruling that the December 21, 2018 motion of no confidence, passed in the National Assembly, is valid and that the polls should be held within 90 days of that date.

The private criminal charges claimed that the four GECOM officials had conspired “to breach the Constitution, contrary to the common law”.

The complaint alleged that during the period, December 22, 2018 to March 9, 2019, the defendants conspired to breach Article 106 of the Constitution of Guyana, which provided for the holding of general elections in Guyana ,within three months from the  December 21, 2018

In dismissing the charges, the magistrate said that they were an abuse of the court process, had no purpose and appear to be frivolous.