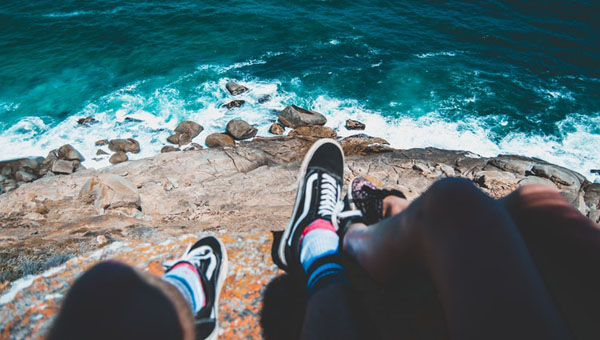 What’s Driving The Rise Of Mental Health Issues And Suicide In Teens?

Suicide is now the second-leading cause of death for teens (after accidental injury). Further, a new study shows that the number of children and teens in the U.S. who visited the ER for suicidal thoughts and attempts doubled between 2007 and 2015. It’s time to untangle the causes of mental health issues in teens and start saving lives.

Modern life creates a perfect storm that can lead to teen depression, anxiety, and sometimes, suicide. To stop it, we must understand where their pain is stemming from. This’s why we created Stay Alive, a new documentary, available here on YouTube, serving at-risk populations and featuring suicide survivor Kevin Hines and suicide prevention advocate Rayko (#StayAliveNow). Once everyone can empathize with their isolation, pain, and fear, we can offer understanding, and help them feel far less alone.

How Did We Get Here? A Few Insights
Babies arrive half-baked. When babies are born, nature’s work is done. Their nurturing in the first six months—the other half of being baked—wires them for life.

Babies are somewhat aware of their own helplessness, and look to their parents to provide security, comfort, and emotional support. When looking into their parents’ eyes, they are essentially asking, Can I trust you?

For the last few generations, babies have not gotten the deep connection they need with parents, and this has led to anxiety, insecurity, and fear later on.

We’ve turned into adrenaline junkies. As a society, we’ve always relied on emotional closeness, tenderness, and love to trigger dopamine, a pleasure chemical. We spent time together creating the reassuring feelings we need to carry us through life.

But in today’s age of instant gratification, we rely on quick hits of excitement and adrenaline, which also trigger dopamine, to get our emotional satisfaction. As we become busier, we have even less time to spare. Closeness and tenderness take too long to manifest and so adrenaline wins out time and time again.

As parents, we’ve become preoccupied. Parents no doubt love their kids, but also live in the modern world of distraction and busyness. Therefore, many parents today are preoccupied, rushed, and unintentionally “neglectful.” (This is not neglect in the traditional sense; here, “neglectful” refers to rushed feedings, and spending less time bonding.) Parents are adrenaline junkies, chasing work and achievement, with little time for emotional bonding.

When babies look up at their parents and get a “busy signal,” they internalize it for life.  A preoccupied parent can’t tune in to where a helpless infant is emotionally. This signals to the baby that they are on their own, and that can be terrifying. It creates distrust and insecurity that stays with them. They never internalize the feeling it will be okay. The insecurities planted at such a young age are hard to address later in life.

Kids are missing the everything will be okay feeling that comes from their parents’ closeness, bonding, and reassurance. This sets them up for success, self-reliance, and confidence later in life. With proper nurturing, people can tap into the feeling that everything will be okay. Without it, they’re in for lifelong insecurity, distrust, and anxiety. This becomes problematic when they start hitting trauma later in life.

When children and teens don’t have this feeling in their soul, they fall apart at the first sign of trouble. When they don’t receive the approval they crave from teachers or authority figures, they often feel hurt, resentment, anxiety, and anger, which can lead to depression. (Remember, Freud said that anger turned inward is depression.)

Kids aren’t learning to cope. People who can take life’s inevitable hits reach into themselves when things get hard and come up with heart. They are the ones who received the maternal empathy and comfort that children need, followed by the paternal reassurance that everything would be okay. People who can’t take hits reach in and plummet. 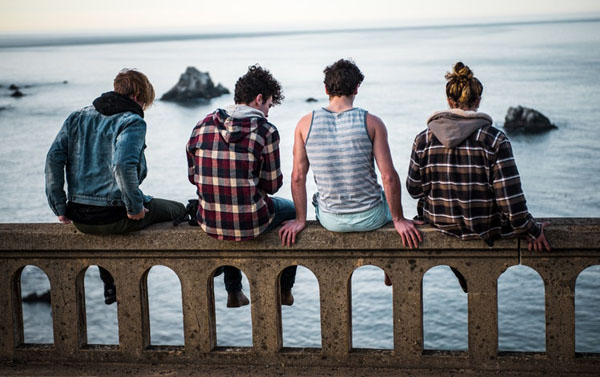 Modern teens often reach in and come up short. Not only are they missing that initial bonding, but when parents are consumed with achievement and adrenaline, they often push children in ways they might not normally have done. Messages pour in like, It’s your own fault, or, You can do so much better than this. This perpetuates the child’s feeling that they are all alone and not good enough.

They look for relief in the wrong places. Sadly, the parental preoccupation remains. As these children grow up feeling unworthy of attracting their parents’ attention and approval, they throw themselves into anything that distracts from the pain.

Sometimes it’s achievement, as that’s what makes their adrenaline junkie parents smile. They make themselves crazy to achieve, as they think maybe then their parents will connect. But this doesn’t really satisfy their need for approval and connection. The parents aren’t paying attention to who the kid really is; they’re just getting a buzz from their child’s accomplishments. Sometimes, they become super achievers.

Some turn to drugs and alcohol, or other distractions. They start suffering from “disavowed yearning”—when kids who didn’t get the support they needed in infancy convince themselves that they don’t need that connection from their parents. Sometimes it can lead to behavior like drug use. The underlying thought is, See, I don’t need any of you because I can just take drugs.

The adrenaline rush transfers to the next generation. Kids, too, become fully indoctrinated into the adrenaline junkie culture, focusing on achievement, still trying to get approval. They learn to achieve without the emotional support of their parents. To that, preoccupied parents say, “Good for you,” and then take credit for being an awesome parent. This pushes the child ever further away and deepens the chasm.

Enter social media. Social media says, Don’t worry about all the things you aren’t getting in the world. We are going to give you something that excites you. It makes kids feel they don’t have to feel powerless, vulnerable, frustrated, and angry. Suddenly they feel invincible, focused, confident, and in total control. (Again, this excitement creates adrenaline, which masks the pain.) 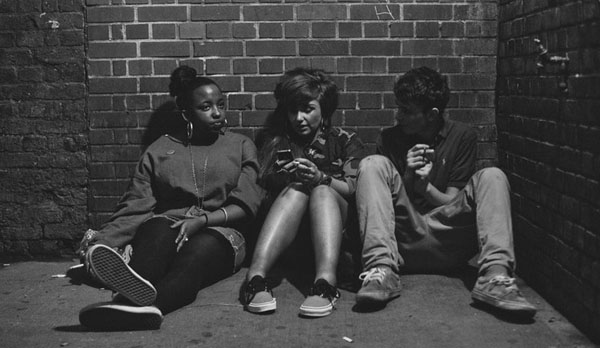 Social media perpetuates the problem by creating a lack of emotional bonding. Instead of forging real relationships, teens bond with influencers and fake personalities. It allows them to be create their own alternate identity. It exacerbates the feeling that they are not good enough (compared to everyone else’s great life). It discourages social relationships and the ability to bond with others.

Parents and kids collude to avoid feeling the pain. Parents too suffer from a lack of bonding. Everyone’s collective solution is to just stay busy (so the feelings will go away). We push to keep the adrenaline high, because when you have a crash, you get ADD and lose your focus. You lose everything. So you’ll do anything to maintain the adrenaline high and avoid feeling those negative feelings. But they don’t just go away.

And then comes the adrenaline crash. Suddenly, they aren’t focused, powerful, or in control. They crash and are back to feeling powerless, vulnerable, frustrated, helpless, and angry. They get behind. Parents are disappointed and yelling. They start cutting corners to get by. They cheat on tests or do other things in response to the pressure they feel to succeed, and things start to plummet.

Where Do We Go from Here?
Staying distracted from our feelings is not a long-term solution. We have to really process them to get better. Feelings must be felt all the way through, in the same way you need to drain an abscess to heal.

Ultimately, we must get off the adrenaline high and return to bonding. Excitement can’t take the place of intimacy. We have to stop believing that everything is okay when it’s clearly not.

Understanding the complex factors that are leading to increased mental illness and suicide is the first step to helping stop this crisis. Then, we can respond with empathy and understanding to save the lives of teenagers everywhere.

If you or someone you love needs help, call 911 or call the National Suicide Prevention Lifeline at 1-800-273-TALK (8255), or visit www.suicidepreventionlifeline.org.

Dr. Mark Goulston is the co-creator and moderator of the suicide prevention documentary Stay Alive. He is a former UCLA professor of psychiatry, FBI hostage negotiation trainer, suicide and violence prevention expert, and one of the world’s foremost experts on listening. He is the author of the best-selling “Just Listen”: Discover the Secret to Getting Through to Absolutely Anyone, which became the top book on listening in the world. Dr. Goulston’s HBR IdeaCast episode Become a Better Listener is ranked number one of all their podcasts. He is also host of the My Wakeup Call podcast. Dr. Goulston is on the Board of Advisors for HealthCorps and will be receiving the Dr. W. Mark Warfel Resilient Heart Award this month.